We are Cat & Rachael aka – TandemWow (wow- Women on Wheels)

We spent day 13 resting in the hills surrounding Cannes. In the evening we thought it would be nice to visit Cannes – maybe a walk along the beach and dinner. However, we had to buy a can of tomatoes first! Simple enough? Anyway, we got a lift, supposedly into Cannes, from a kindly neighbour who took us to a supermarket for the tomatoes. So far so good! Except the kindly neighbour drove us out of town to “mega store”. We left mega store with the aforementioned can of tomatoes to spend 10 minutes trying to get out of mega store’s mega car park. Hot and tired we finally arrived at the road. We looked around – no Cannes (unless you count the tomatoes), no beach, no taxis, no public transport. There followed a long walk back into Cannes. Tired, hungry and exhausted we finally found a pizza restaurant and refuelled. We got to bed after midnight… so much for a rest day!

We set off from Cannes and immediately heading for the beach determined to see Cannes before we left. After coffee, we headed along the coast to Monaco and made a beeline for Monte-Carlo and the famous casino. It was difficult to get to the front of the casino with Alice (the tandem). Barriers seem to have been put in the way to stop us. We persevered and were pleased to find ourselves at the steps. It was short-lived as a police officer told us we shouldn’t be there – it was a very “prestigious” place with “very important people” and it was not for “camping”. We took our pictures quickly and headed off fearing arrest for not being a VIP. It took us some time to get out of Monte-Carlo- we seemed to be going around the Grand Prix circulate but at about 3 mph! We finally escaped and headed up the coast into Italy.

We cycled part of the famous San Remo bike race. There is a fantastic cycle track which goes through a massive tunnel with the story of the race on posters in the tunnel. It felt fabulous to be in the cool and to have followed in the bike tracks of cycling legends.

From San Remo we headed along the undulating coastal road along the Italian Rivera past holidays sites – where my family and friends visited by converted bus in the 1970s taking over campsites, and bringing mountains of camping gear and canned food from home including barrels of water, packs of bacon and on one occasion a chicken in foil which strangely went missing during the journey and was never seen again. On route, we would stop at the side of the road (normally somewhere smelly), get out a wallpaper table (they are very long) a big kettle and we would have a “brew”. On another occasion whilst passing through Paris, one of the huge water barrels rolled out of the front door of the bus whilst moving causing drivers to swerve as the equivalent of a bouncing water bomb careered towards them. But anyway, I digress.

Having passed through Genova and reached Le Spezia, and having done some epic climbs, (labouring up the hills trying to avoid auto-pause on the wahoo by dropping below 2 mph), we started to head inland to Pisa. The heavens opened and we were faced with a storm of biblical proportions. Thunder and lightening and the temperature dropped from the 35degrees we had been experiencing to jacket weather. At least it would help with the heat rash. Anyway, the rain was bouncing off the roads making them like skating rinks and the tunnels, (there are numerous tunnels along the coast – some are really long. Our tactic was to ride as hard as we could and hope no one would hit us – fortunately this worked), were even more treacherous than normal. We arrived in Pisa soaking wet and cold. We stared at the tower – which does lean a lot! And headed for a café for hot chocolate. The concerning thing was that it was St Swithin’s day, (I only know this because it’s my brother’s birthday) and if it rains on St Swithin’s day it’s supposed to rain for 40 days and nights. Luckily it didn’t and the next day we woke to sunshine.

We were excited as we were heading for Florence. We seemed to take the hilliest route heading over the only hill in the area gasping as we climbed it and cycled on into Florence. Florence is beautiful and we thought it would be good to ride Alice through the streets so she could take in the atmosphere too. We were also keen for our mascot Nik, the Stolen Goat, to experience a bit more culture. Scattering tourists, we headed for the Duomo and stared up at the intricate carving and imposing dome and tower. We headed to the Uffizi gallery and beautiful square, parking Alice in the centre where we had a number is tourists approach us for photos (of Alice). We then headed to the market. It was tricky getting Alice up the wheelchair ramp – but we finally managed it and ordered two enormous pizzas.

We left the beautiful Florence on route to Venice. We passed through the refreshing alpine scenery in the hills near Bologna climbing our highest mountain passes so far at 965metres (almost as big as Scarfell Pike the highest mountain in England). Through the flatlands with their waterways teeming with wildlife and across Italy to Venice. The approach to Venice was through one of the most industrial areas so far. Lorries thundered by and we set a fast pace even though the roads were full of potholes. Alice flung off a bag on one busy road causing a bit of a wobble. However, it was worth it for the experience of approaching Venice over the long bridge in the evening light.

We could see the churches and district Venetian towers as we approached juxtaposition with the massive cruise liner sitting in the bay no doubt displacing water into this amazing and magical city. It was a poignant moment for me as Venice was our last family holiday before my Dad passed away so I have very strong memories of him standing in St Marc’s square staring up at the beautiful buildings. I hadn’t been back since. Sitting by one of the numerous canals we raised a glass to him.

The journey from Venice was as beautiful as the sunset over the water. There is nowhere quite like it. We headed on to Trieste, a long flat ride but rewarded by an amazing approach to the City only a few miles from the Slovenian border. We arrived and went in search of a campsite only to make a wrong turn on the complex road system heading out of the City. It was late by now and we were 90 miles into the ride so tired. We headed through the red light area and to avoid heading down the motorway, up a hill into a place with a village feel. Outside of the Spaghetti House, we saw another tandem. Alice headed for him or her (not sure which) and we had a fantastic dinner of pasta chatting to the tandem owners. It was really late by now so the restaurant owner took us to a Bed and Breakfast over a local bar (it turned into a bed with no breakfast). We were welcomed by the villagers who wanted to know everything about the trip and regaled us with a story of a visit to Worcester! Finally, we escaped. The next day we decided to take the day off – cycling about 10 miles over the border into Slovenia. Italy had been beautiful and amazing. We are over 1500 miles into the journey and start the next leg through the Baltic’s. 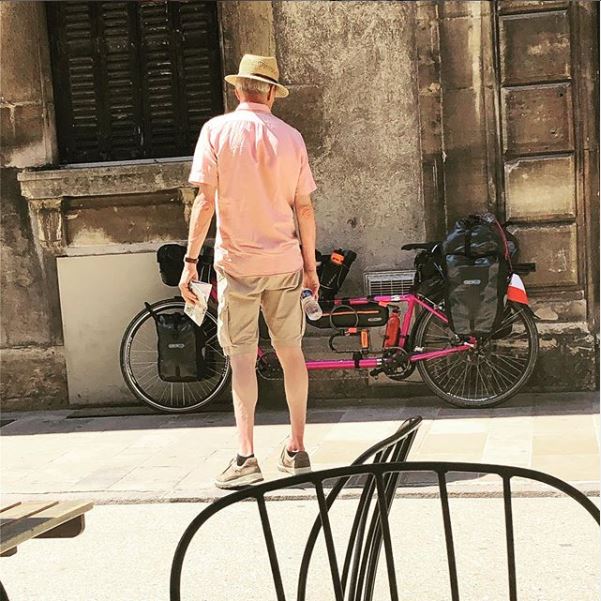 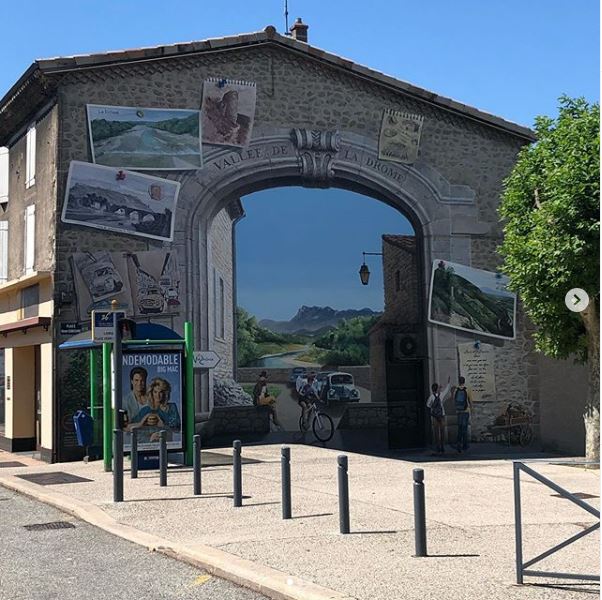 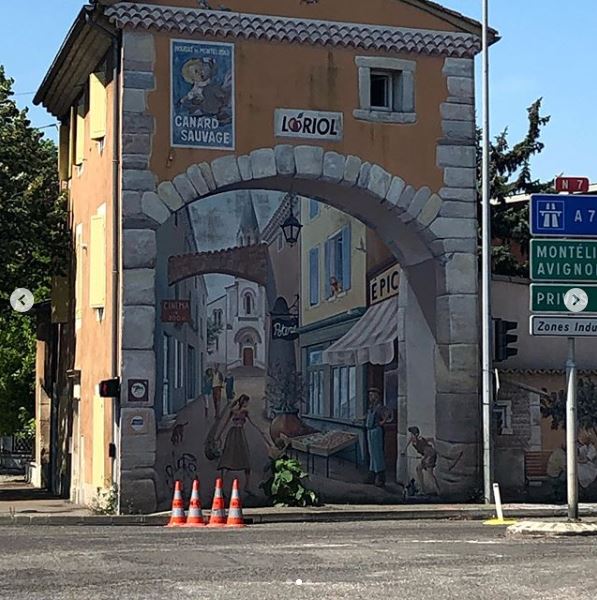 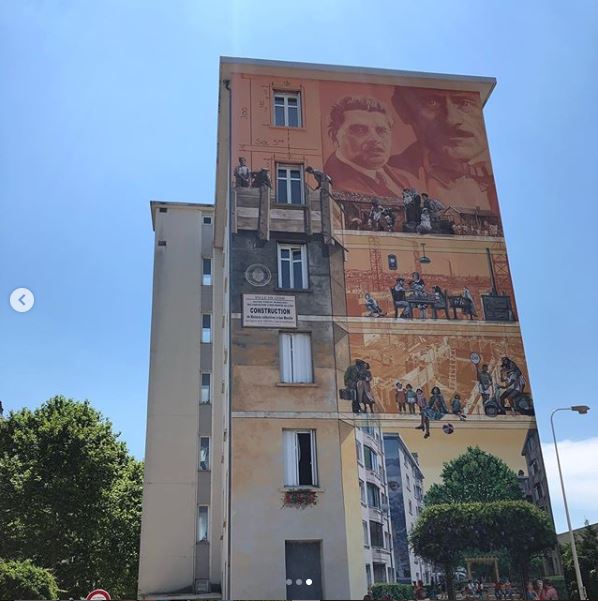 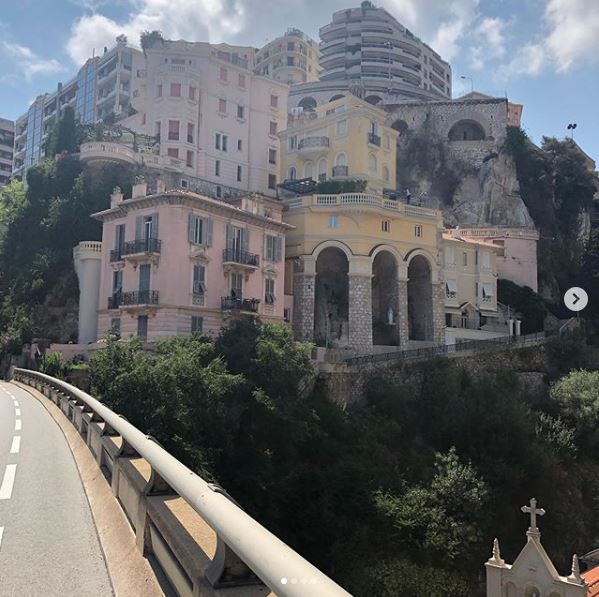 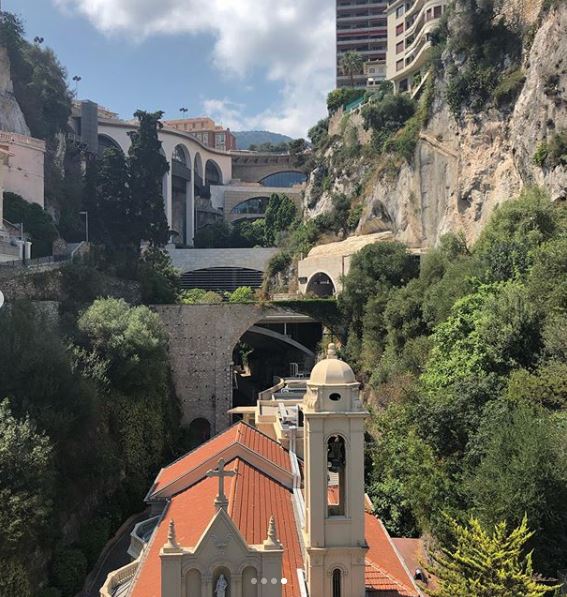 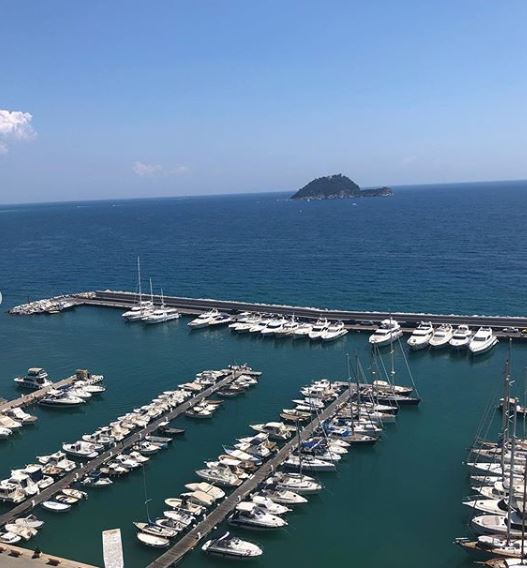 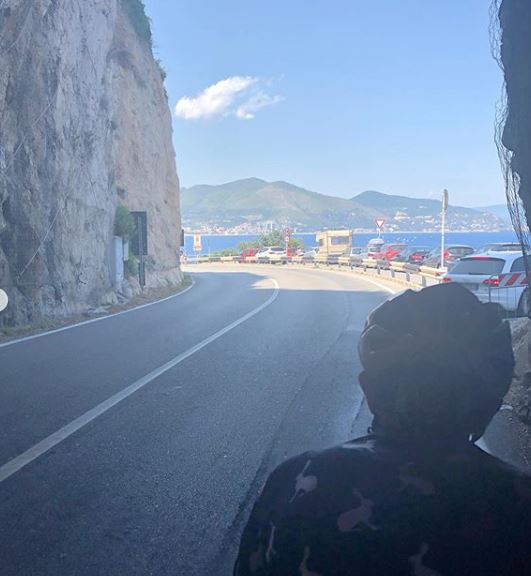 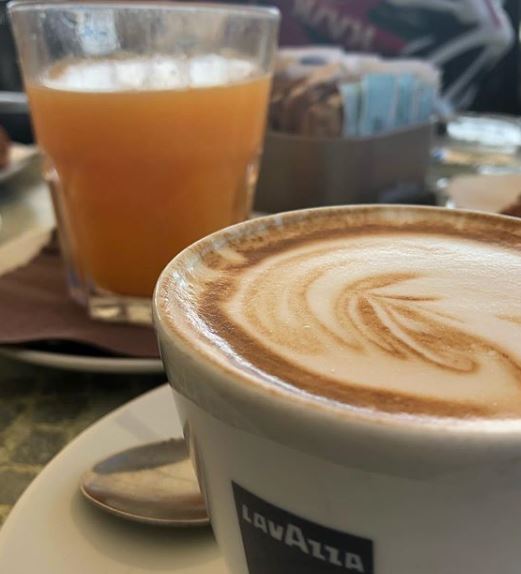 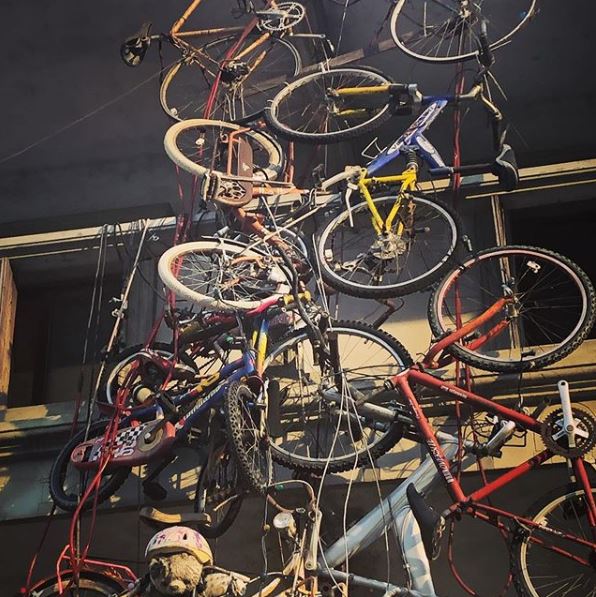 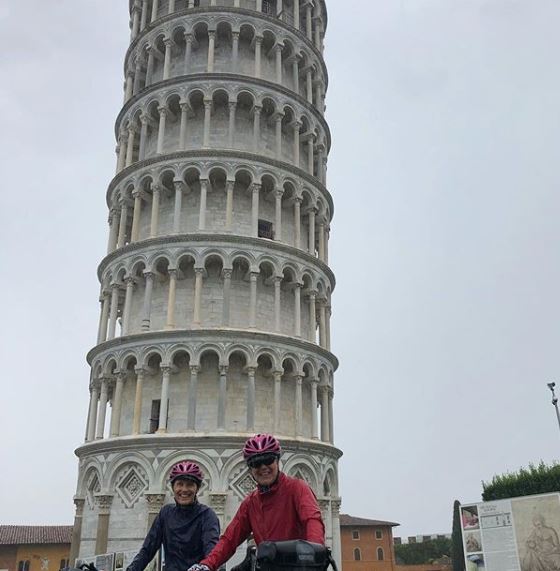 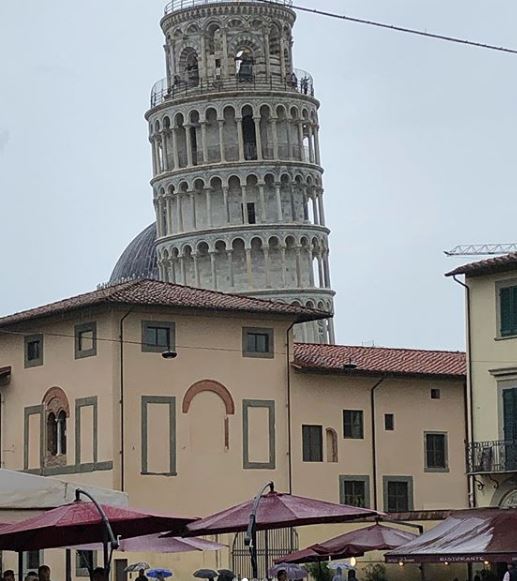 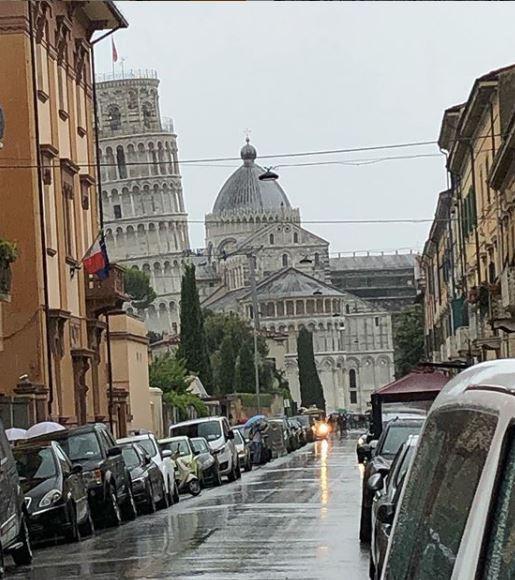 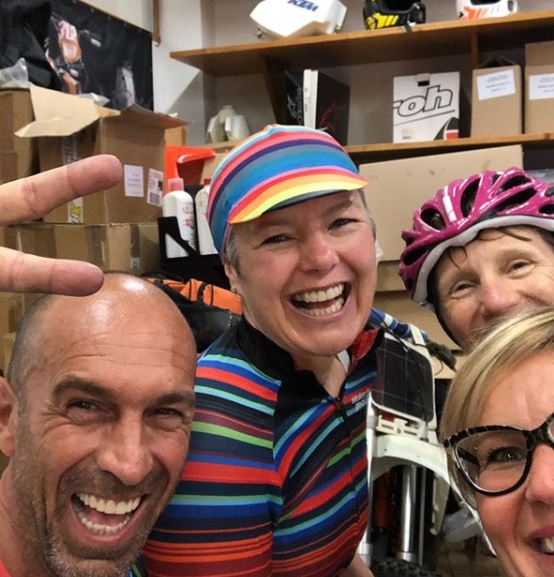 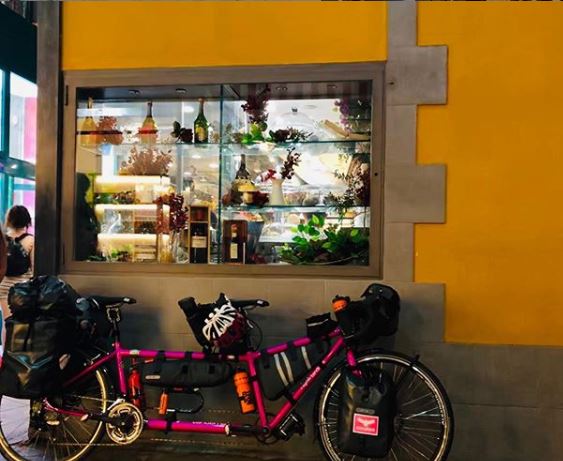 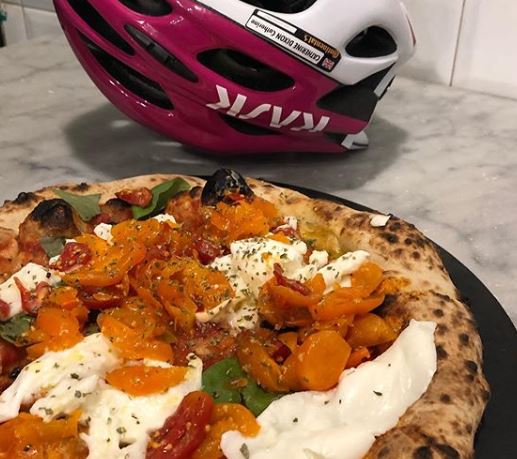 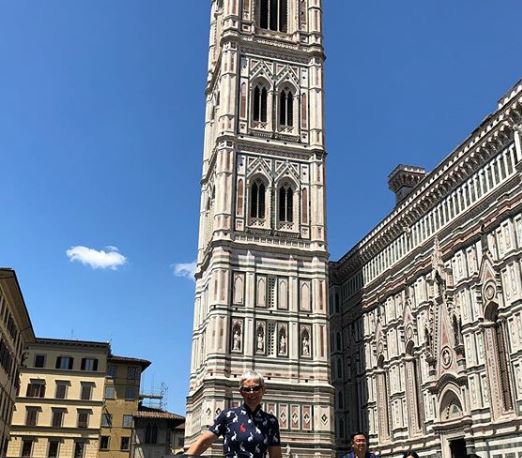 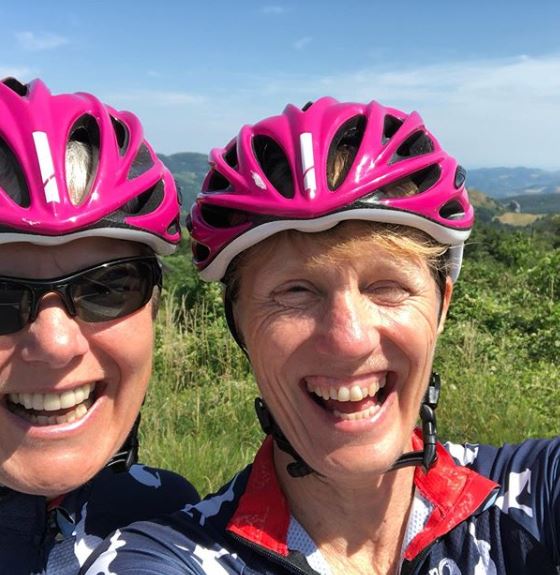 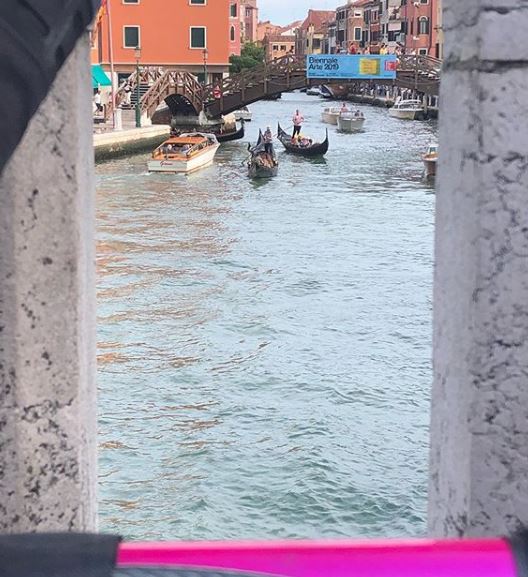