We’re currently sitting in Kathmandu, a city engulfed in a cloud of swirling dust. It’s been a massive change spending the majority of the last month of our adventure in the metropolises of the Indian subcontinent after the remoteness and isolation of the Pamir highway.

Before we dive into our adventures through Western India it’s worth noting that it’s very difficult to find positive opinions or reviews of cycling through this country. So far we have loved it. Many people stick to the tourist trails of Uttar Pradesh which might give you the fastest east-west crossing of the country but it passes through one of the most densely populated parts of the globe with obvious side effects for cycle touring. For anyone considering cycling in India, we urge cyclists to see past the swarms that you can find yourself wading through. Everyone may be fascinated by you, stare and ask for seemingly infinite numbers of selfies but if you move past that and travel through some of the lesser known parts of the country you will find a different side to India, away from the horn-ladened bedlam that runs day and night.

On with the adventure!…

A month prior to arriving in Kathmandu we hotfooted it to Bishkek airport with bikes boxed and suitcases (panniers) packed for our flight to New Delhi, slightly worried about our precious bikes and equipment surviving the process. Touching down in Delhi was an attack on the senses that lived on throughout our stay in the city. Sights and smells (both good and bad) fill the eyes and ears. Vividly bright explosions of colour, everything moving in a hurry, except for cattle cruising the highways and an army of leisurely paced pigs in stinking open drains.

We planned to stay in Delhi to get stuck into the artistic community there before heading off on the bikes again. After a month of the barren highlands of central Asia we were also keen to find willing audiences to play our freshly penned tunes in front of! After initial disappointments in our search we were welcomed in by the Sofar Sounds community. Sofar Sounds is an international co-operative that arrange gigs in intimate spaces all over the world. You never know what the venue will be like until you arrive, so as we ‘tuk-tuk’d’ across the city to an address we had no context of, we found ourselves setting up our instruments in a luxury top floor apartment. We played alongside some brilliant artists, with one singer from another band joining us for an impromptu and improvised appearance in our set.

Following this gig we had the opportunity to host a radio show for BoxoutFM, giving us an unprecedented chance play our music to a wider audience and walk listeners through our journey as well as how we make and record music on the road. You can listen to the show via the link at the start of this article.

After digging into Delhi it was time to get back on the bikes and explore the vibrancy of India and Nepal. We set off into the Delhi traffic with our partners in crime Ruth and Oli, who we met in Georgia and had been cycling with since we were in Kyrgyzstan. It was certainly an experience navigating the gridlock. An infinite number of different vehicles (and animals) wanting their share of the road, with few obvious rules of the road to obey.

We headed north from Delhi, making our way along busy roads with our sights on Rishikesh, the site of a famous Beatles’ visit in the late 1960s. It felt like a fitting part of our musical pilgrimage, especially for Adam who is actually from near Liverpool. We managed to loose the hectic highways after Rishikesh and followed beautiful mountain roads followed in the stunning Indian hills. The chaos and sheer mass of numbers gave way to quiet havens of tranquillity nestled within the country’s bordering provinces with Western Nepal.

As we approached the Nepali border we were stunned to spot wild elephants munching their way through the jungle. This encounter whet our appetite for more sightings around every turn. Cycling into Nepal – our 20th country on this journey – via jungle roads, signs for of tigers, elephants, leopards and rhinos became commonplace. We knew they were around somewhere, we just had to hope we would cross paths. Finally after a week, whilst cycling across a bridge far into the distance we spied a skulking figure of a big cat crossing from one side of the jungle to another.

Cruising along the Nepalese East-West Highway we had our sights set on Kathmandu with two shows lined up before arriving, we couldn’t wait to get there and share our music with the locals of Nepal’s capital city. Tune in next month to see how we got on. With the promise of a return to North East India and Myanmar next up in the itinerary, we couldn’t be more excited. 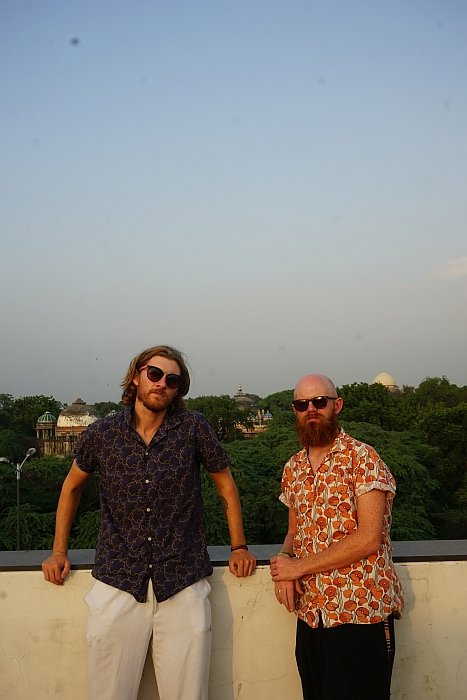 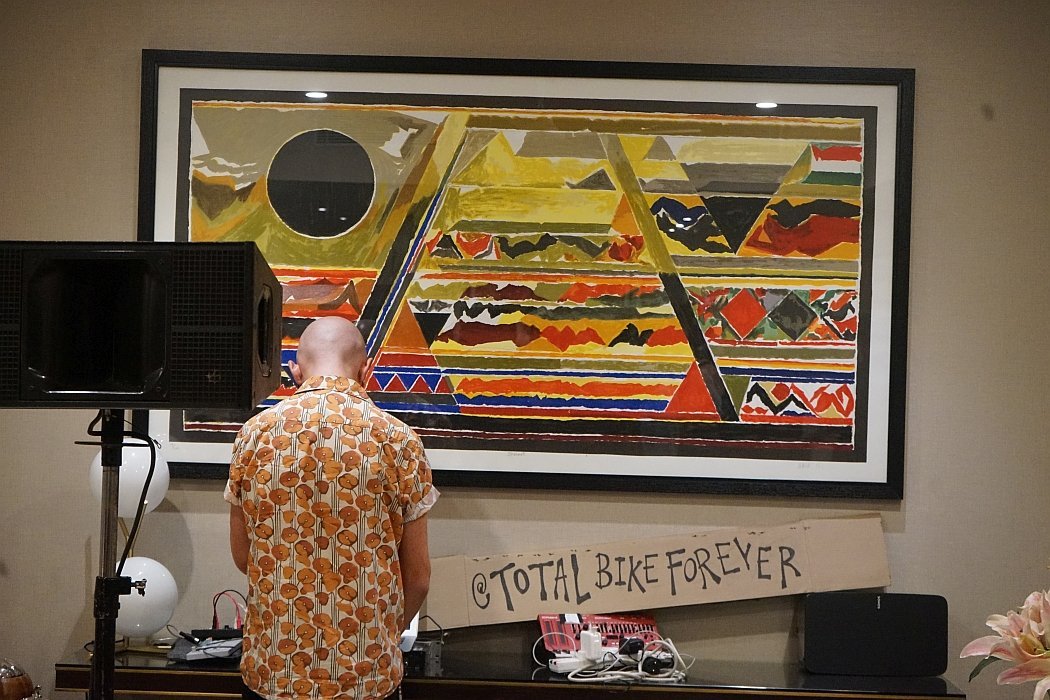 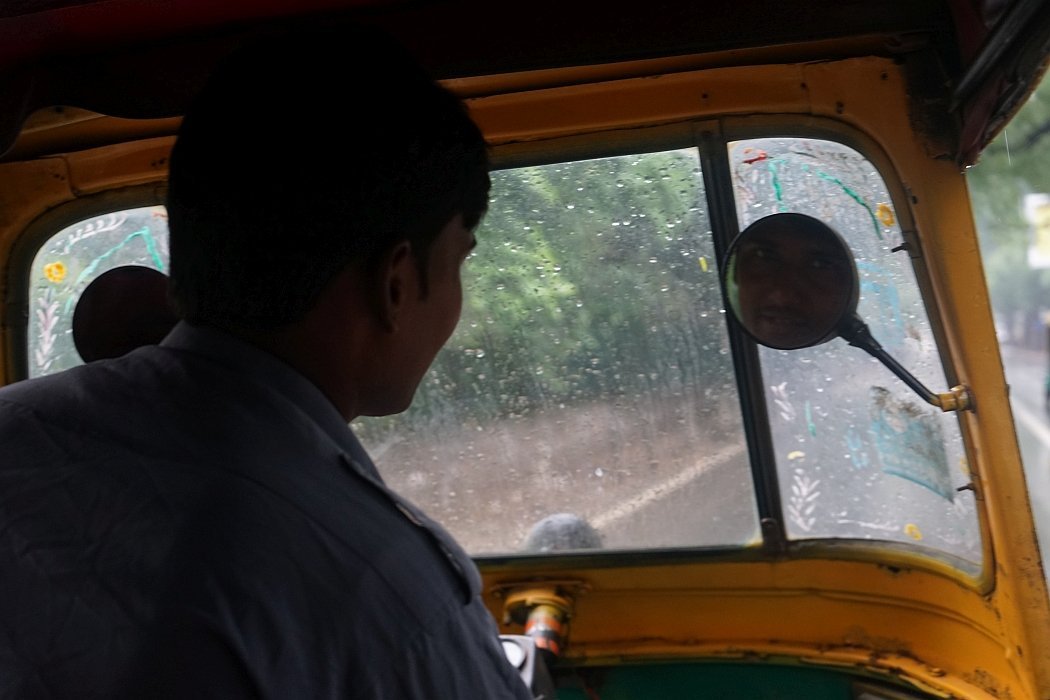 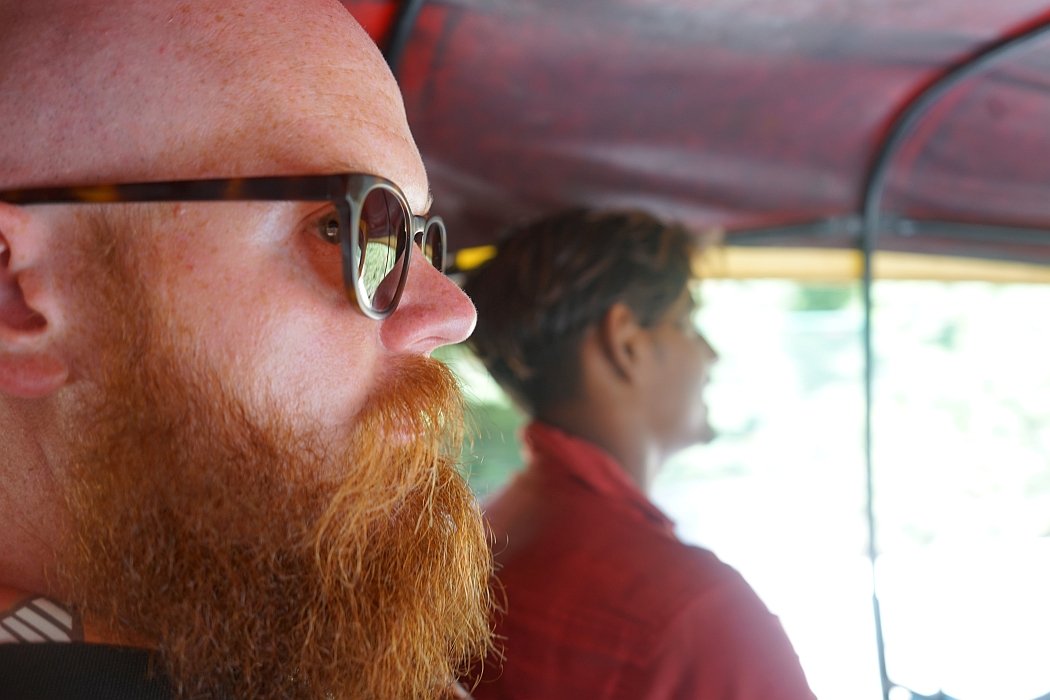 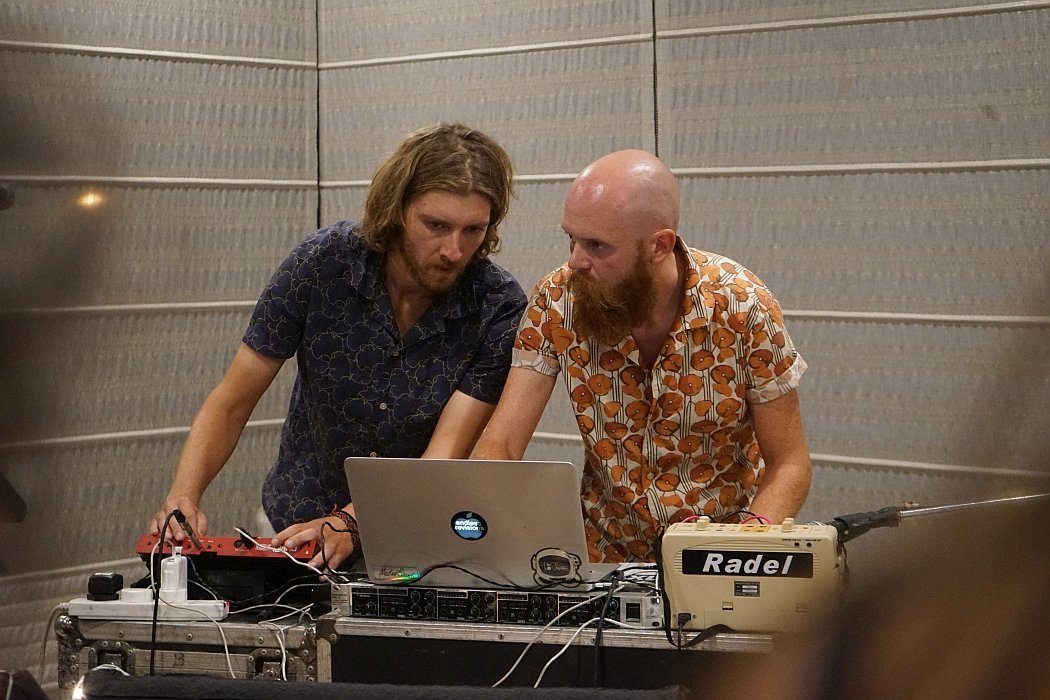 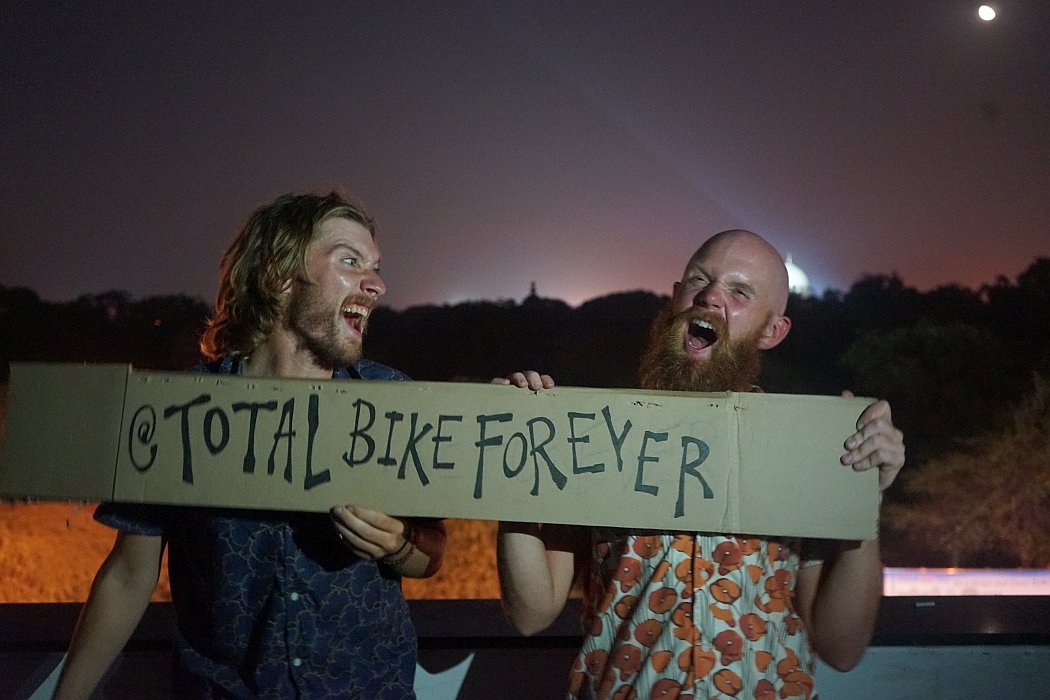 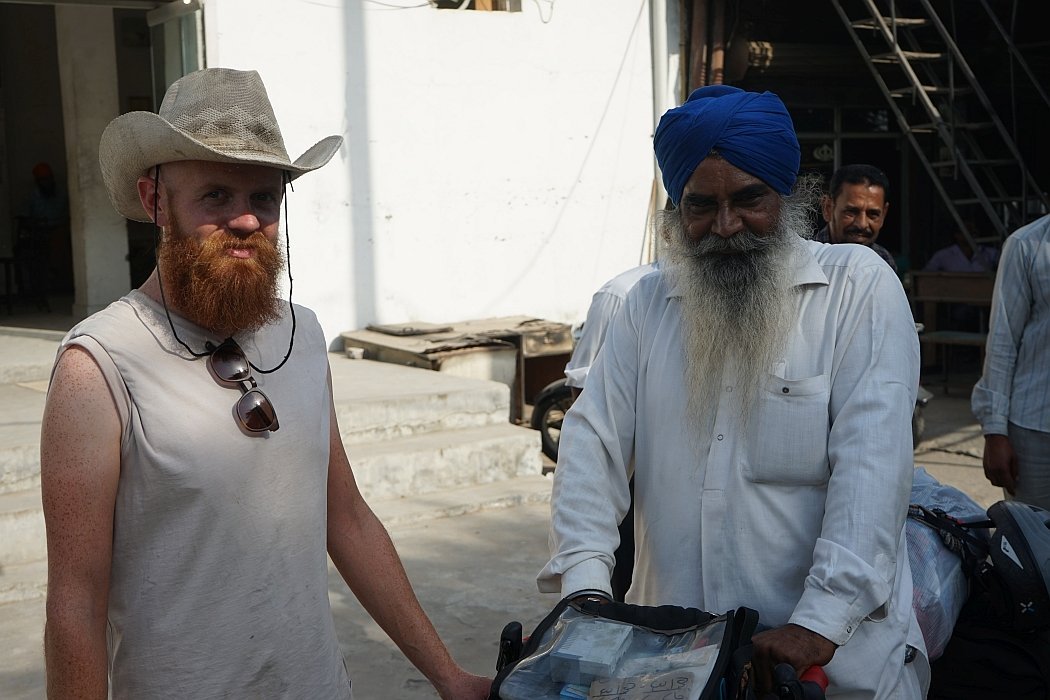 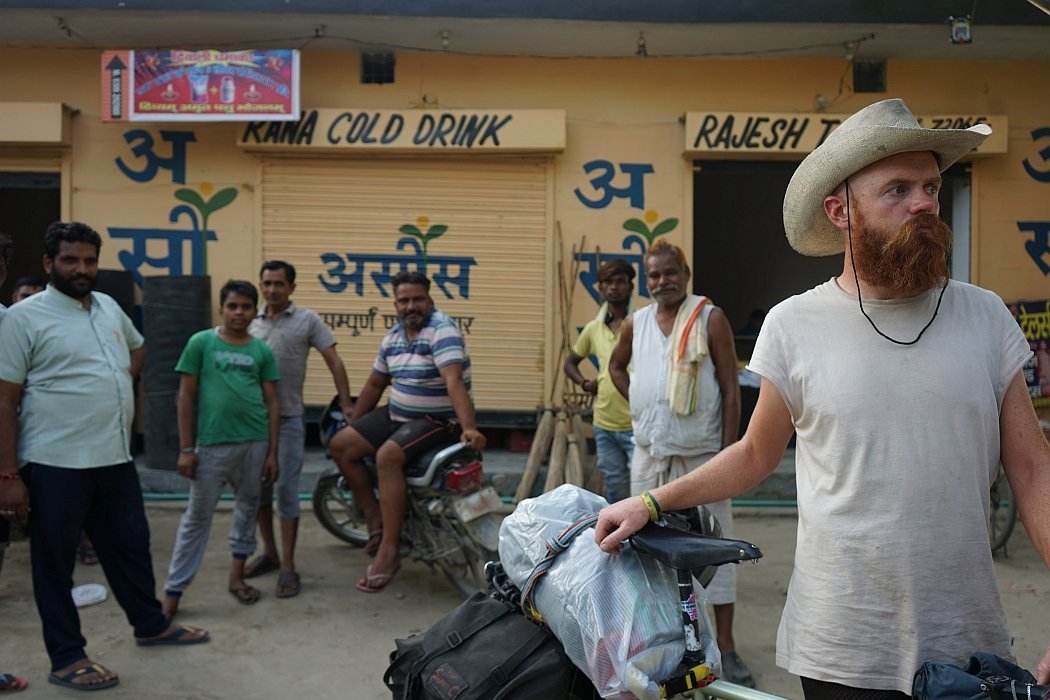 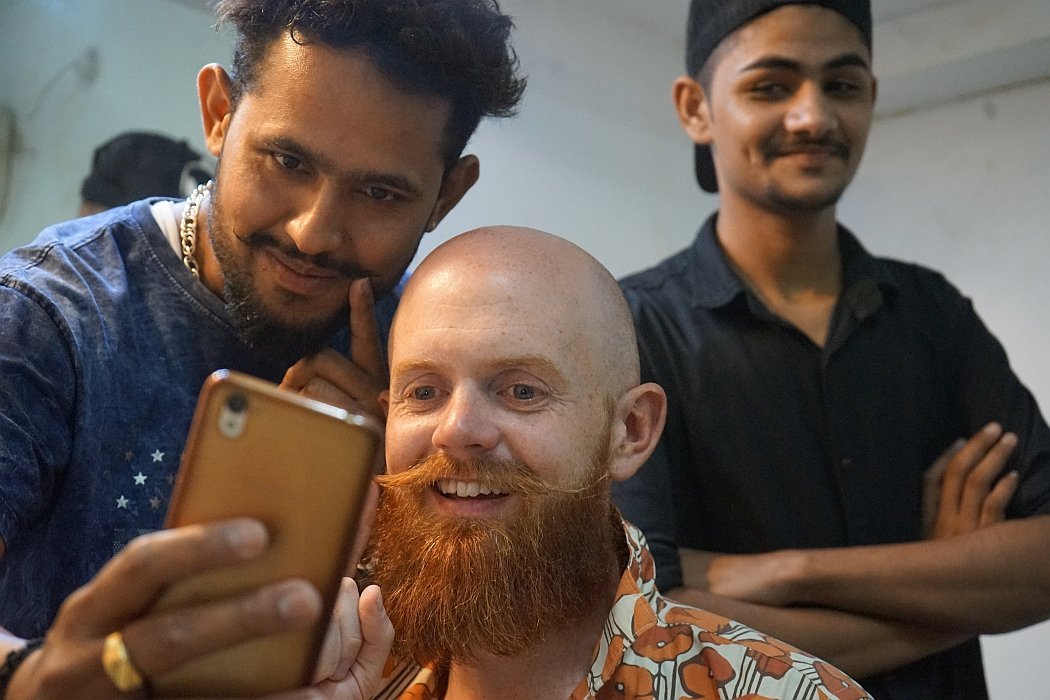 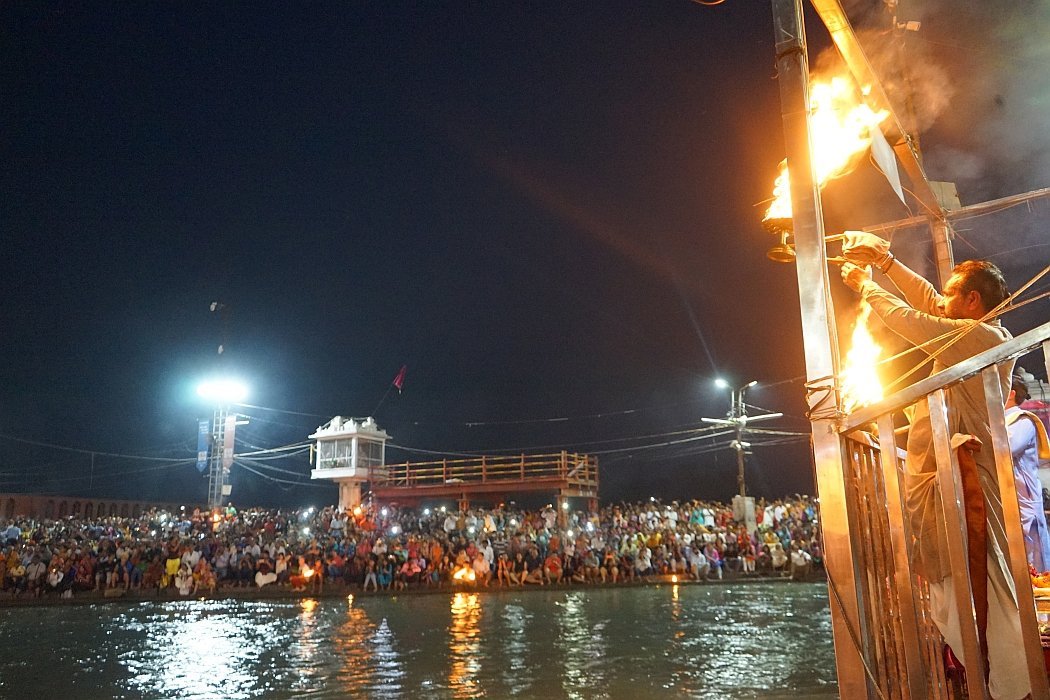 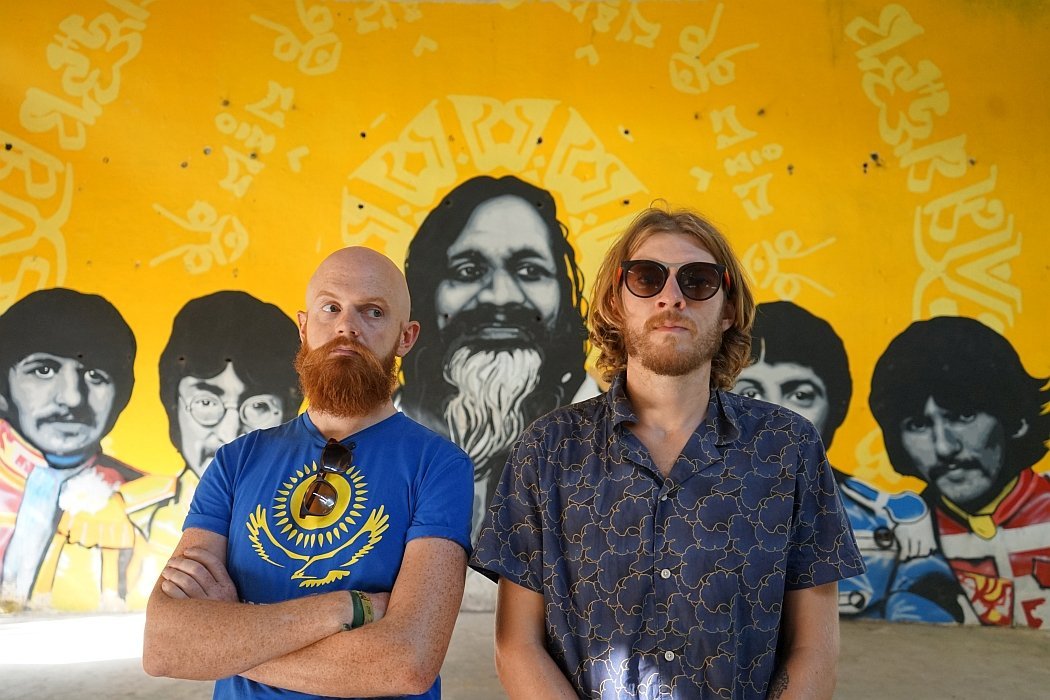 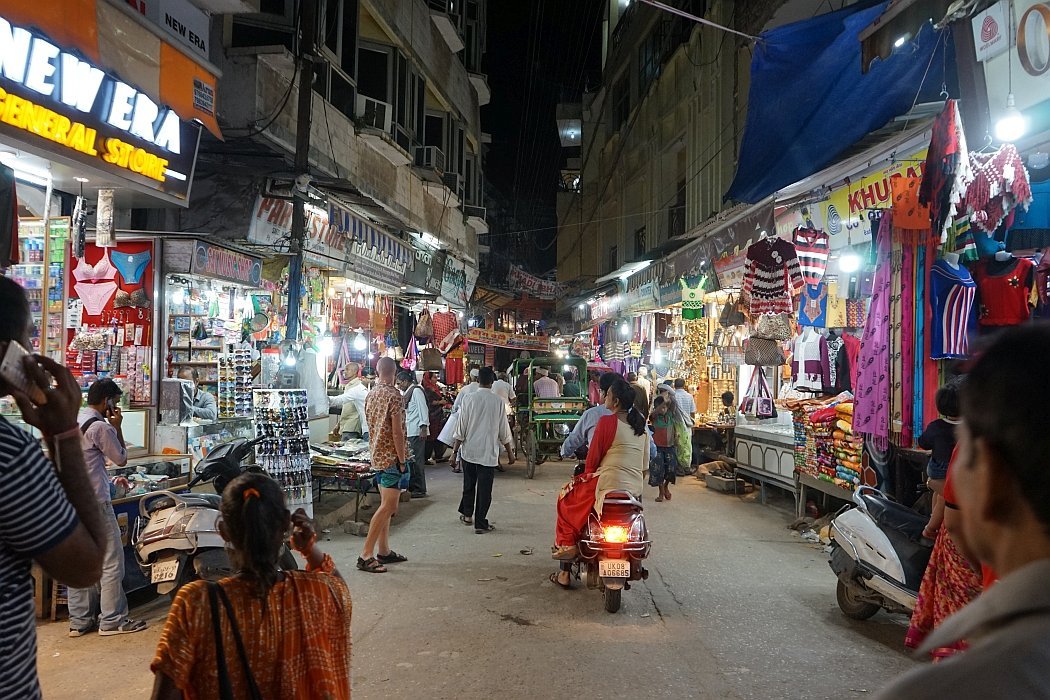 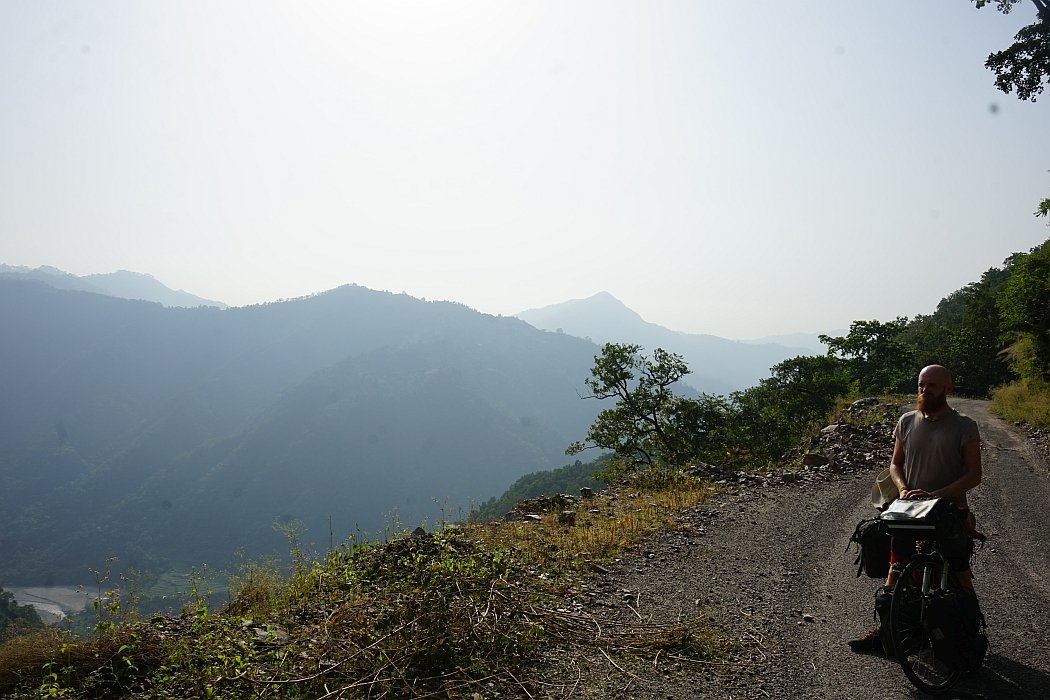 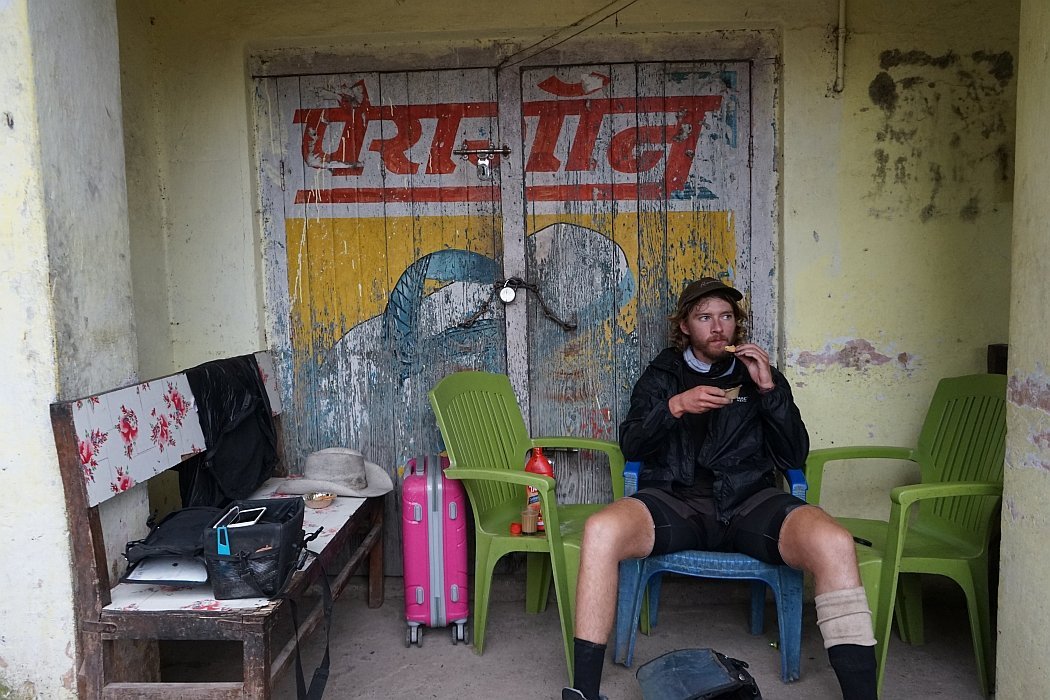 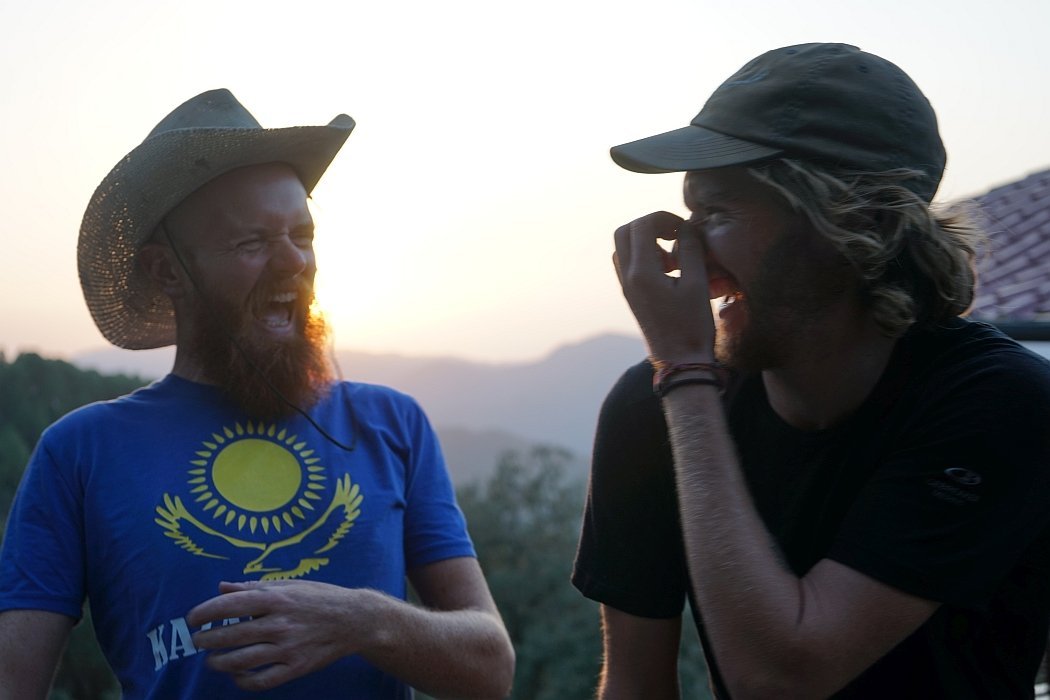 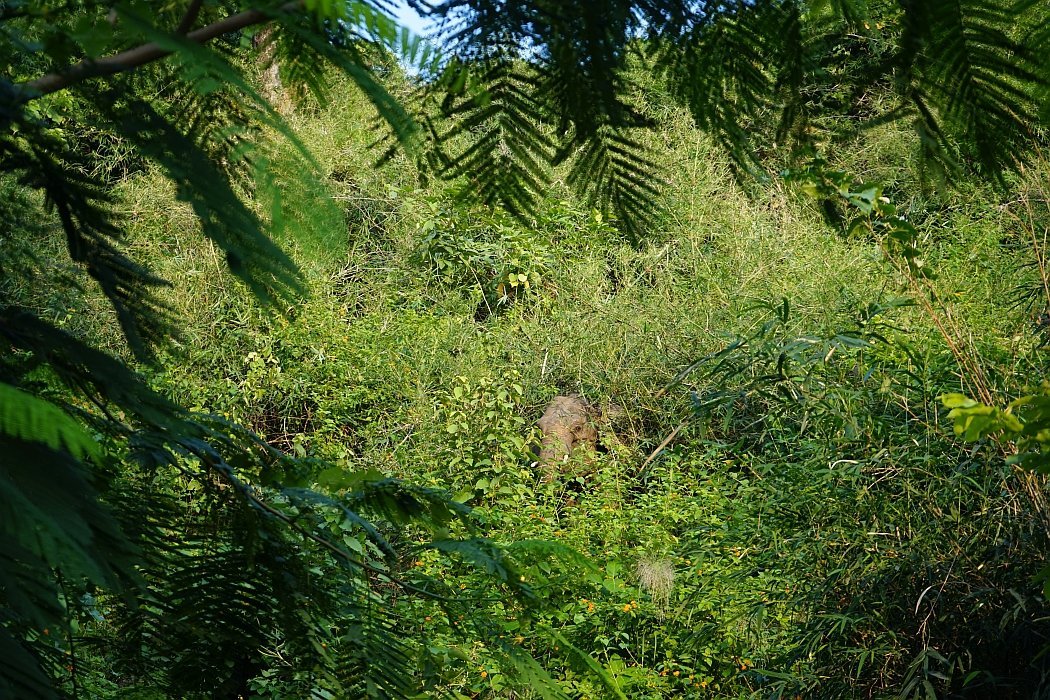 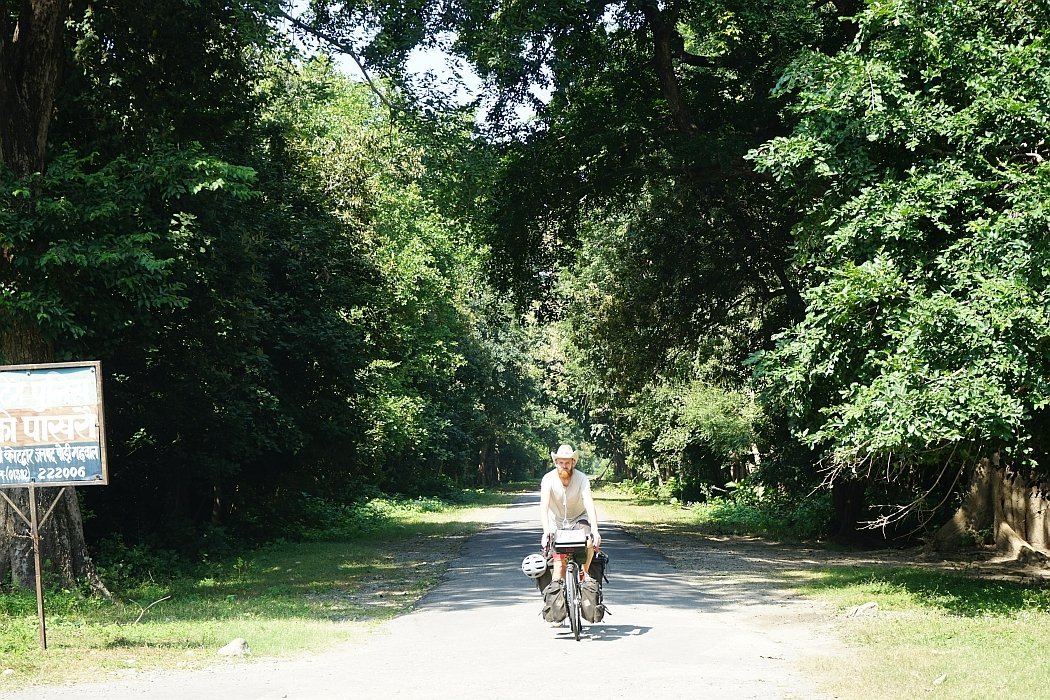 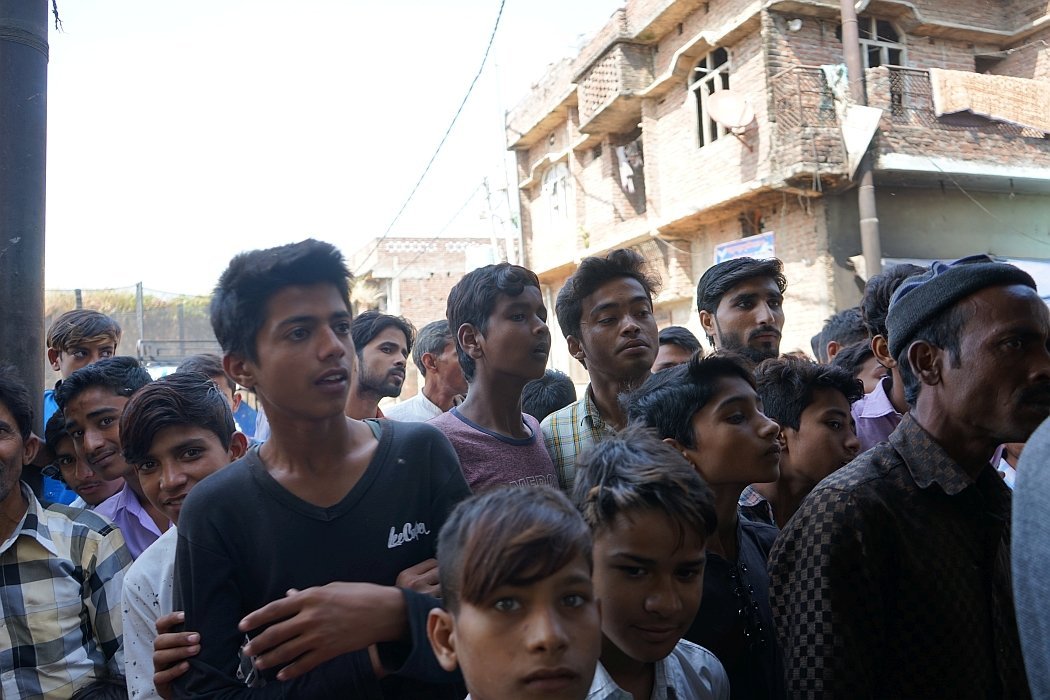 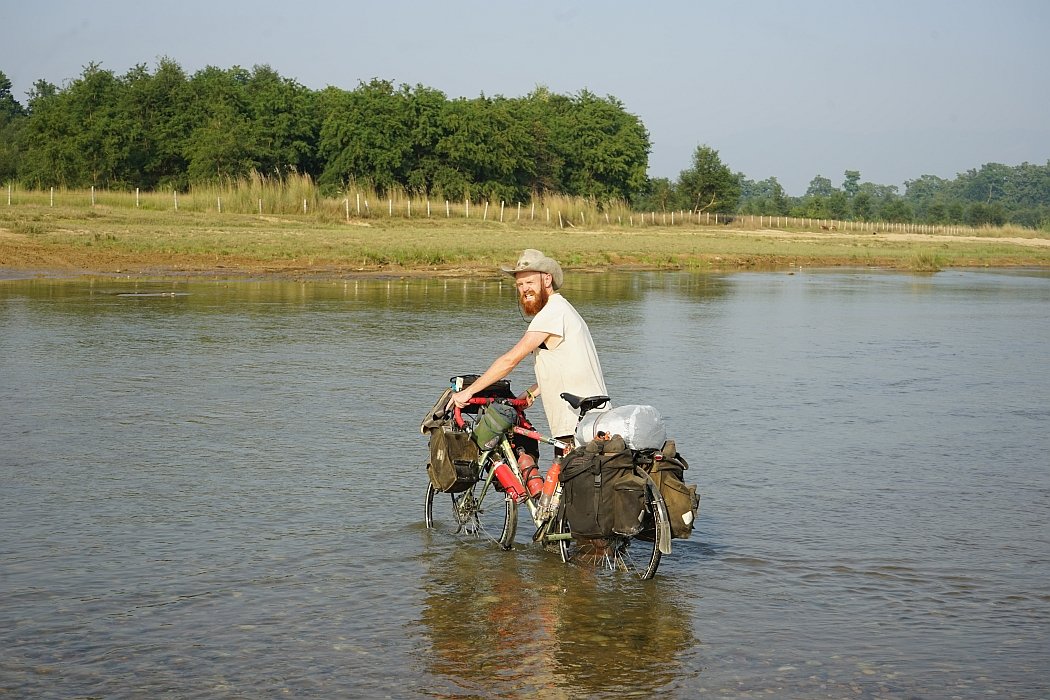 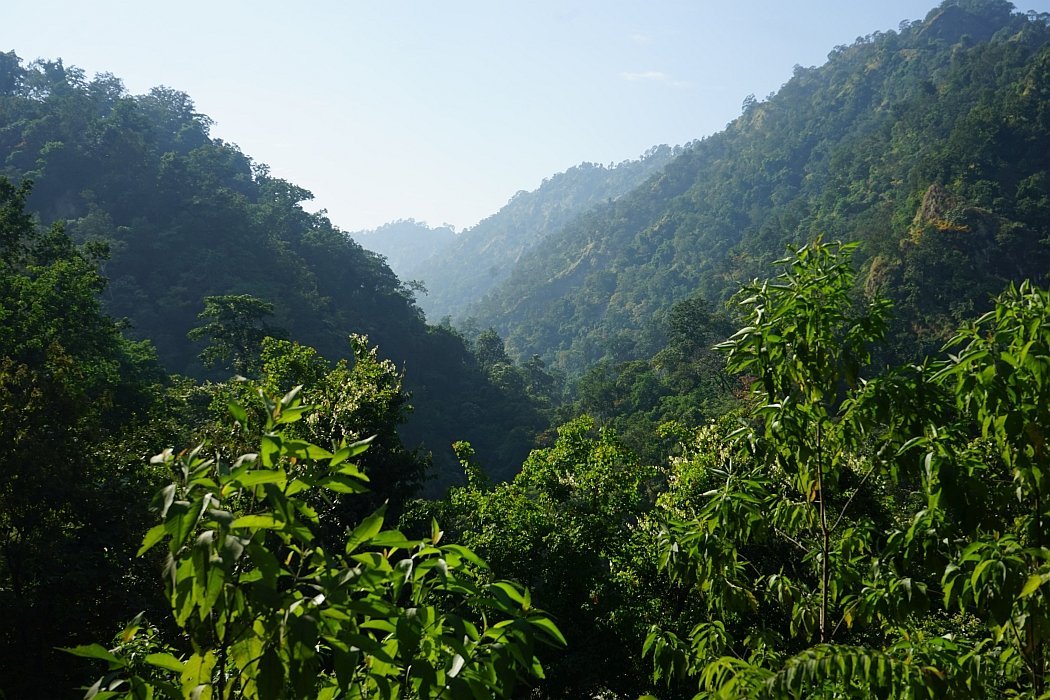 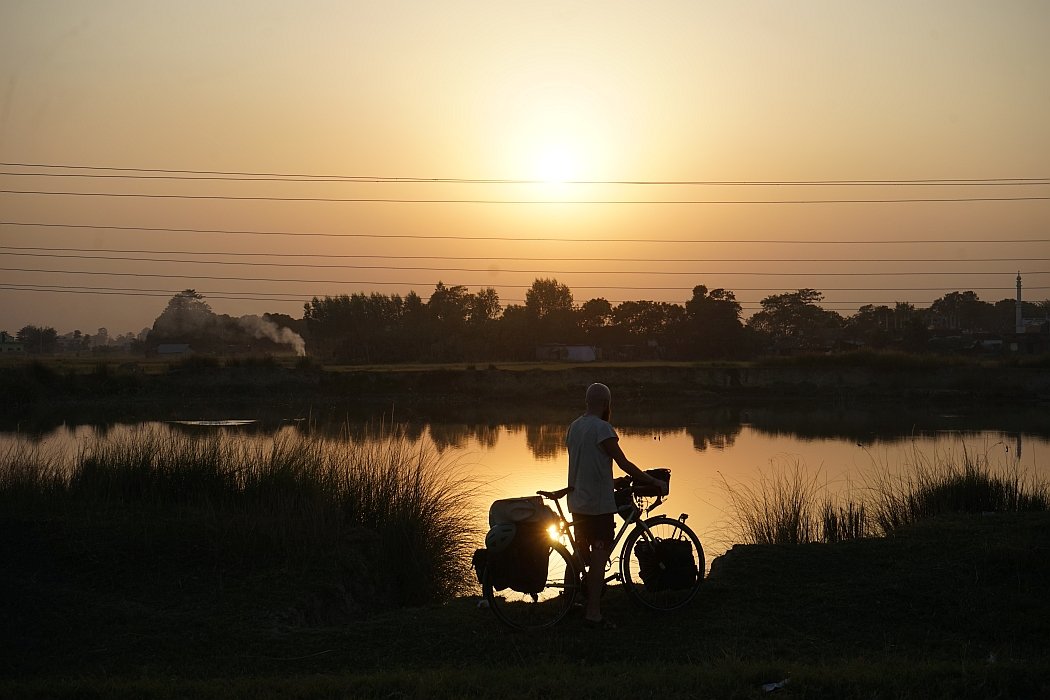 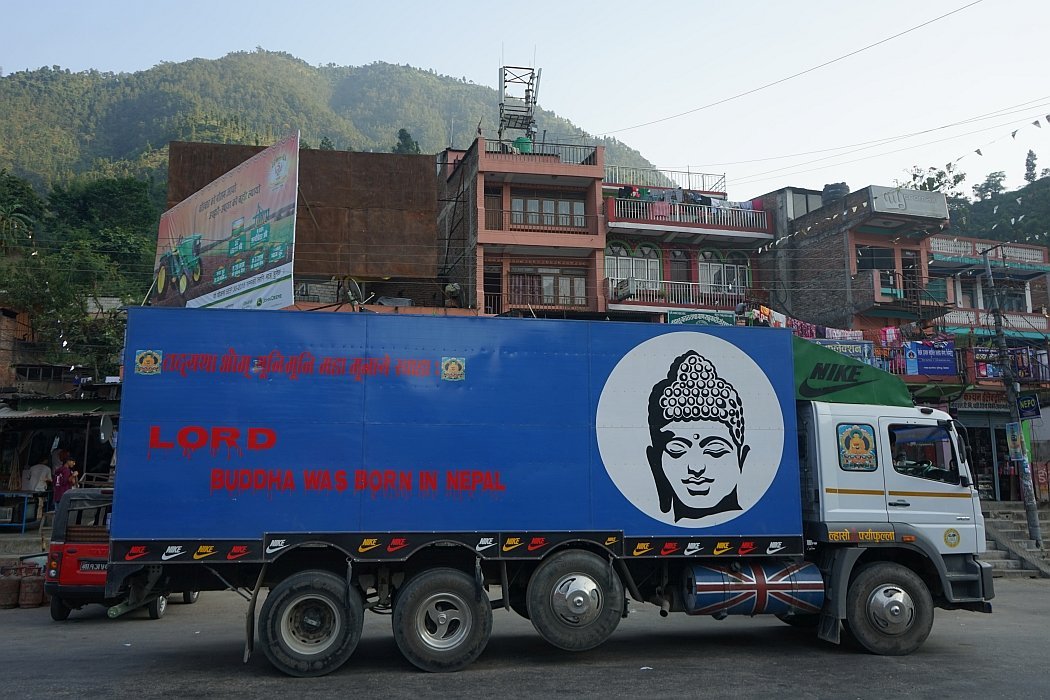 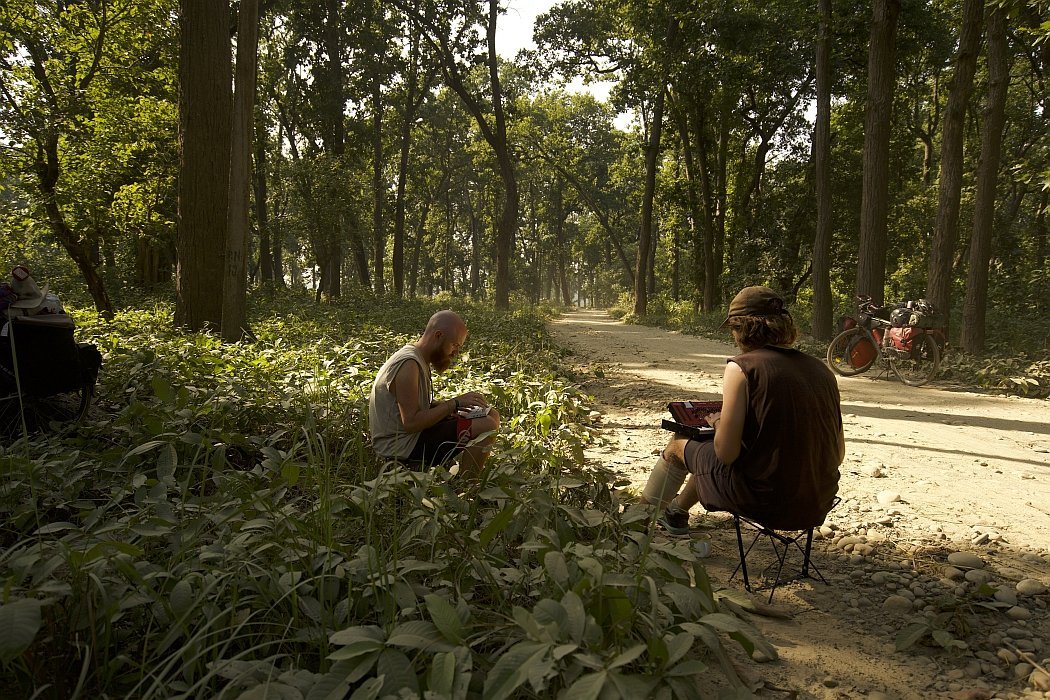 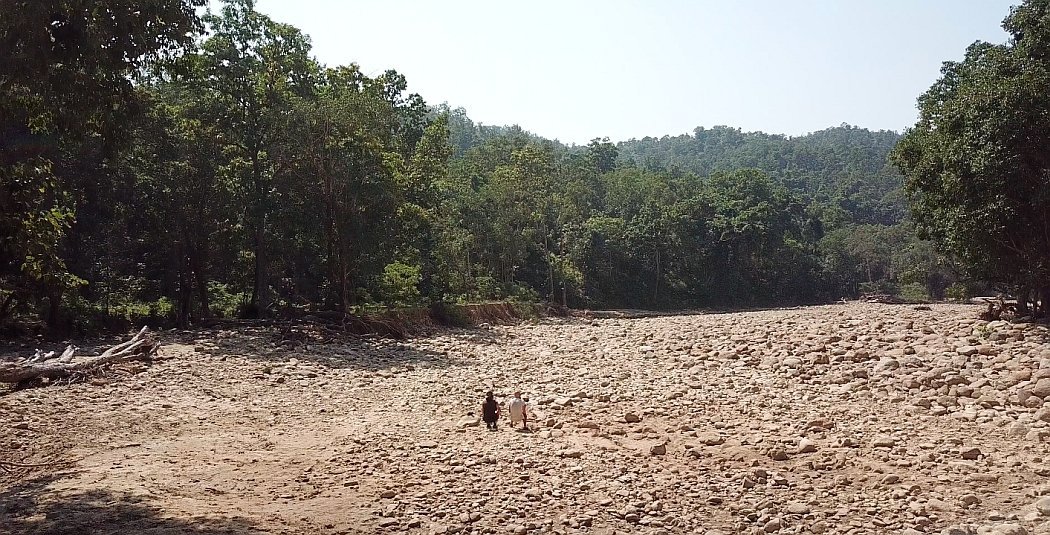 Join us later this week in Harrogate, Yorkshire for the 2019 UCI Road Cycling World [...] 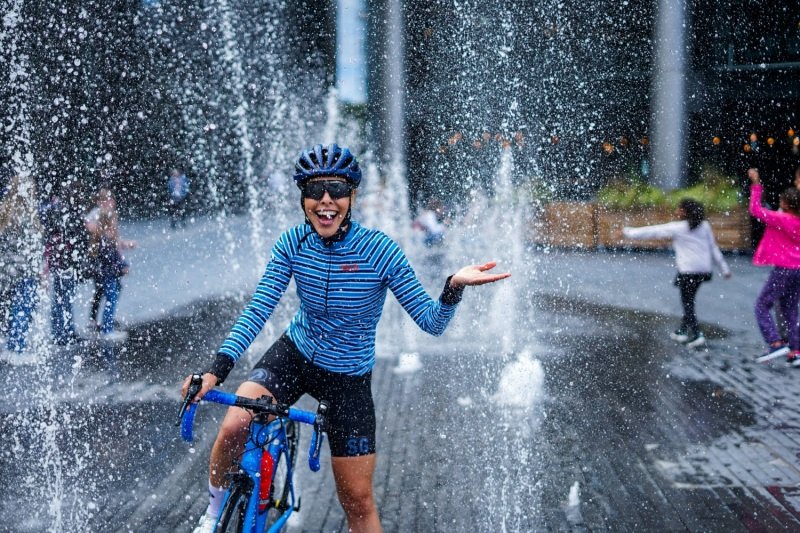 As we rolled quietly past our 7th birthday in July I began contemplating our journey [...]