In 1999, 3 people started to put stickers with a Toaster image on it up on the streets of Britain. Soon they were using a stencil of the Toaster image and bigger posters. They took their project from Britain to Europe and to the rest of the world. What they were doing became known as Street Art. In a natural progression they used their passion for cycling to also get their Toaster image seen. In the tradition of the Tour de France they have painted the Toaster on the roads that the Tour followed, giving the image international exposure to the watching world. 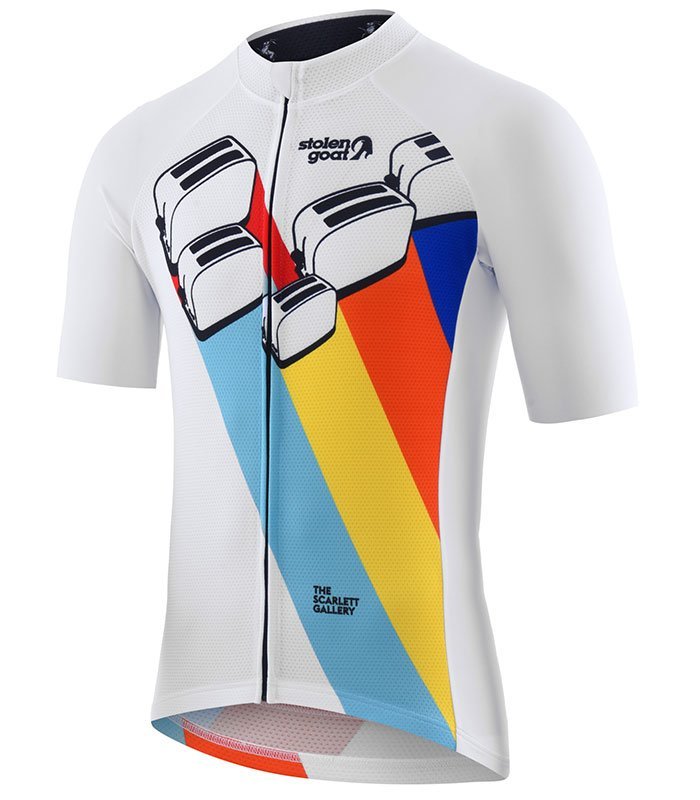 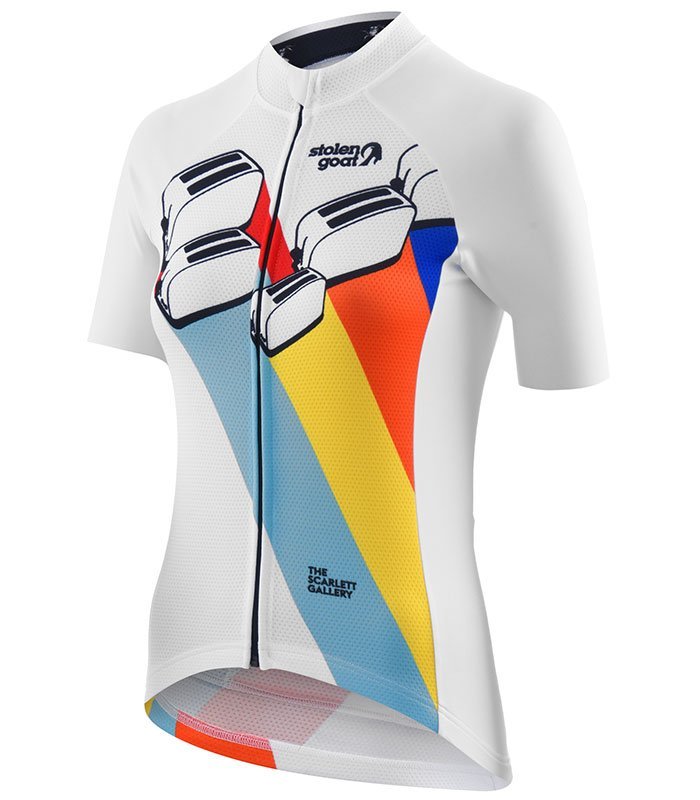 TOASTERS by The Toasters

We have teamed up with The Scarlett Gallery and The Toasters to bring you a street-art jersey collaboration that has cycling pedigree too.

The jersey features a white base colour (for maximum contrast against the colouring) and The Toasters’ classic White toaster design with multi-coloured speed flares on the front and rear. The Scarlett Gallery logo on the front signs off the design perfectly.

A mixture of street art culture, cycling pedigree and Stolen Goat quality makes this jersey, trully one of a kind.

SIT is an extremely talented Dutch artist that works with black, white and grey tones. He has a specific style that can often appear dark but behind his figurative images lies a disturbing analysis of our times. By using contrast, SIT shows the dark side of beauty. 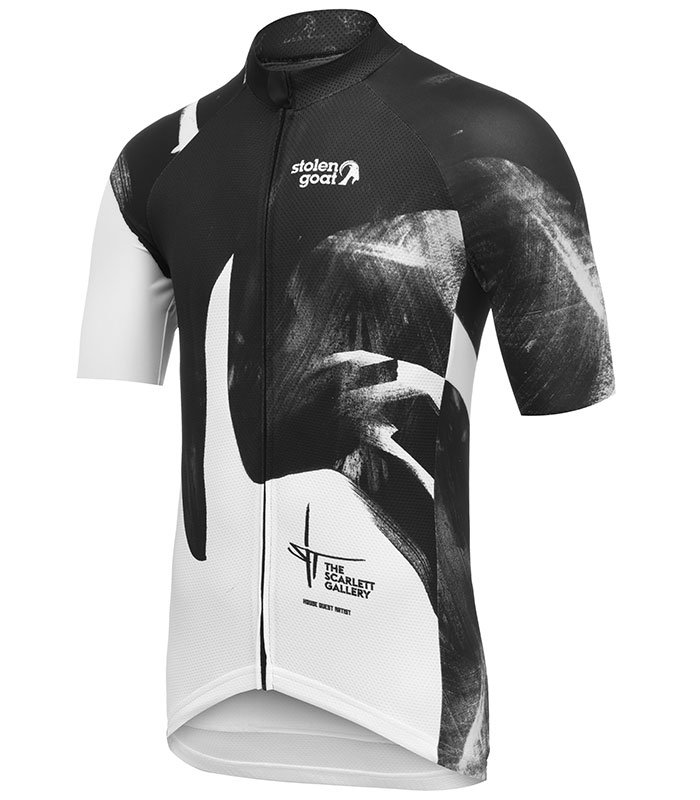 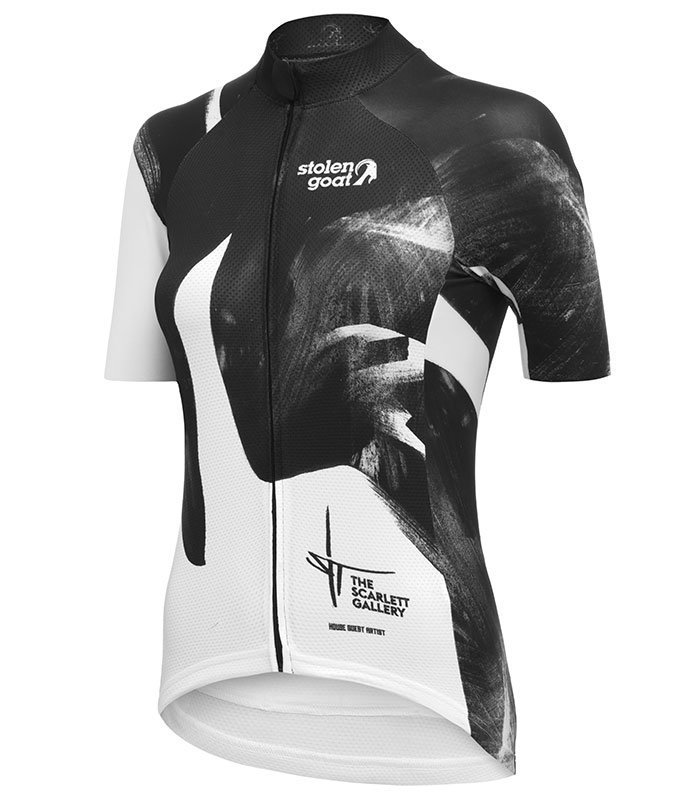 We have teamed up with The Scarlett Gallery and artist Sidney Waerts (aka SIT), to bring you a true work of art. SIT created an art piece called ‘Crowded’ (sold by The Scarlett Gallery) which features a crow design and in true SIT style…. black and white.

Crows feature very heavily in SIT’s work and here’s why:

– The crow has a kind of beauty that is difficult to grasp with the naked eye. It often stands for darkness and death, but to SIT, this bird also symbolises life: it’s only by shining a ray of light on the black whole, the crow might reveal its details and mysteries to us. –

Based in Brighton, Richard Baker is an artist with a passion for all things bike.

“They are so challenging to draw and that is what fascinated me from the start. I am spoiled living in Brighton as there is no better way to get around than on a bike – either a quick commute through town or a long ride up along the south downs there are so many accessible rides to get inspired by”.

This year Richard Baker is looking to launch a range of bike-inspired stationery and from there, create a bike-themed brand of his own to provide a creative platform for other local artists. 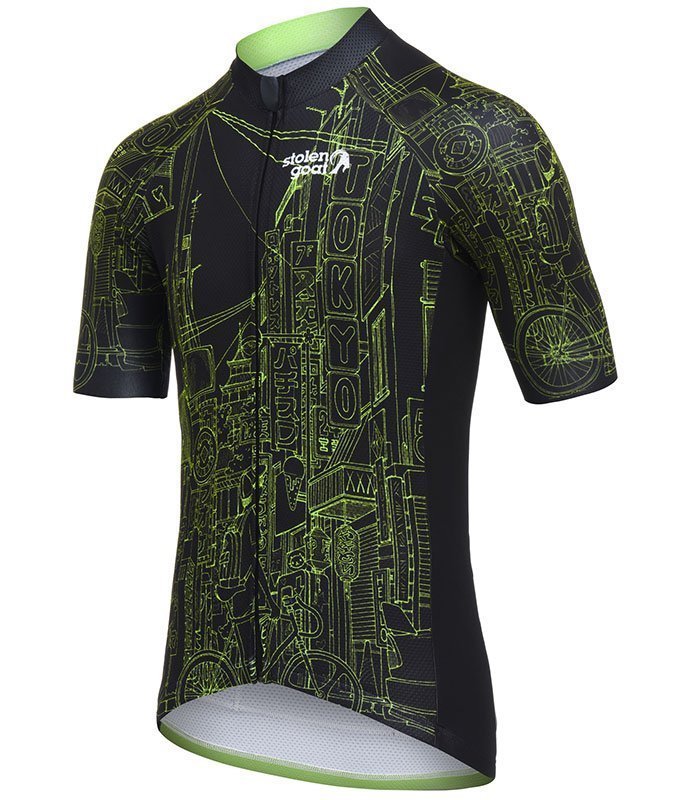 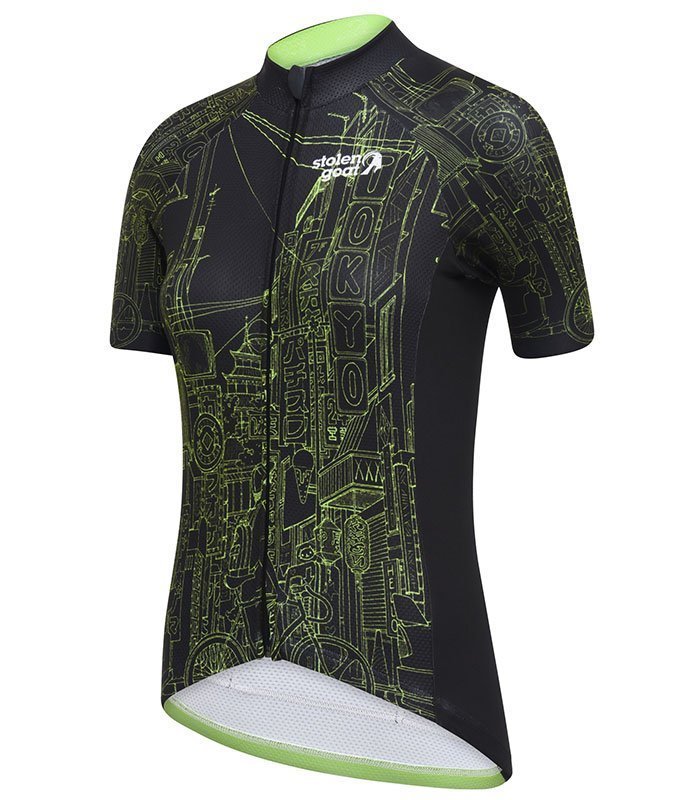 The Tokyo piece forms part of a series of illustrations documenting the diverse city architecture from around the world, and the different influences and fashions this imposes onto our bike styles. It all started with an exhibition piece for ‘Artcrank’ featuring a cyclist pedalling through a typical Parisian street on a vintage steel framed road bike. From there I made a ‘Brick-Lane’ inspired London illustration, followed by the ‘red light district’ in Tokyo – each with a character sat on a relevant bike. I plan to continue the journey through other iconic biking cities such as Amsterdam, NY and more.

From the walls of buildings in a small village in Wales to some of the world’s most prominent Art Galleries, Eyan Higgins Jones has made his mark in many aspects of the world of art and design, working as a Creative Director, Visual Artist, Storyboard Artist, Editorial Illustrator, Mural Artist, Set Designer & Set Painter, DJ and Fine Artist. His unique styles and consistently strong workflow have been recognised in many countries.

He developed a  number of unique methods of painting with oil paint and airbrushes, from a Photo-Realistic Style, to an abstract expressionism style, which led to a string of collaborations with artists and foundations such as Factum Arte, Chris Coy, and many others. These paintings went on to be exhibited in some of the world’s most prestigious galleries, and expositions, such as the TATE Modern in London, UNTITLED in San Francisco, and the Guggenheimin in Venice, (to name a few).

His own work has been exhibited in the UK, Madrid, Canada and California and has been featured in Airbrush Action Magazine, Metanoia Magazine, Juxtapoz Magazine, including many online articles. 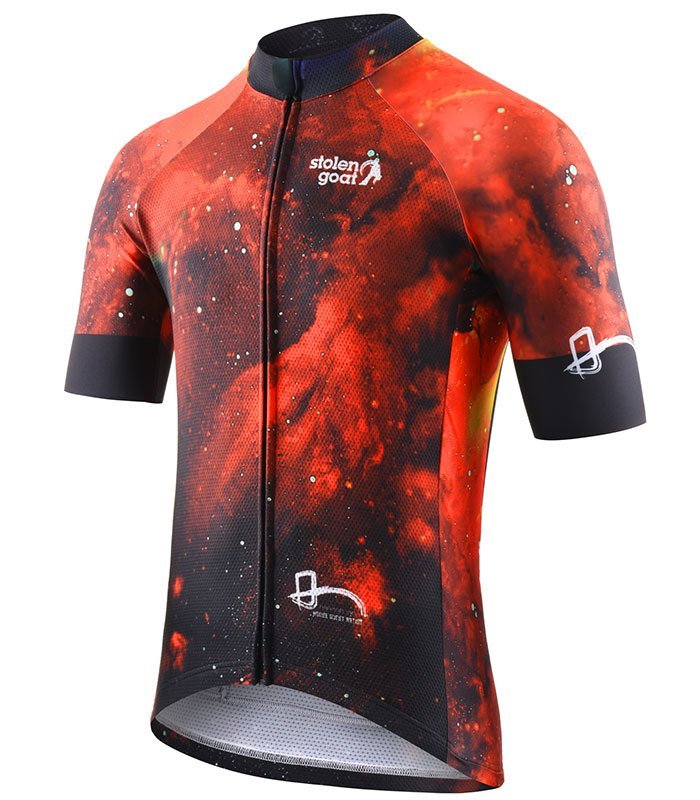 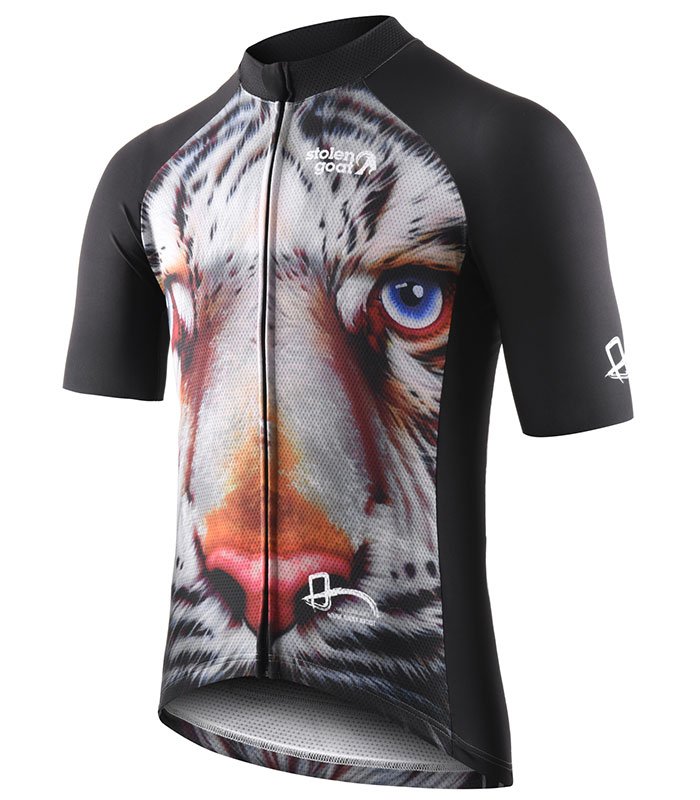 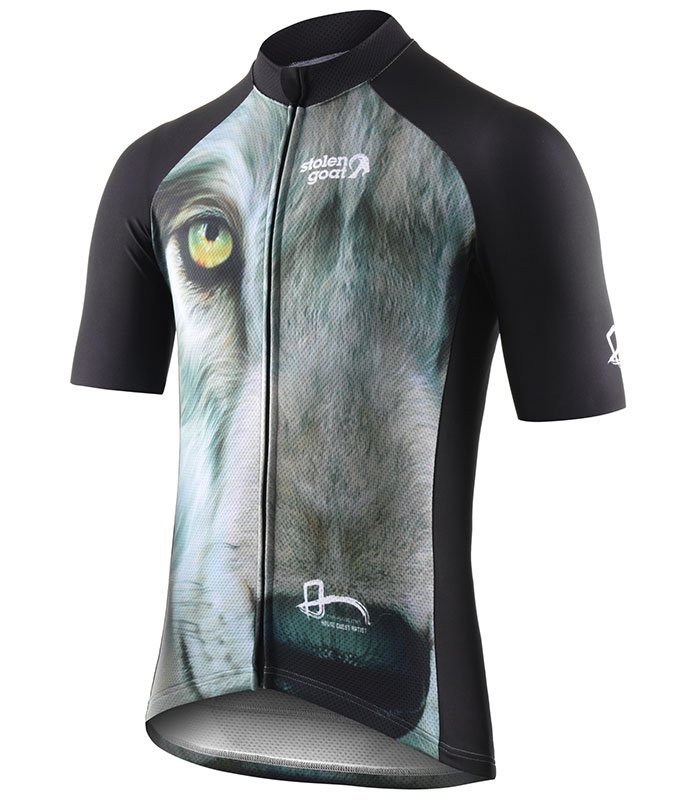 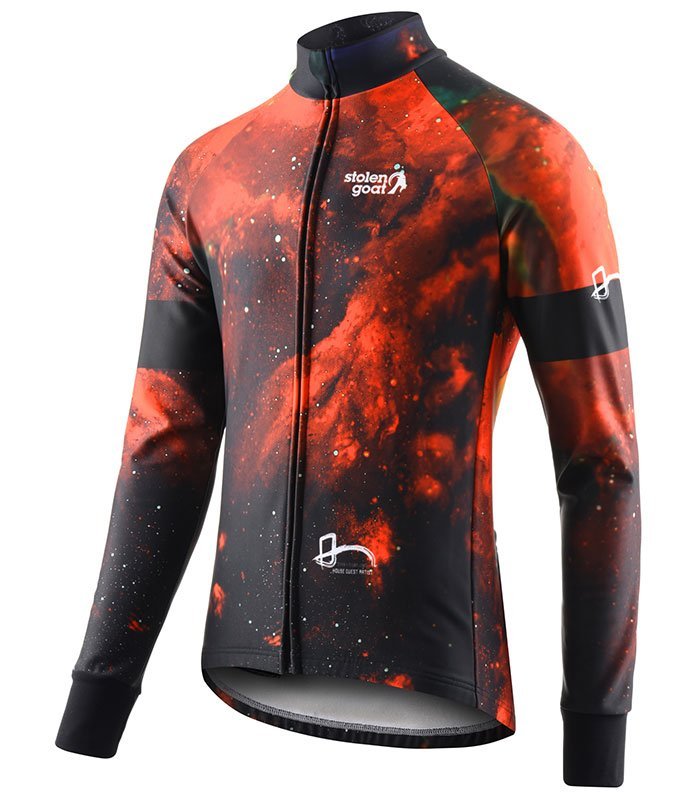 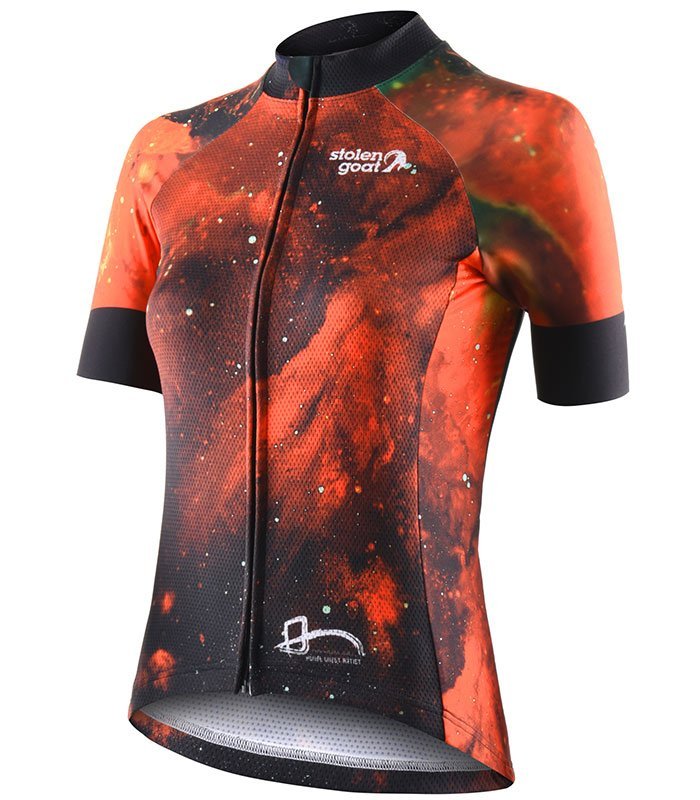 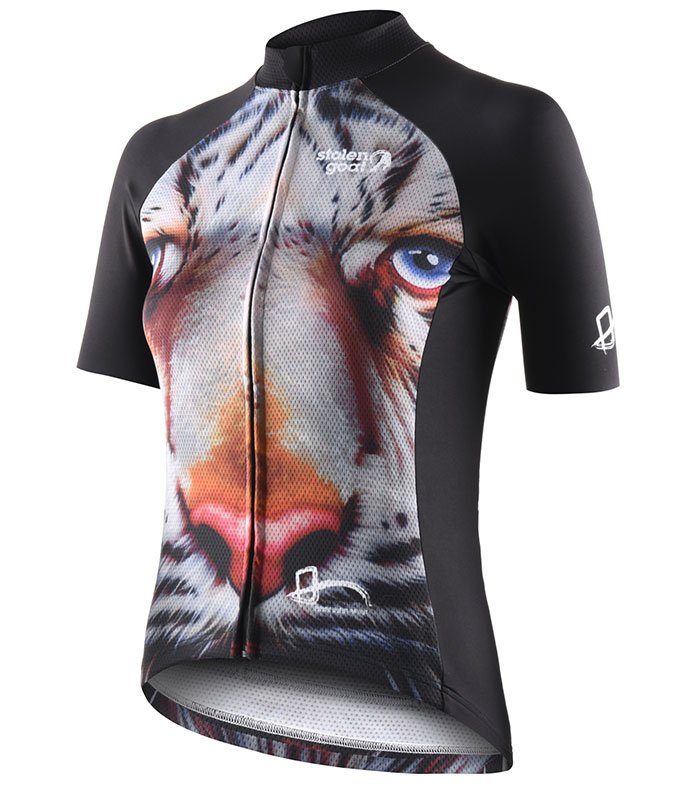 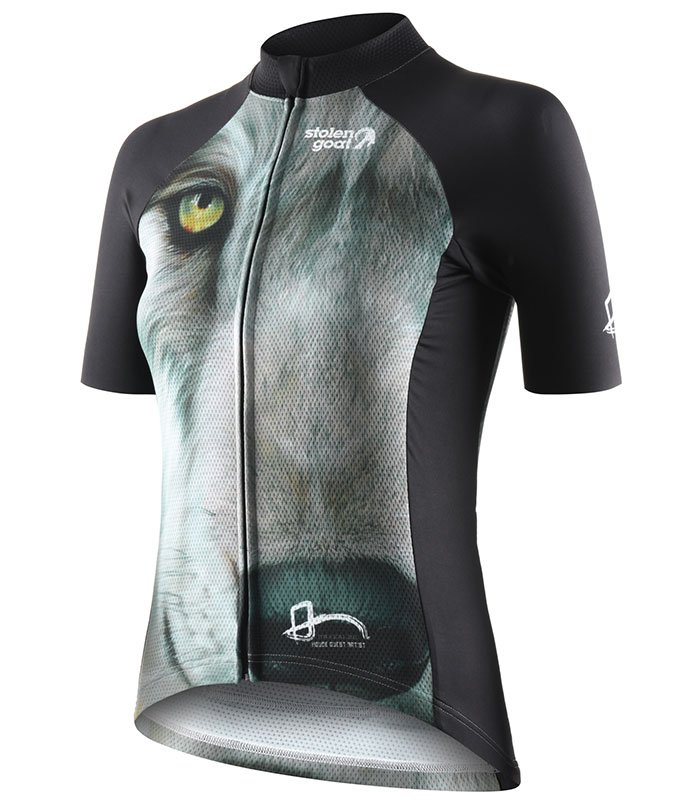 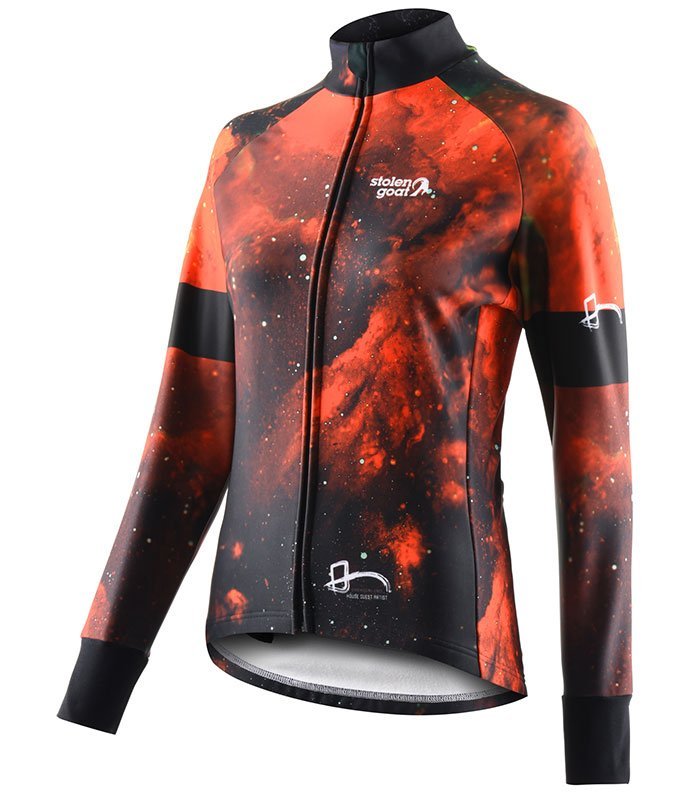 Pip Claffey is a freelance illustrator and print maker based in the North West of England.

When not sketching, getting inky in the print studio or under a veritable mountain of pressing deadlines, she likes to ride her bike or linger in art supply stores. 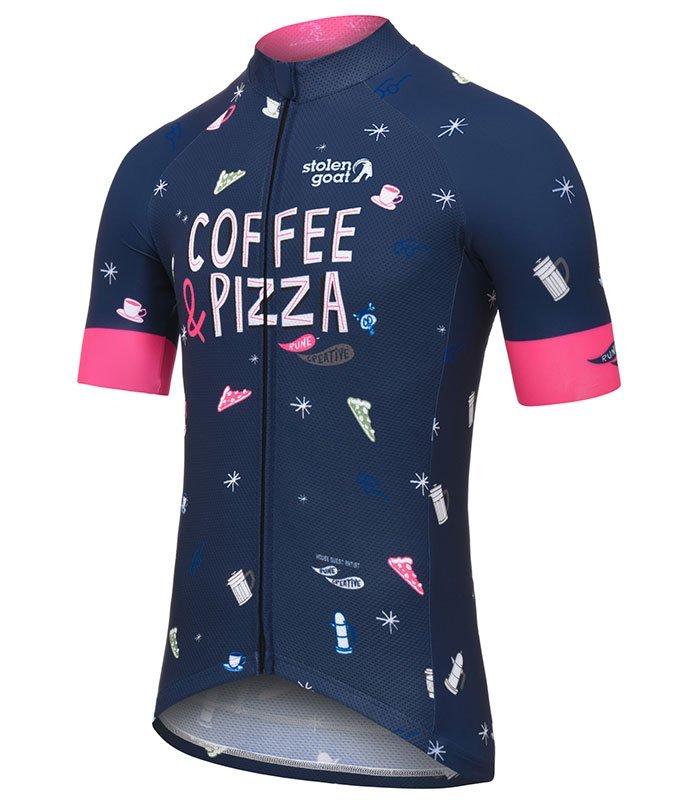 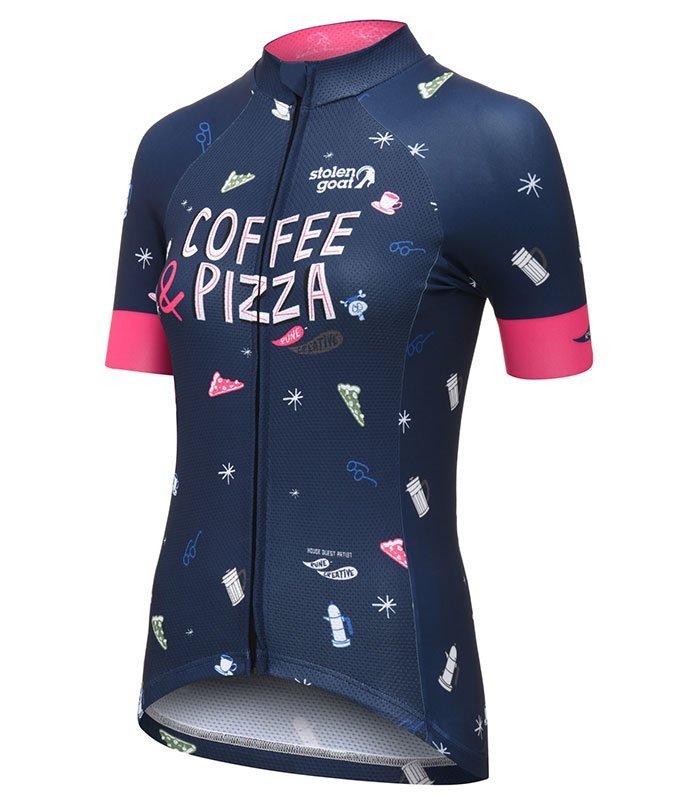 To honour the “COFFEE RIDE” of course but even go one better and add A NICE SLICE (of pizza).Featuring illustrations by Rune-Creative, this jersey was designed to be a bit kitsch, playfully paying homage to two absolute favourites for many cyclists… COFFEE & PIZZA