Seoul to Tokyo: THE FINAL LEG

After everything we have been through in the past year, it’s sad to bring the curtain down on an incredible adventure full of inspirational sights, sounds, characters and experiences that will linger in the memory for the rest of our lives… but first let’s tell you about how we completed the last leg of this unbelievable expedition.

We touched down in Seoul and were immediately hit with a 30 degree temperature swing. Korea winter felt Arctic-like to us after living it up in the sun for the best part of 9 months.

Layering up as best we could, we spent the next week playing shows across the Korean capital after being taken in by what became our Seoul family. Jihong, the owner of a cool venue we played at, took us under his wing, introducing us to a brilliant group of fascinating locals and making sure we were swimming in a sea of Soju. For those unfamiliar with this ‘rocket fuel’ of an alcoholic beverage, it’s a rice wine that’s part of the Korean DNA and graces every social occasion with its presence. Cue heavy head after heavy head for the entirety of our stay.

Finally dragging ourselves away from Seoul and our collective hangovers, we set off and headed east, our sights set for the east coast of Korea, which we had been recommended as a great cycle route.

We have to say at this juncture: Koreans love cycling. There are cycle lanes everywhere, which makes for a very straightforward experience. The only issue for us, was it was still winter, so long days on the bikes in icy winds really shake your bones and any nights in the tent were a real struggle, especially compared to the heat of South-East Asia.

We reached Busan on the south coast and the excitement grew as we knew we were just one boat ride away from reaching Japan. We waved goodbye to Korea in style with a final few performances… again with a trusty bottle of Soju by our sides.

We set sail for Japan (when we say set sail, we mean the very reliable overnight passenger ferry from the port) and woke in the morning to the shores of the final country of our adventure. The country we had been waiting for all this time, the primary reason we began cycling in the first place was within touching distance.

Disembarking in Fukuoka felt like a real achievement, we stepped foot and rolled our wheels onto Japanese soil. We had arrived in Japan. But the journey was by no means over – we still had to reach Tokyo.

We couldn’t wait to get out there and start exploring the country and headed off around Kyushu island, where we were greeted with lush green forest and the beginning of cherry blossom season. It was a wondrous sight to see the beautifully vibrant contrasting colours of the landscape. Our days were full of beautiful countryside scenery, cherry blossoms and a constant hunt for ‘onsens’: Hot water public bath houses that are part and parcel of Japanese life – and for sweaty cyclists they are heaven.

Snaking gradually north we passed through Hiroshima and crossed the incredible Seven Bridges – a series of amazing suspension bridges that connect the mainland with Shikoku island. Shikoku island is the least populated of all the main islands of Japan so it was a must for us to visit. Remote landscapes and seemingly abandoned villages followed as we cut a swathe through the mountains. We even played a show at a craft brewery in these mountains which was a real highlight.

Trips to Osaka and Kyoto followed, where Tim spent his second birthday of the trip, which made us realise just how long we had been away. Spending time in these sprawling metropolises was a really amazing experience, especially in contrast to the rural side of Japan. For us this became a real highlight of the trip everywhere we went – spending time soaking up the remoteness of the world before re-emerging in urban settings to play our music to people.

We could feel the trip coming to a close – the amount of distance left was slowly ticking down and with a flight booked home already in the calendar, we were determined to enjoy every last second.

We cycled around Mount Fuji and got caught in the worst thunderstorm either of us had ever seen, which saw us hiding in a disabled toilet at a kids’ amusement park much to the bemusement of the local punters. Moments like that really make you feel connected with what you are doing and how different your lifestyle has been for such a long time.

We rolled on and on, slowly but surely getting to Tokyo and before we knew it, we had reached the final push and couldn’t wait to get there. It’s always the way that when you want a nice easy victory lap – your bike has other ideas. Adam must have got at least 10 punctures on that final day as his tyre had worn through and the inner tube had no protection from the open road. It’s an understatement to say he crawled over the finish line.

But arrive in Shibuya Crossing we did. 430 days, 25,000km and 26 countries later. All set against the frenetic backdrop of hundreds of people crossing the road in all directions at once. It felt like a fitting end but we needed time for it to sink in.

Over the coming week, we definitely went out with a bang, playing a gig every night. We were exhausted but we were happy and wouldn’t have had it any other way.

Cycling to the airport and donning our Stolen Goat gear for one last ride of the trip was an emotional experience. It felt weird to say but we were going home. All we had to do now was get on a plane and travel the same distance that we had in the past 14 months in 12 hours.

Now back at home, we can piece together the fragments of our memories, having brought the curtain down on the most incredible experience of our lives and one that we will never forget.

However, the next chapter is only just beginning, we have an album to complete, a film to make and many shows to play. Make sure you keep following our adventure, because you never know when we might be playing in a city, town, village, club, bar, cafe, restaurant, brewery, birthday party, (SG open day) and any kind of celebration near you soon.

Thank you for your attention, it’s been unreal… 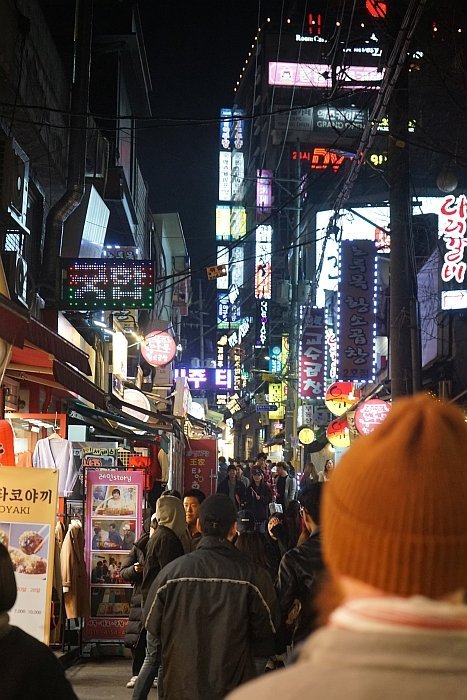 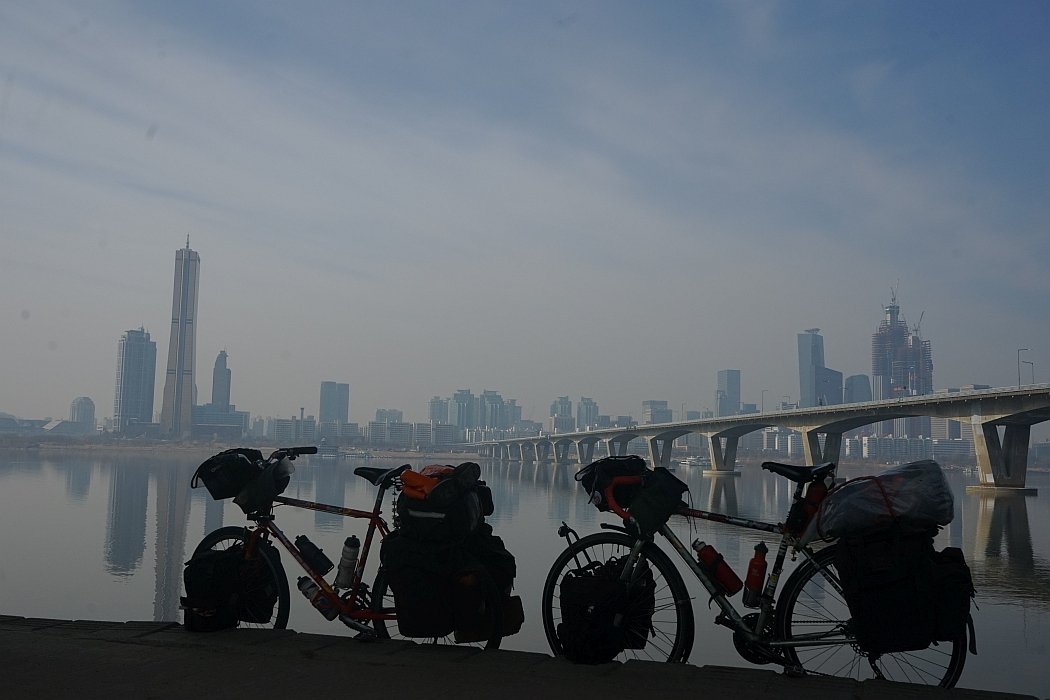 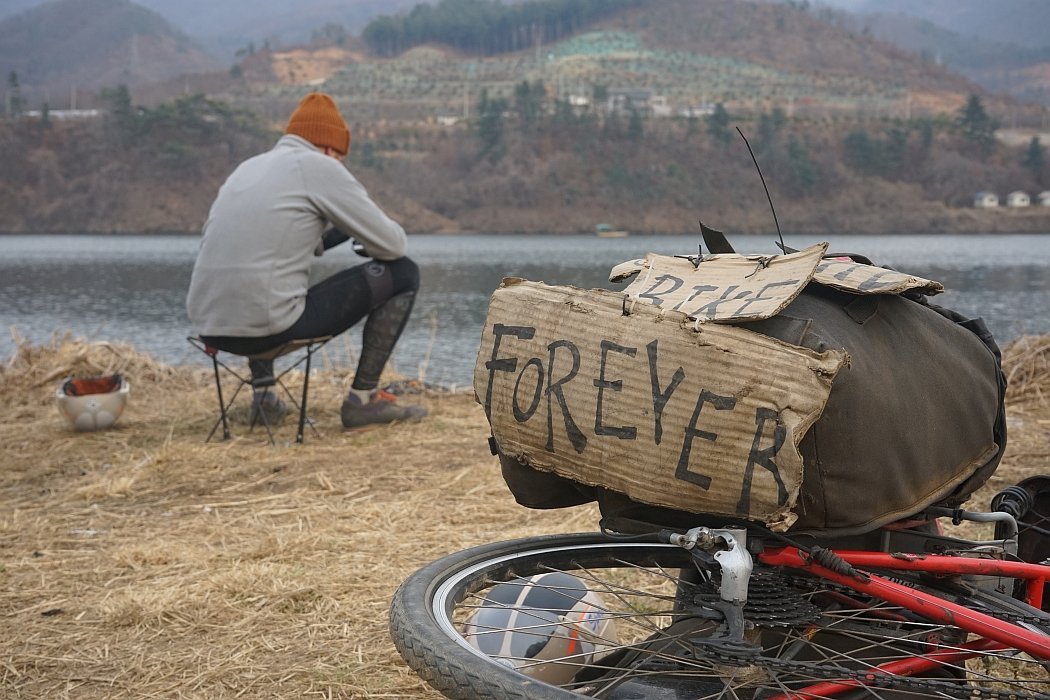 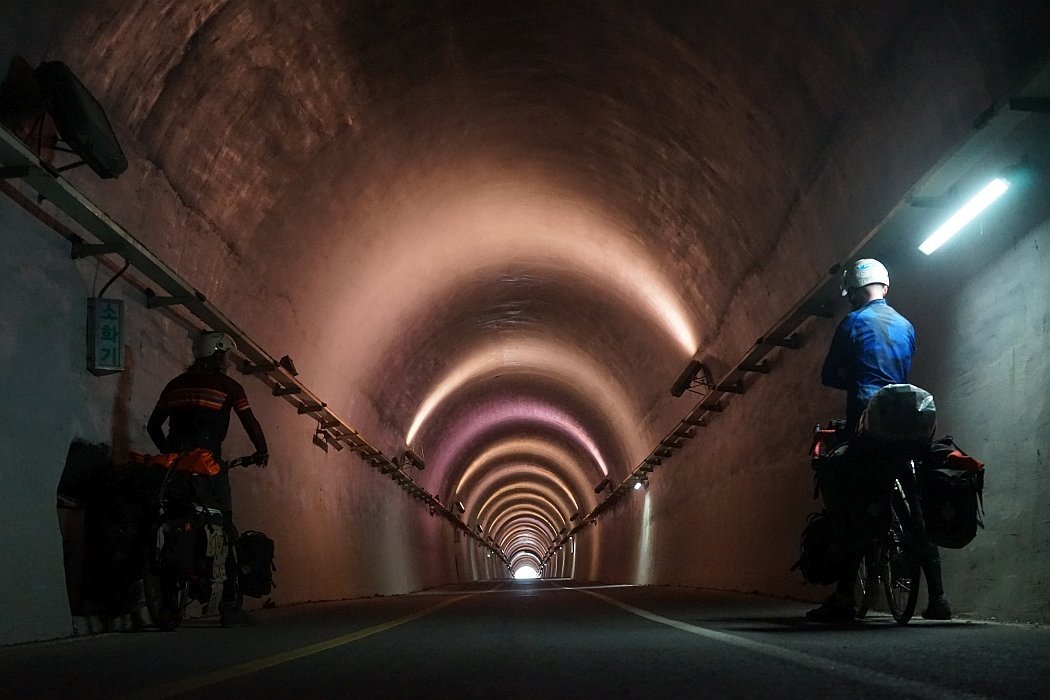 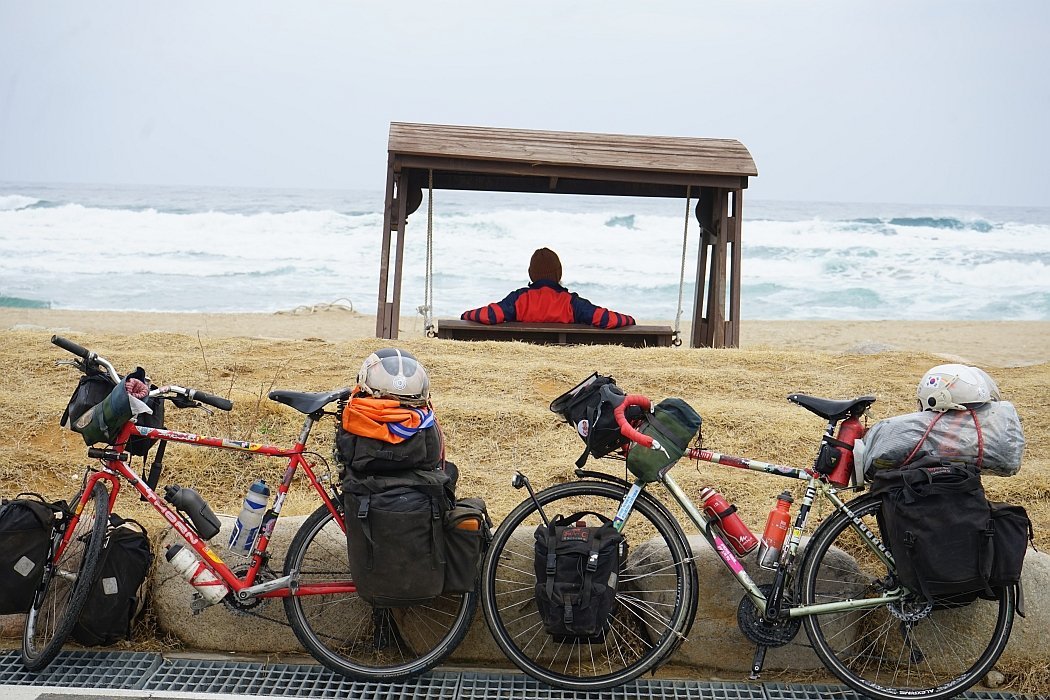 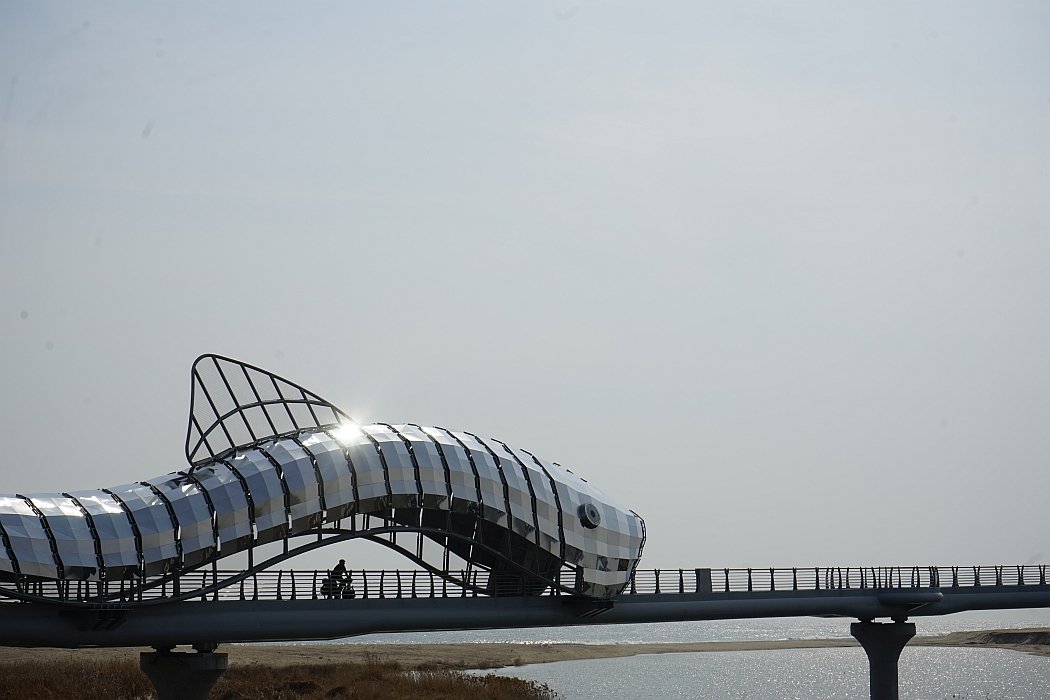 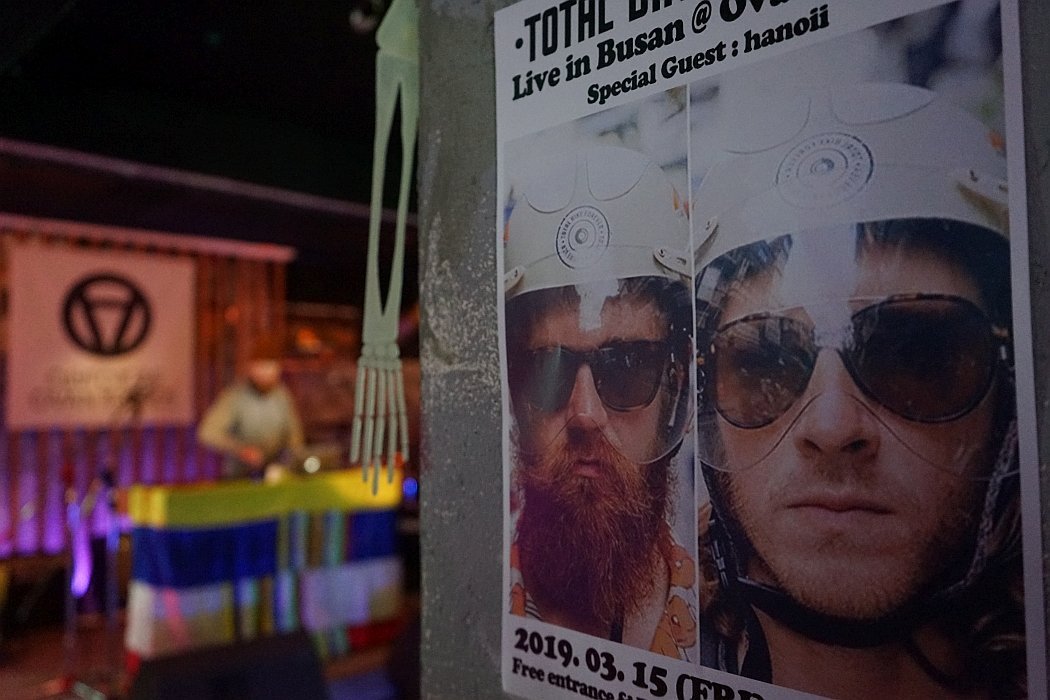 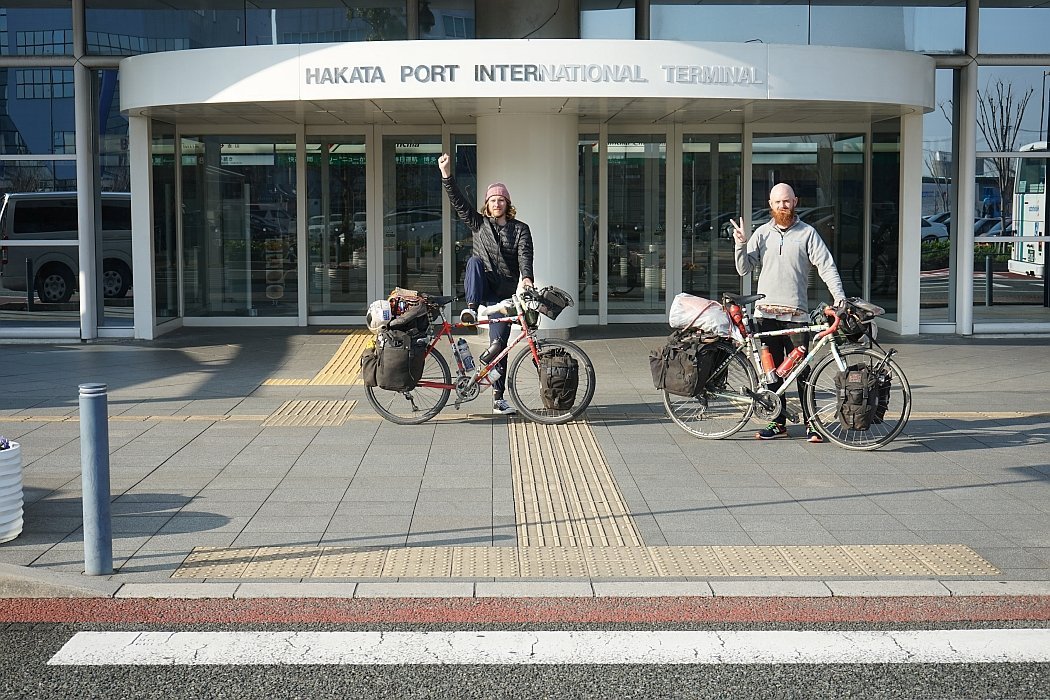 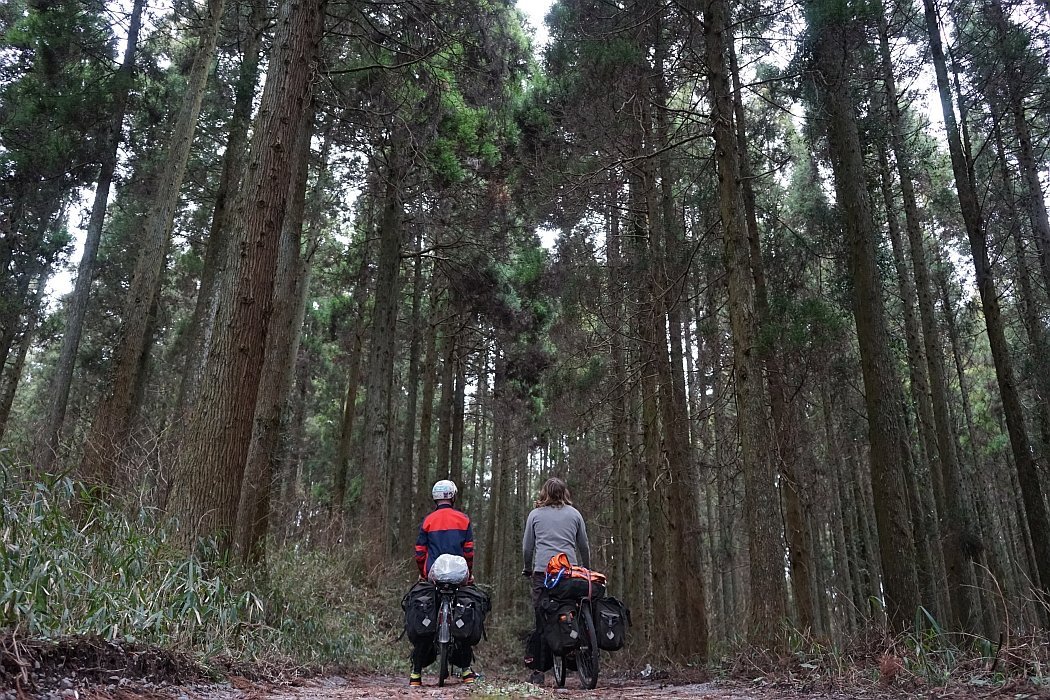 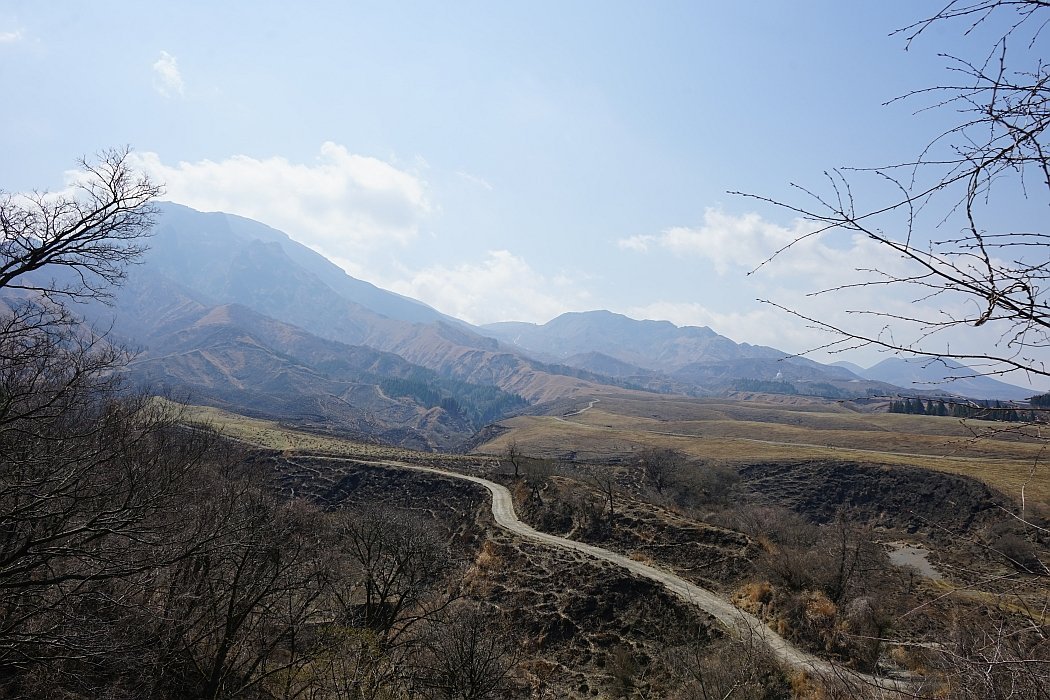 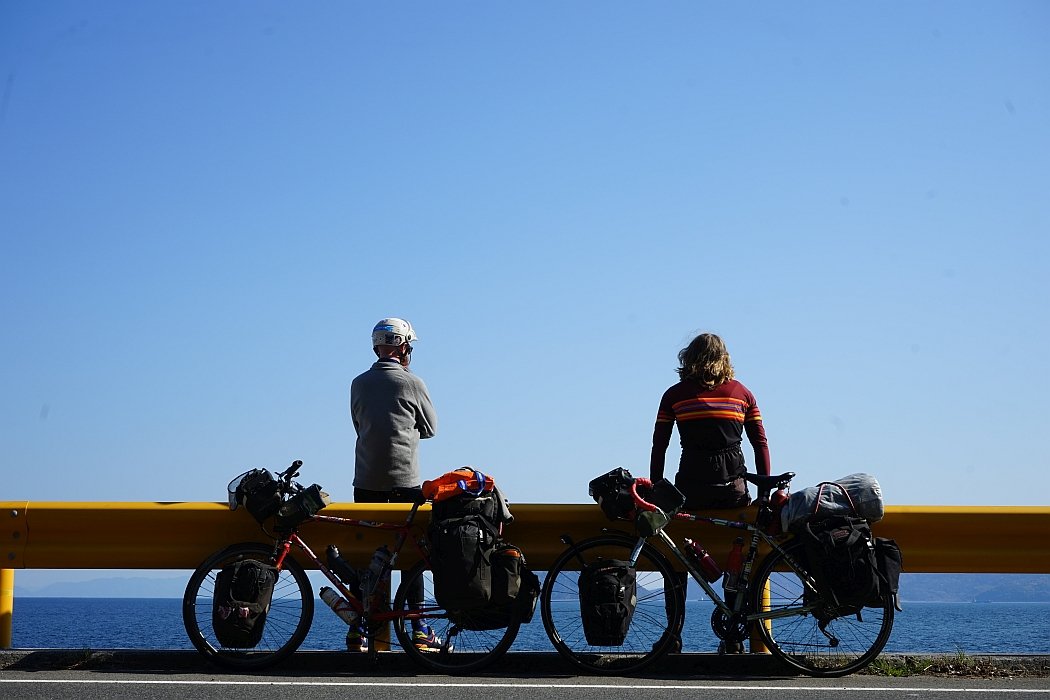 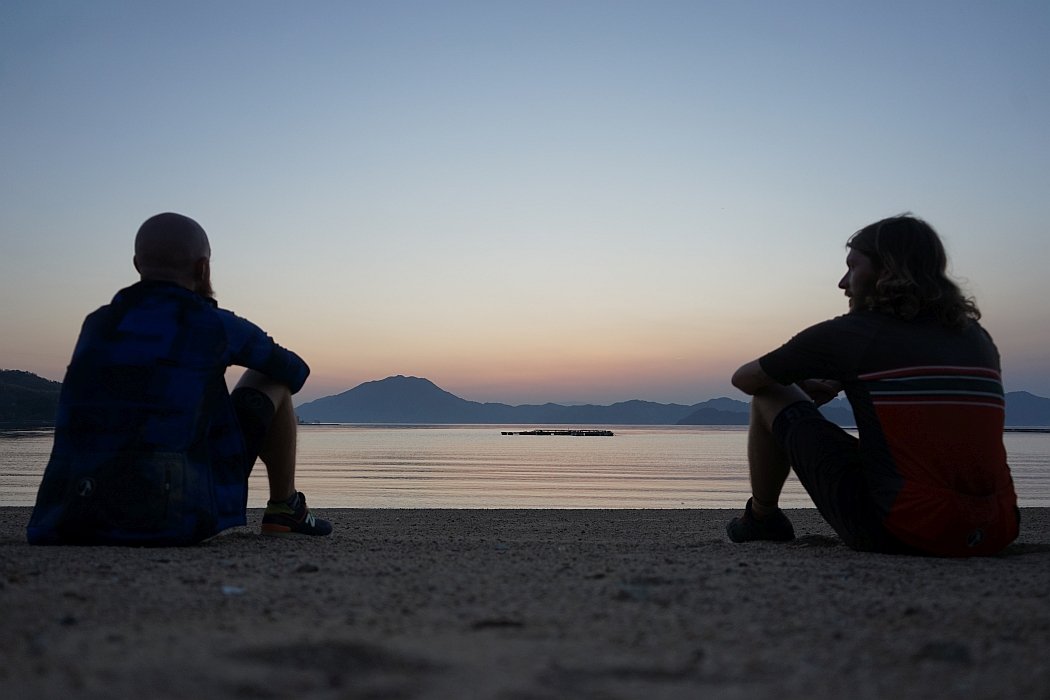 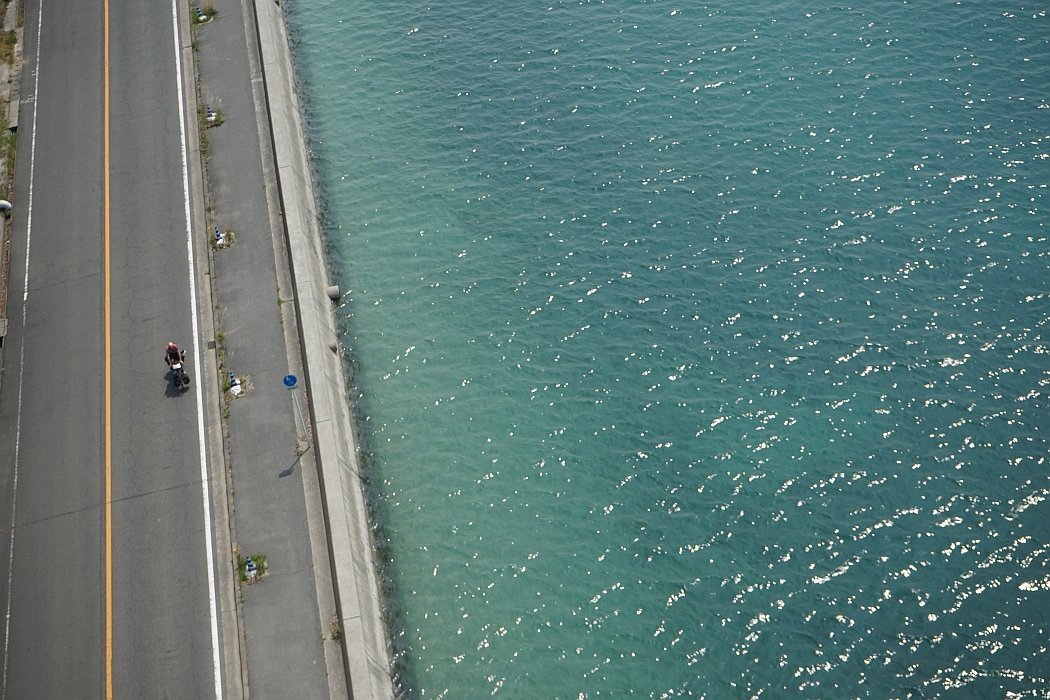 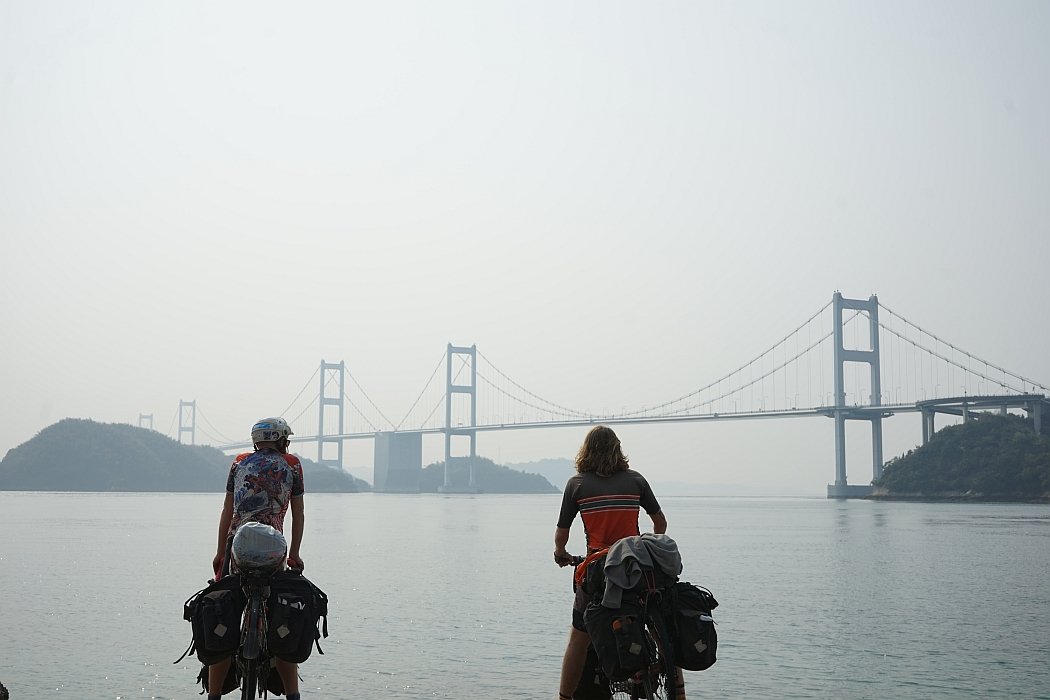 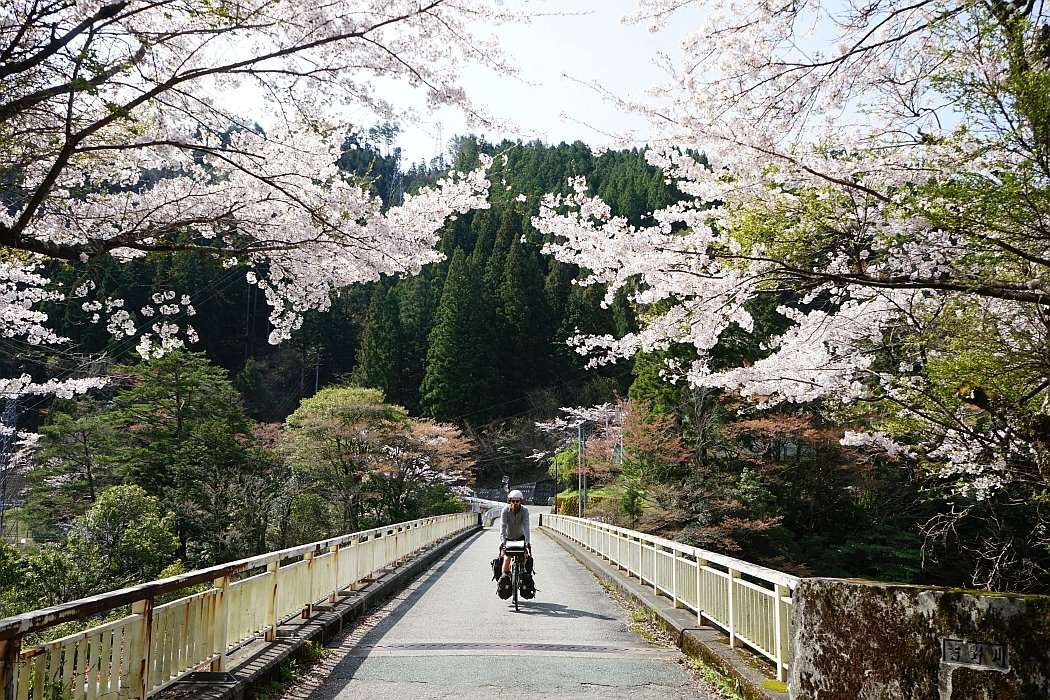 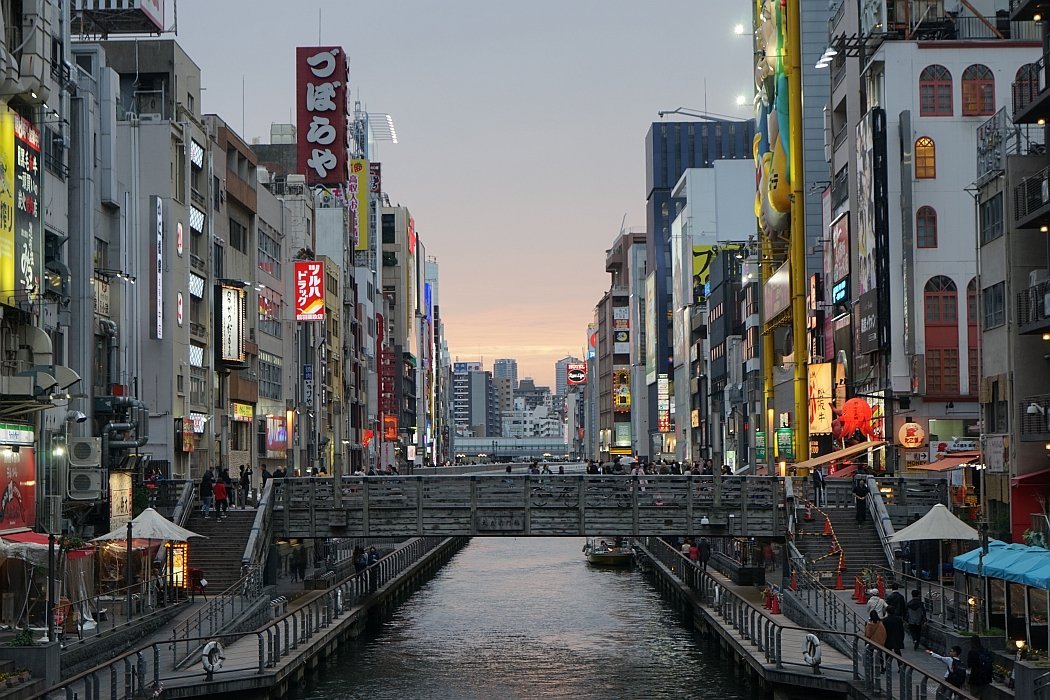 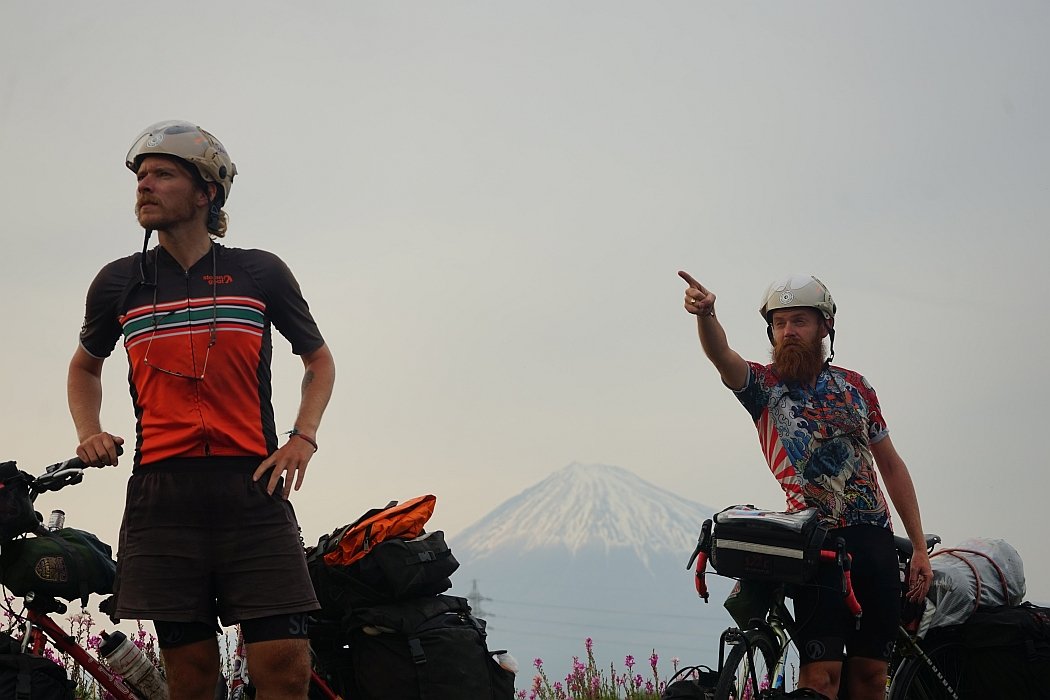 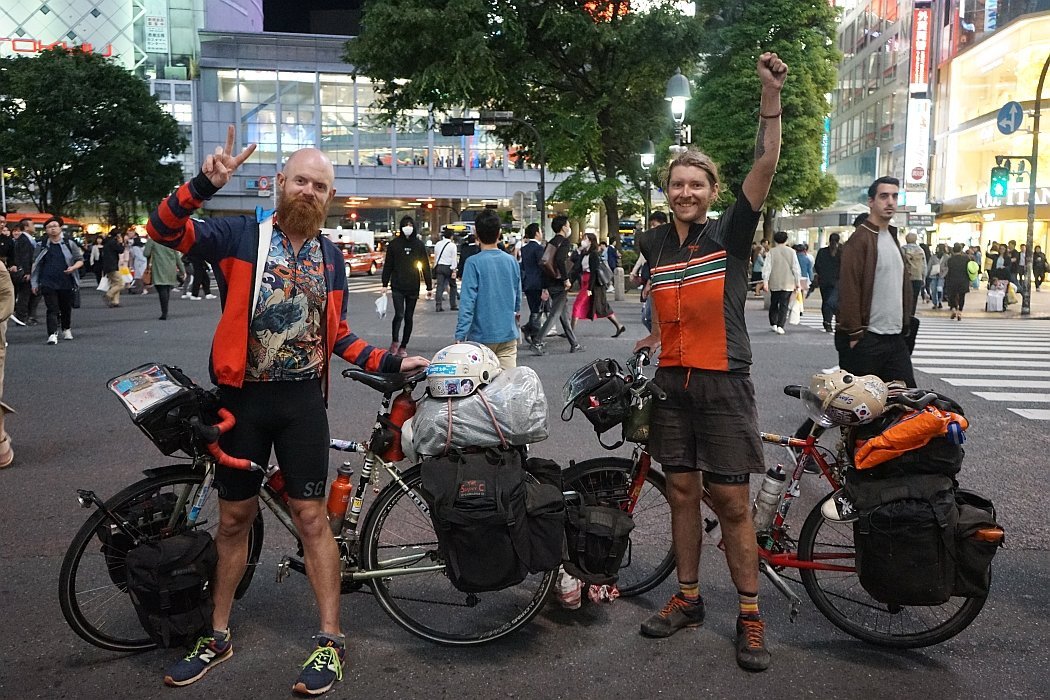 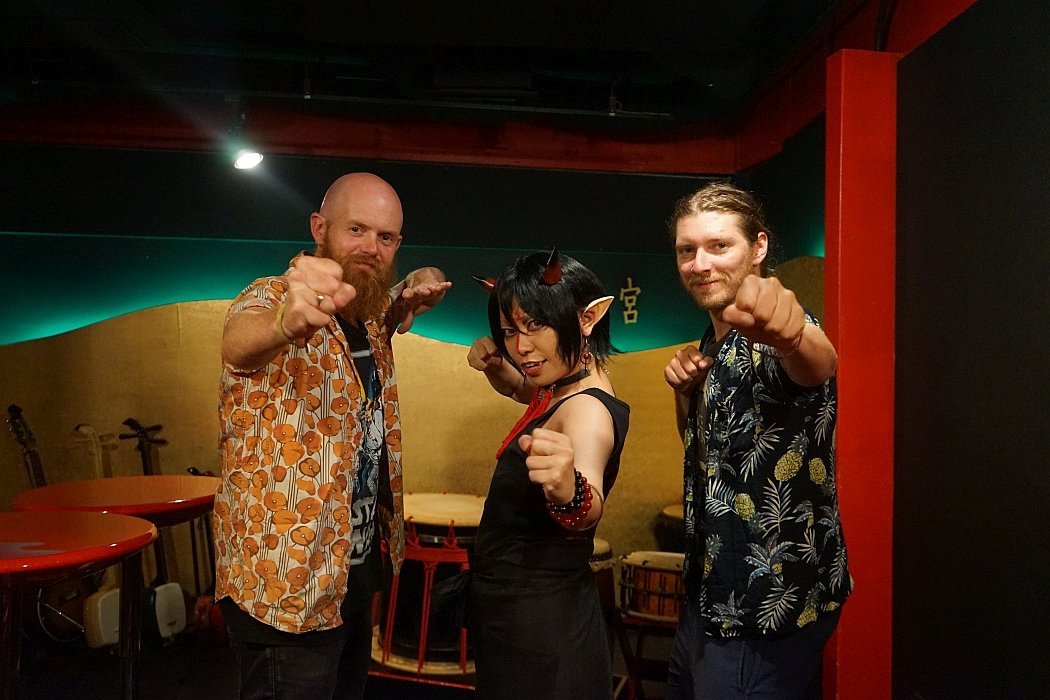 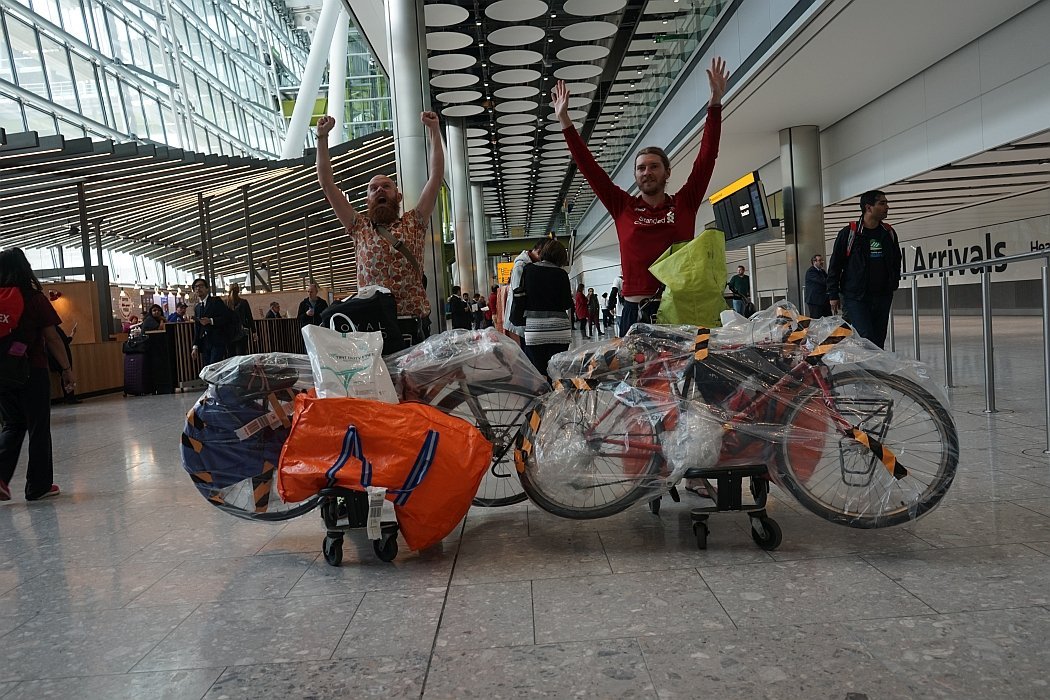 The Stolen Goat Weekender // Ride With Us In Mallorca // March 2020

Do you fancy leaving this horrible weather behind you and making for the warmer, sunnier [...]

What is ThermoLite // The Features And Benefits Explained