Hello and welcome to another edition of Total Bike Forever. Here’s a look at this month’s shenanigans.

We kicked off the latest part of our trip with a little boat ride from Mandalay to Bagan with our bikes in tow. In truth it was the perfect rest day for legs sitting on deck catching some rays and watch Pagoda after Pagoda whizz by.

But just when you think you think you’ve seen them all you arrive in Bagan, where there are literally thousands of them vying for your attention.

While we did indeed revel in their beauty, we had recently become obsessed with seeing an altogether different Burmese attraction, which we dubbed ‘the 20 laner’. Now what on Earth is that we hear you cry? Allow us to explain. ‘The 20 laner’ is how it sounds funnily enough. It’s a road with 20 lanes situated in Myanmar’s capital city Napyidaw. The draw being a) it’s 20 lanes on one road and b) we’d heard there was next to no traffic on it. It quickly became our most must see attraction.

We raced from Bagan to Napyidaw in a matter of days and couldn’t believe our eyes. Napyidaw is without doubt one of the strangest places we’ve ever been to. To give some context, it’s been the capital of Myanmar for only 10 years with the government building it from scratch. It’s four times the size of London with a population of less than a million and the weirdest part – it’s a complete ghost town. The shops are closed, the hotels are empty – you’re lucky to see anyone in the street or even a car at times. Eerie but really cool. It’s so big that we had to cycle about 25km from the hotel we were staying at to the famed ’20 laner’ and we weren’t to be disappointed. In all its glory there it was in front of our very eyes – 20 glorious lanes and the odd scooter or car. Trust us, you won’t have seen anything like it in your life.

After the high of the ’20 laner’ we had to turn our attentions to Yangon as we had gigs to play. Firstly we were put on the Sofar Sounds roster once more and found ourselves playing our tunes to a dancing crowd of 150 people down a narrow city alley – it was a real highlight of the trip so far.

Next up, we found ourselves very much up, at a 20th floor bar playing an improvised set with two outstanding local musicians (Ariel on bass and Raf on guitar). The blend of our electronica and their nifty fingerwork combined to form a yacht rock Odyssey which went down well with the punters.

As hard as it was to leave Yangon, our amazing host Adriana and the Shan noodles we had got addicted to, make haste we did as our Visa was running out… again, which has started to become a common theme.

Originally we wanted to cycle all the way down the south east coast, where we were told stunning, isolated and untouched beaches lay in wait but we didn’t have time to explore fully so we took a train to give us a head start. And we certainly weren’t disappointed. After having not seen the sea since leaving Azerbaijan almost six months earlier it was incredible to see the ocean once more. But when you consider it’s the most beautiful beach we’ve ever seen in our lives, it was a truly special moment. Arriving as the sun was setting was a magical experience. The sand was fine and crunchy, there was next to no one there, the water was clear and warm. If we had to sum it up in one word it would have to be paradise. For anyone thinking about cycle touring in Myanmar this is definitely the place to come if only for the beaches.

After a few days we dragged ourselves away from the beach and across the border (with a small fine for overstaying our visa for a few days).

We had reached Thailand and country number 22 on this adventure and boy oh boy did it feel like a warm embrace. Perfect tarmac roads, cycle lanes, coffee shops and wait for it, supermarkets as far as the eye could see. Now it may seem strange to get excited about something as convenient and ubiquitous nature of the supermarket that we have back home in the UK but when you haven’t been to one, let alone seen one for such a long time it’s a strangely good and comforting sight. The ‘7 Eleven’ became our go to hub, open 24 hours a day, 7 days a week. It felt good to have such convenience at our finger-tips once more.

By this time Christmas was fast approaching, but it didn’t feel like Christmas in the humid 35 degree heat. For both of us it was the first time we had spent Christmas away from our families let alone in such a different climate so we decided to hire a villa with a pool with 3 other cycle tourists – Oli and Ruth – who we had been cycling with since Delhi – and Ferry – on his own round the world journey from Germany. We bunkered down in the villa near a city south of Bangkok for a few days, replicating the Great British Christmas with aplomb, devouring a roast and feasting on Christmas films. 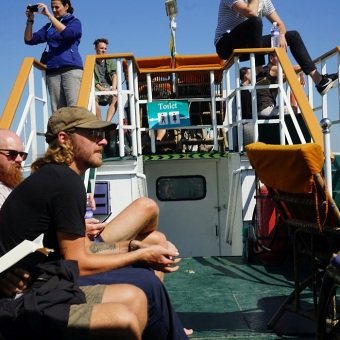 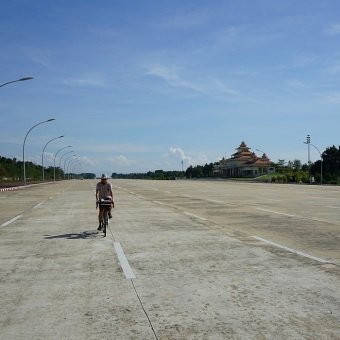 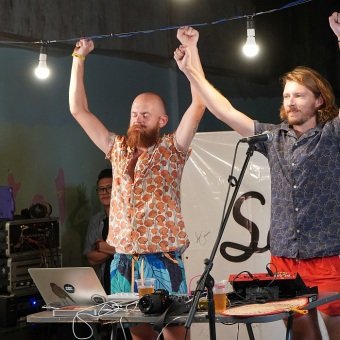 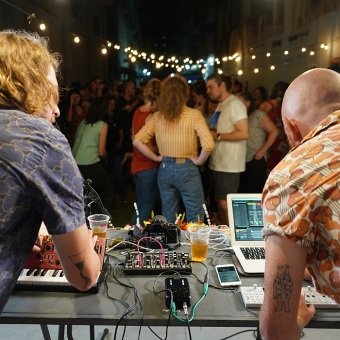 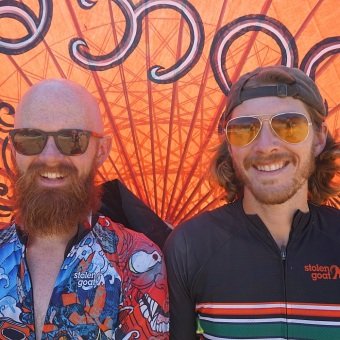 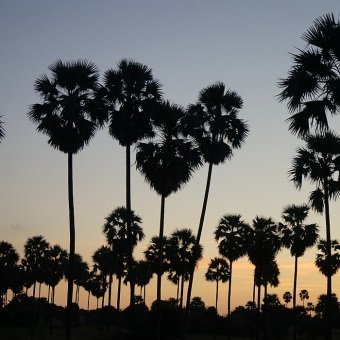 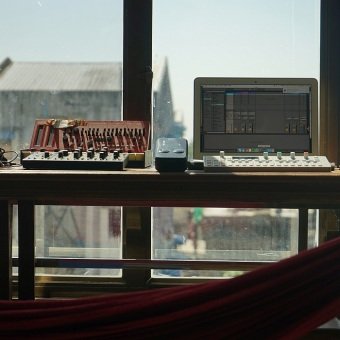 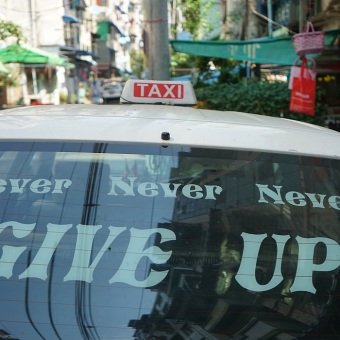 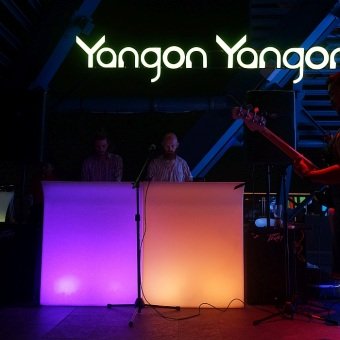 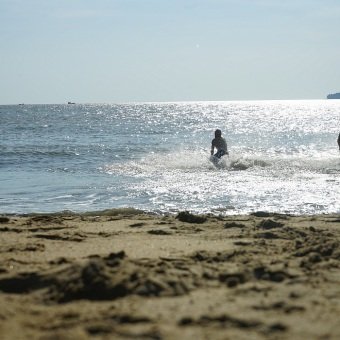 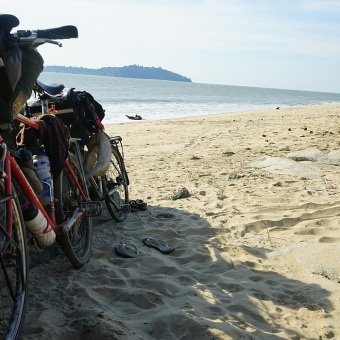 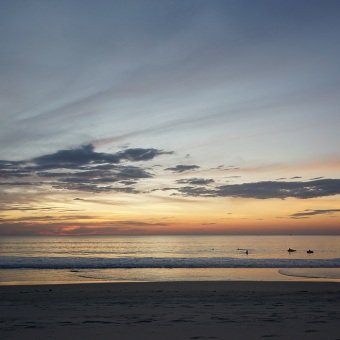 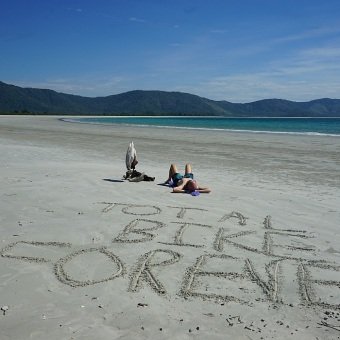 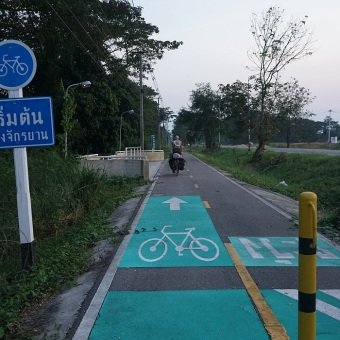 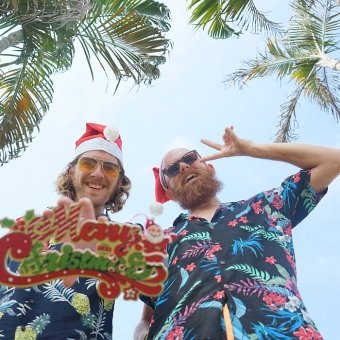 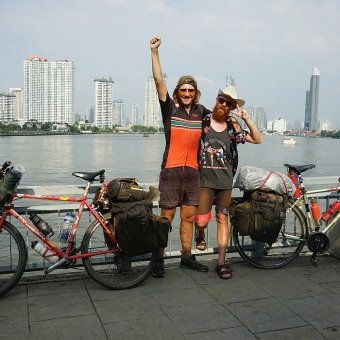 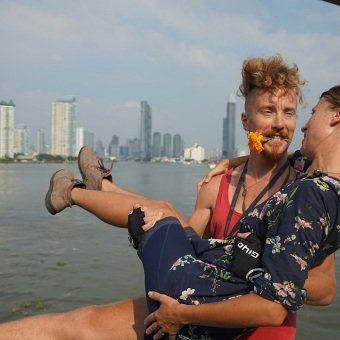 Goats do not grow as fast as sheep nor can they utilize feed as efficiently. – sheep are rubbish