Our journey from Kathmandu to Mandalay in text and photos, enjoy!

Before we had even reached Kathmandu, the city promised to be a fruitful place for us to plug in and play. Over the course of ten days, we managed to squeeze in six gigs, each weird and wonderful in their own way.

Through the years Tim and I have played gigs to people in a variety of pubs, clubs and venues but Kathmandu gave us the opportunity to play to an altogether different audience – people eating their dinners. While it was new to us watching people tuck away their evening meals while we played our tracks, it was a brilliant experience: providing a soundscape of our creative endeavours to groups of hungry strangers out on the town.

We also played two DJ sets in two of the city’s best clubs, particular highlight playing back to back with an amazing local DJ in Senate club,  a super club on Adam’s 32nd birthday. While huge crowds danced in the main room downstairs, we were in the Berlin-esque upstairs, banging out the acid techno. Perfect.

We rounded off our ‘mini-tour’ of Kathmandu at one of the best venues in the city – Base Camp – as part of their ‘Around The World Festival’. After a wonderful ten days spent in the company of wonderful new friends, it was sadly time to leave – as hard as it was. Our Indian visa had been ticking down giving us less than two weeks to get back into India and to the border of Myanmar. Sounds simple, but with 2,000km to cover, we needed a bit of assistance to get us going.

We loaded into a bus from Kathmandu that took us across the border, back into India and the eccentricities we’d grown to love… namely the staring and the ‘selfie’ requests. We’d landed in the North Eastern province of Assam. It’s green, lush and full of tea plantations. Homely to a couple of tea-loving Brits. The roads are also in pristine condition – immaculate tarmac providing a comfortable bed for our weary bikes that have started to develop more than the odd creak after almost 9 months on the road. It was great to be there during ‘Divali’ (the festival of light) where incredible structures and lights adorn the streets, whether it’s a small village or big city and firecrackers regularly exploded next to us in the street. This did seem a little lawless but there was always a friendly cheeky grin to go with each bang.

Every Indian state is completely different from each other, different worlds living side by side each with their own character and charm. From Assam, we entered nearby Meghalaya, the next state along bringing us closer to Myanmar. It definitely had a more industrial feel to it, everything and everyone one seemed to be a lot more run down.

That said all was going well, when a freak accident with a dog stopped us in our tracks. We’ve encountered numerous dogs on this trip – they bark, they chase as any cycle tourer will attest to – but we’ve never seen a dog behave like this one. Coming downhill from a climb and fortunately not moving at speed, suddenly a dog shot out from a bush and without warning ran into Tim’s wheel, snapping 7 spokes and knocking him off his bike and to the ground. We quickly realised Tim had cut his head open and needed medical assistance. Fortunately, there was a village hospital not too far away, where they patched him up with some of the thickest stitching in the history of medicine, while a curious crowd of at least 40 locals watched on. We later learned that we were the first white people they had ever seen in their lives and Tim was doing his very best Terry Butcher impression, which added to the curiosity.

We were relieved to have the all clear but felt there was no point trying to soldier on riding our bikes into Myanmar. We got a ride to the border through the state of Manipur, through about 20 police checkpoints and made it out India with a day to spare on our visas.

In fact, crossing over into Myanmar was definitely a relief looking back. The atmosphere is calmer, the people are friendly but relaxed and it’s super green and sunny. There’s a lot of ‘betel nut’ going round, a nut that when mixed with lime and a leaf and chewed makes people high and emits a blood-like looking liquid from the mouth. Part of the Burmese way of life but quite off putting to western eyes to say the least. Despite the relaxed human residents, the fauna of Myanmar seem to be a little more on edge. On the road to Mandalay a rogue cow chased after Adam down the road, prompting another tumble off the bike, which, despite a blooded knee was an amusing course of events in retrospect!

Sitting on the water on a boat bound to Bagan from Mandalay, we can reflect on a crazy month but with lots more of Myanmar to come and Thailand on the horizon, there’s plenty to be excited about. Over and out. 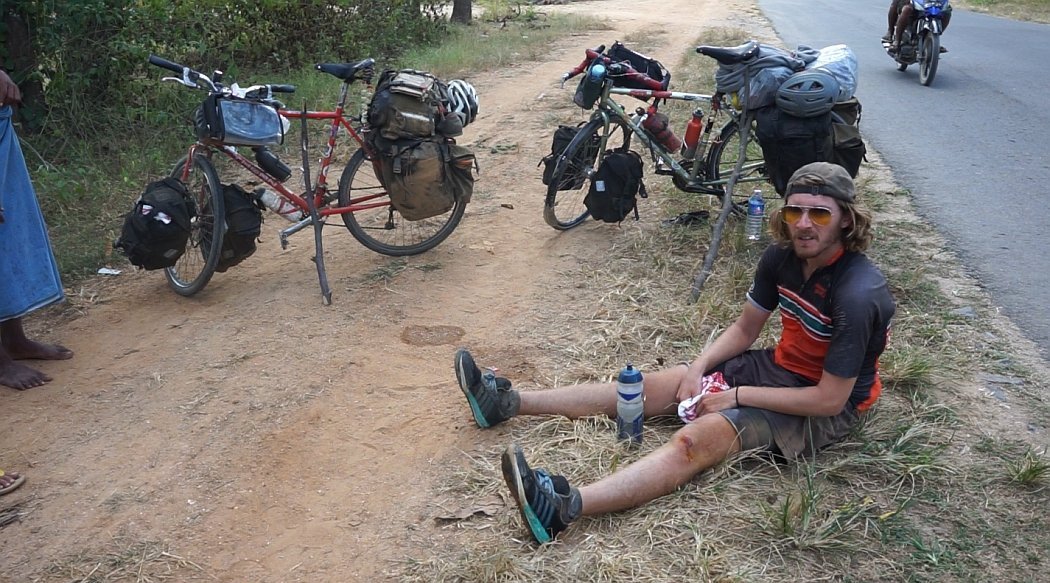 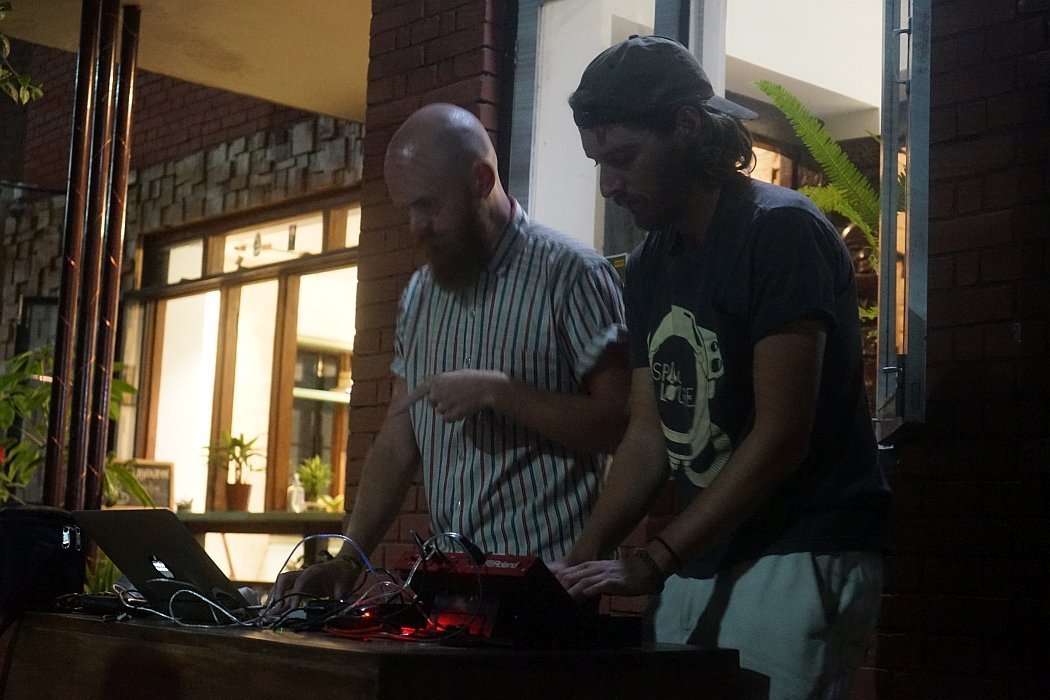 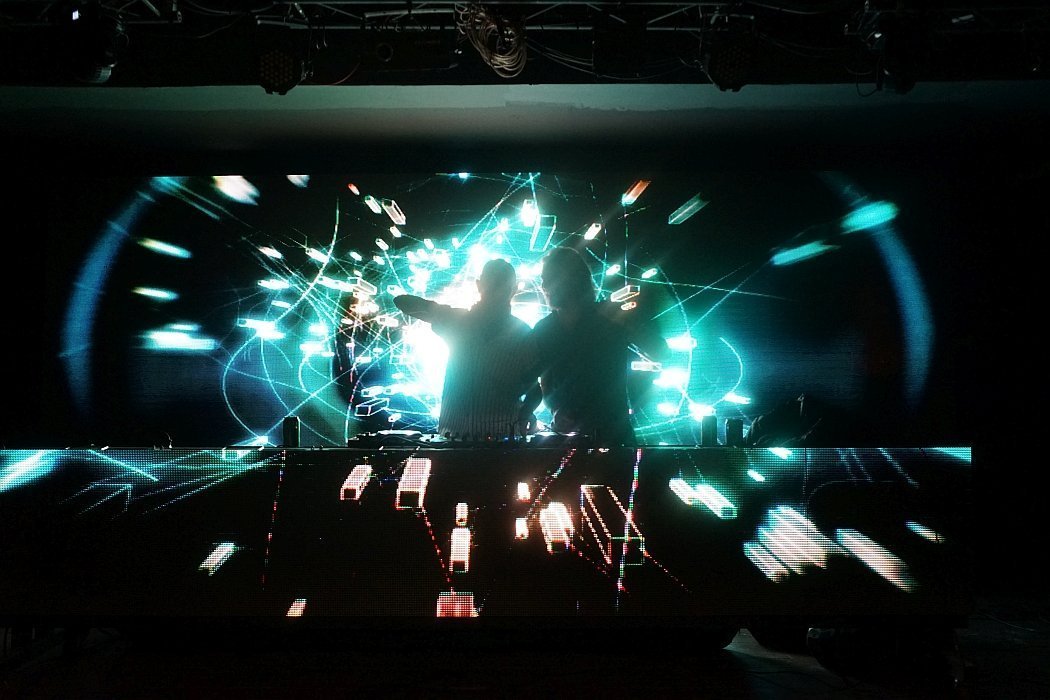 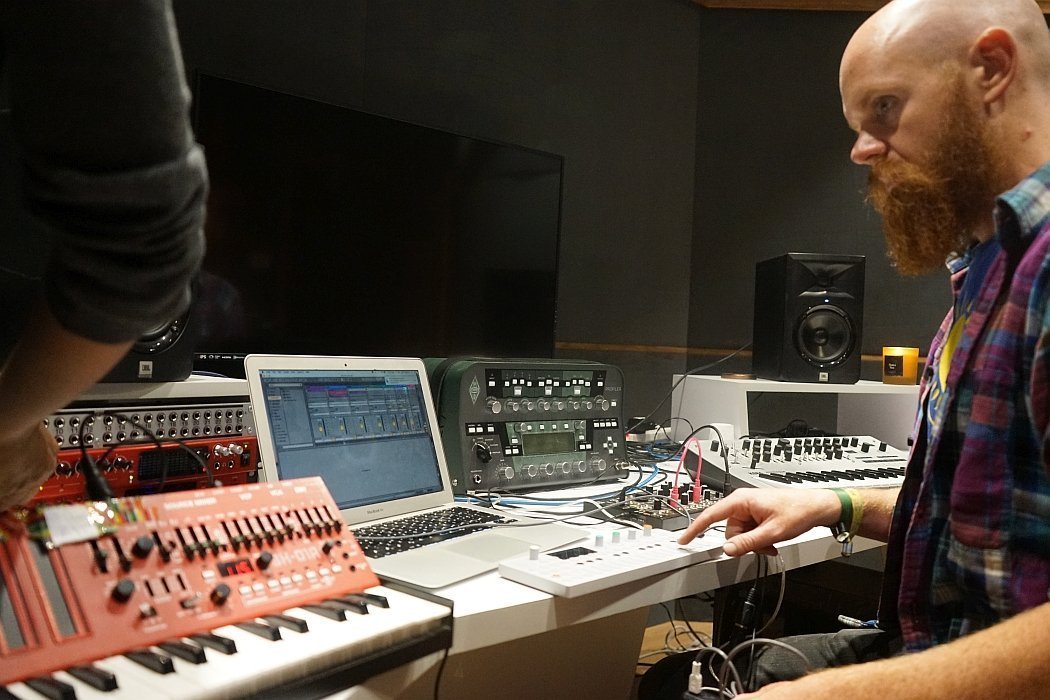 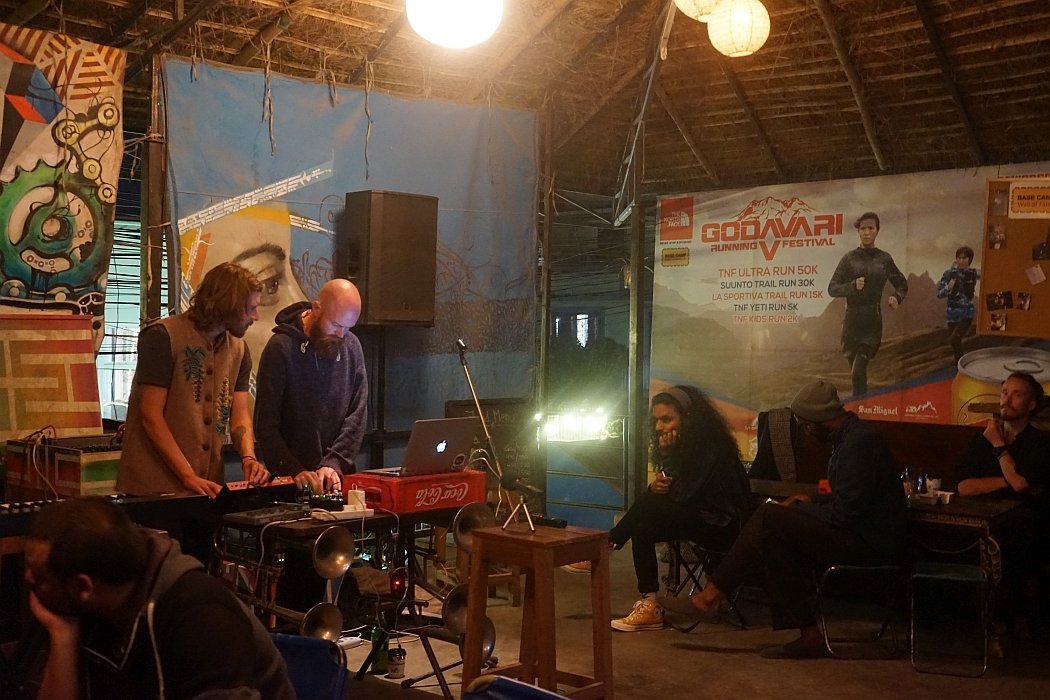 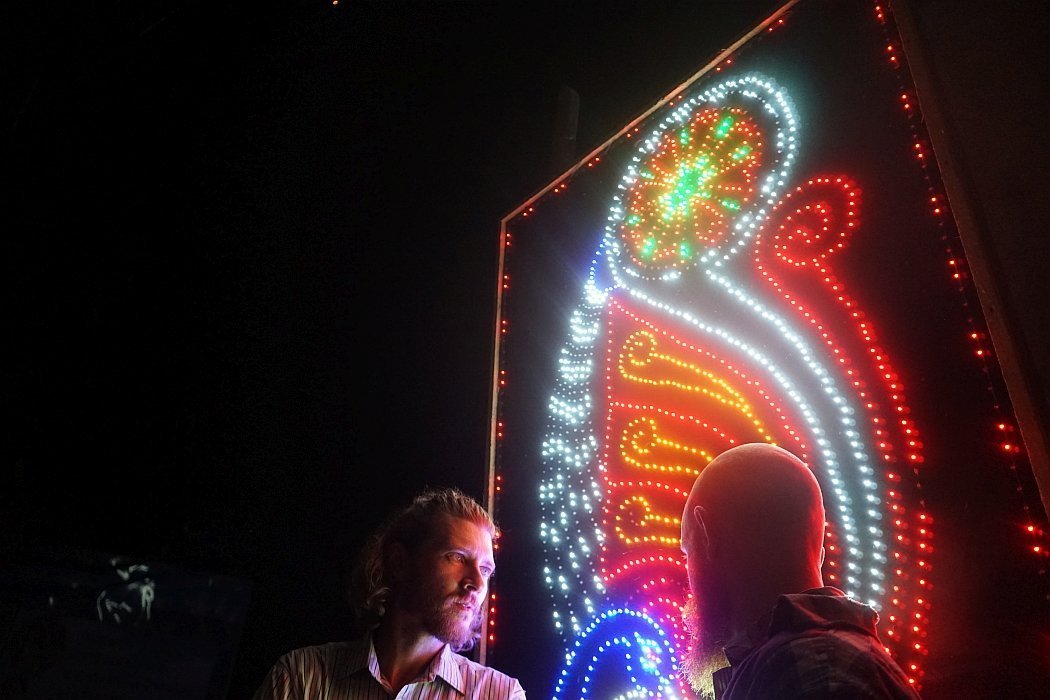 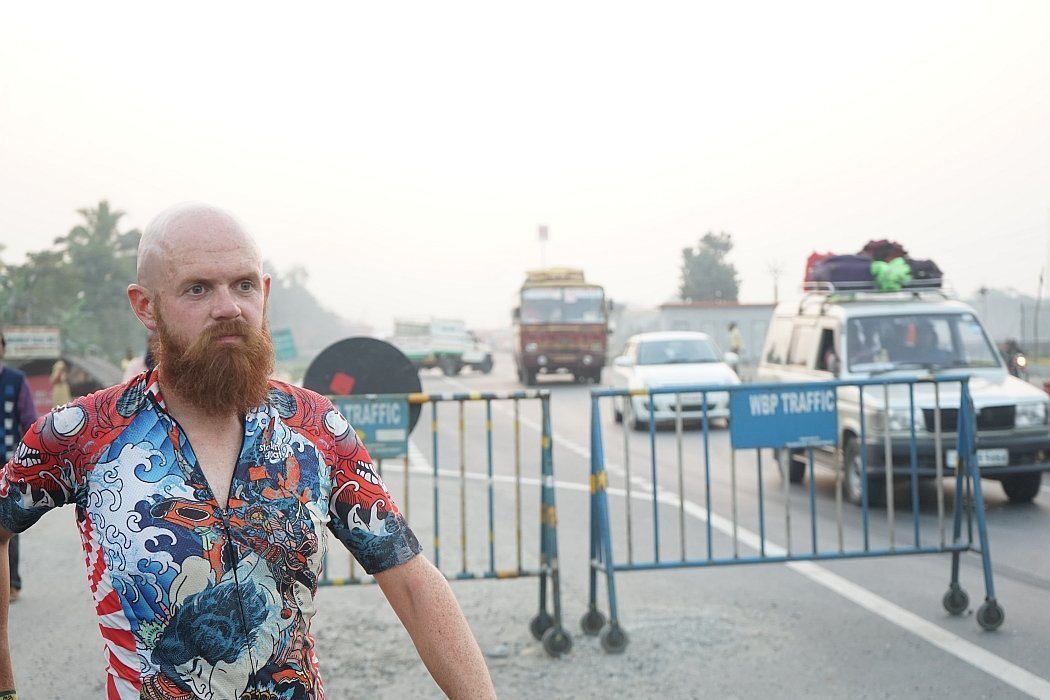 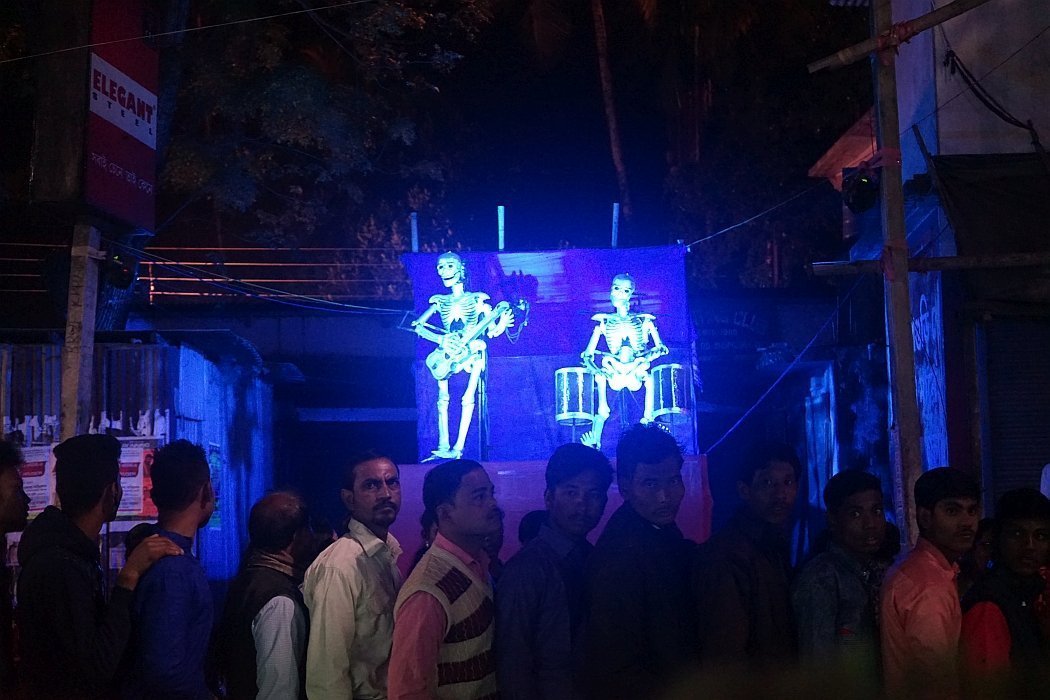 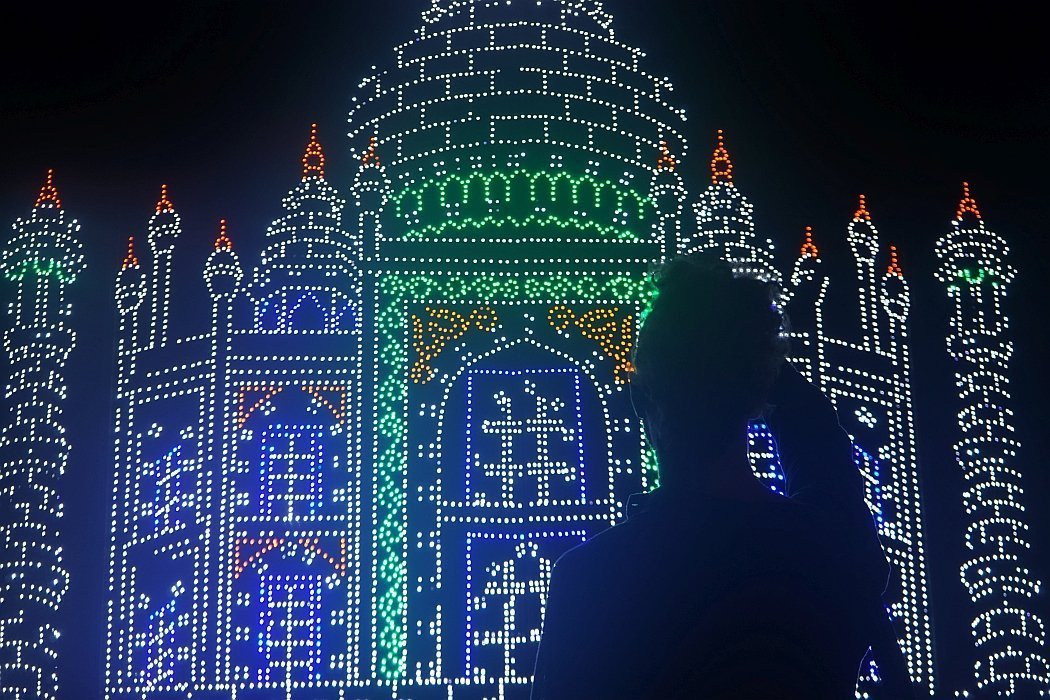 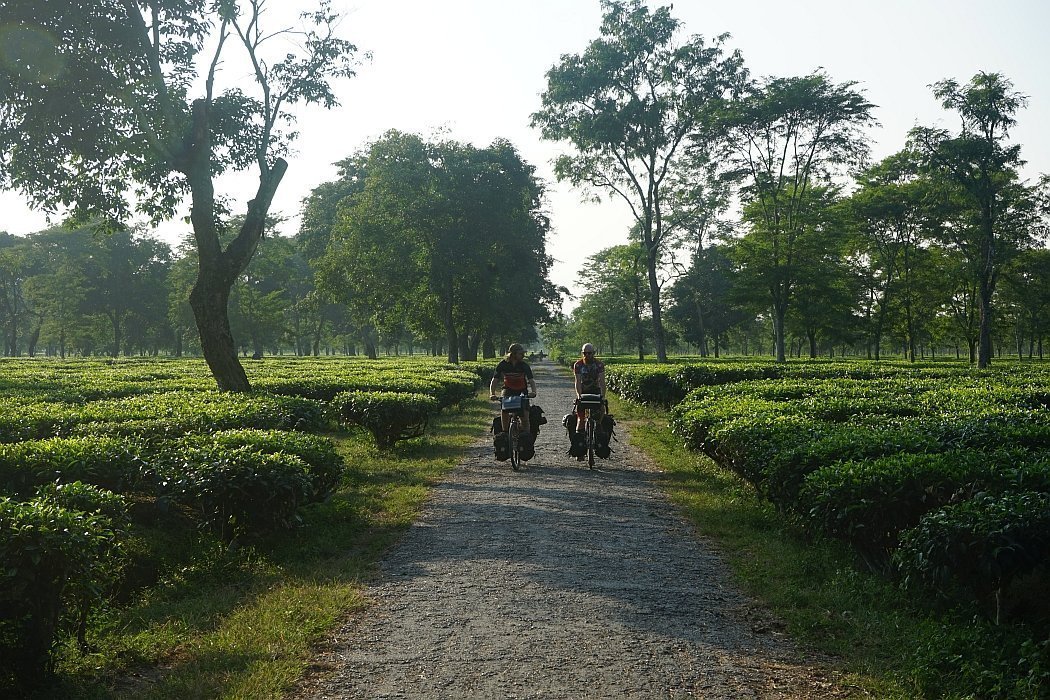 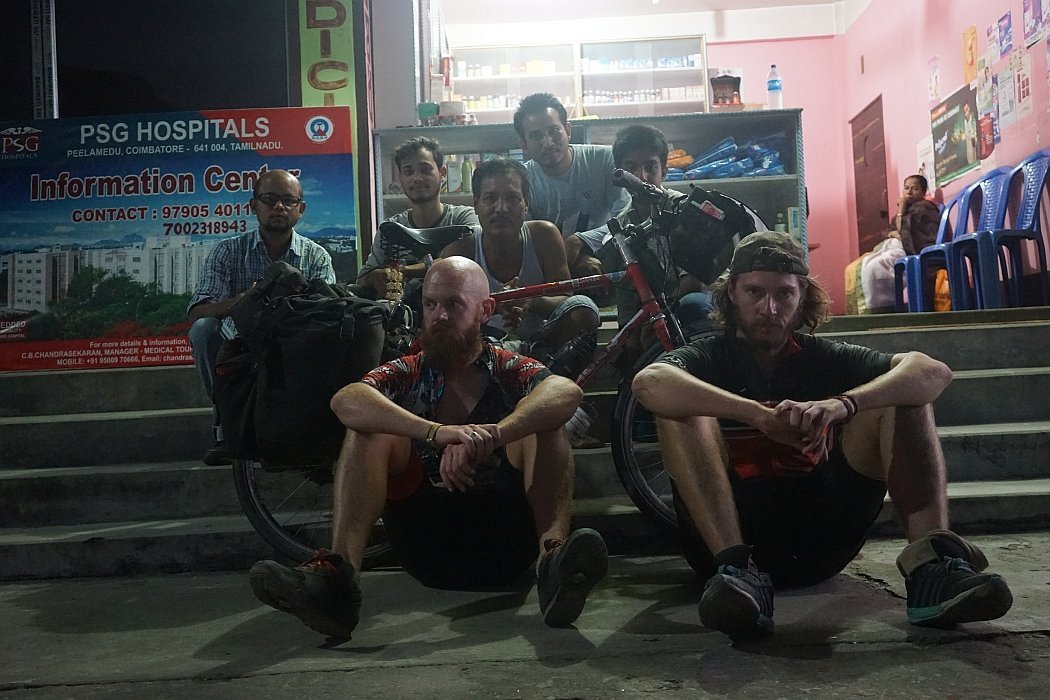 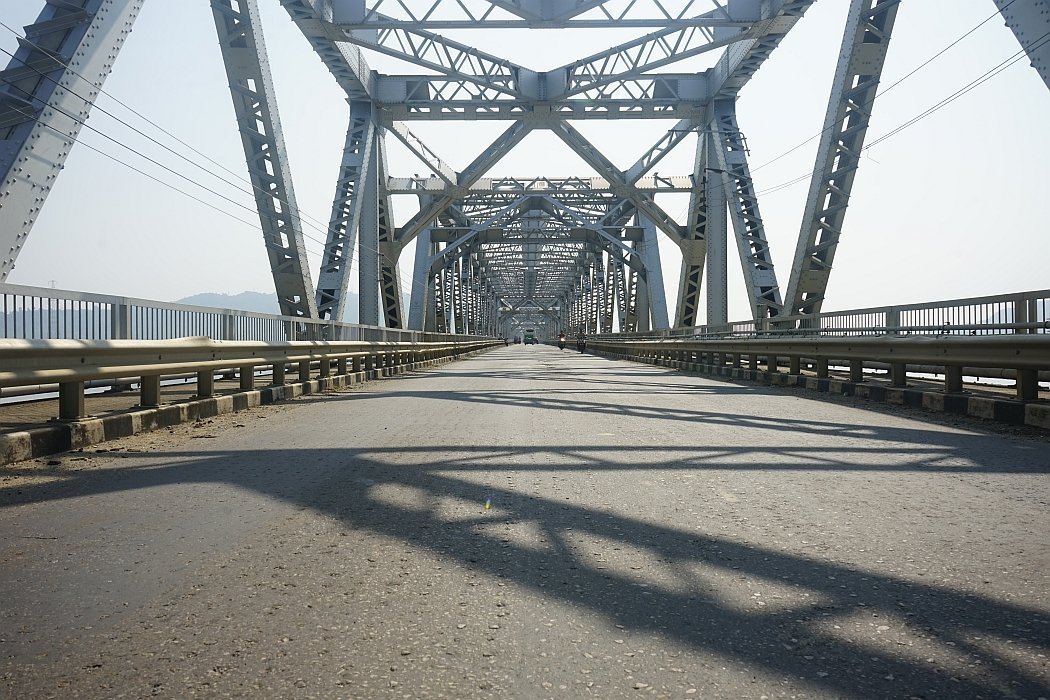 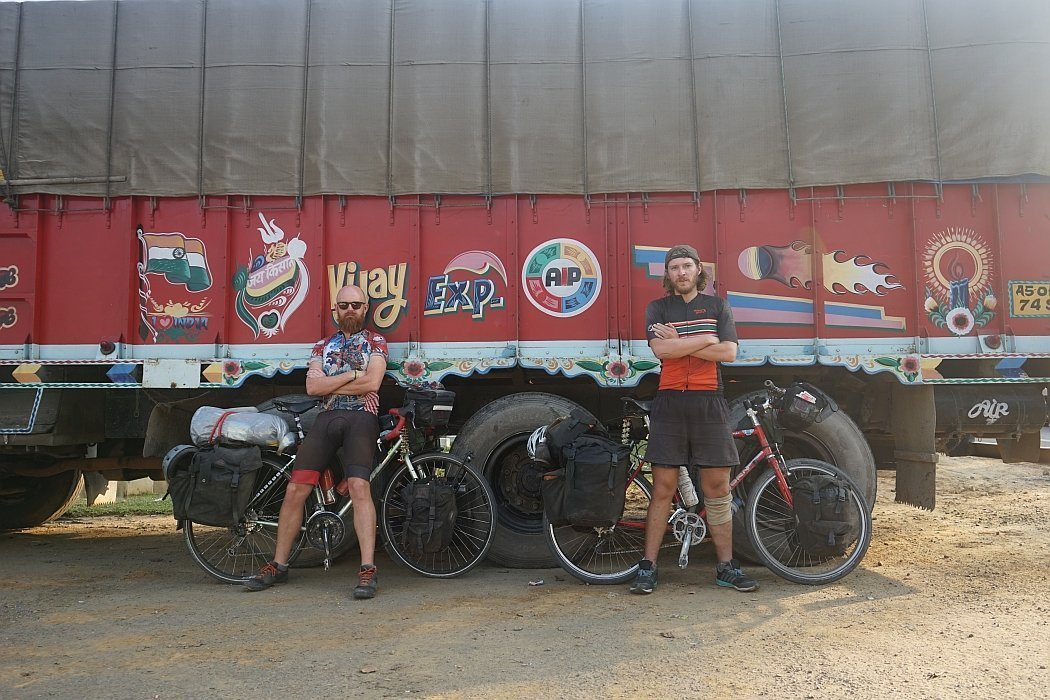 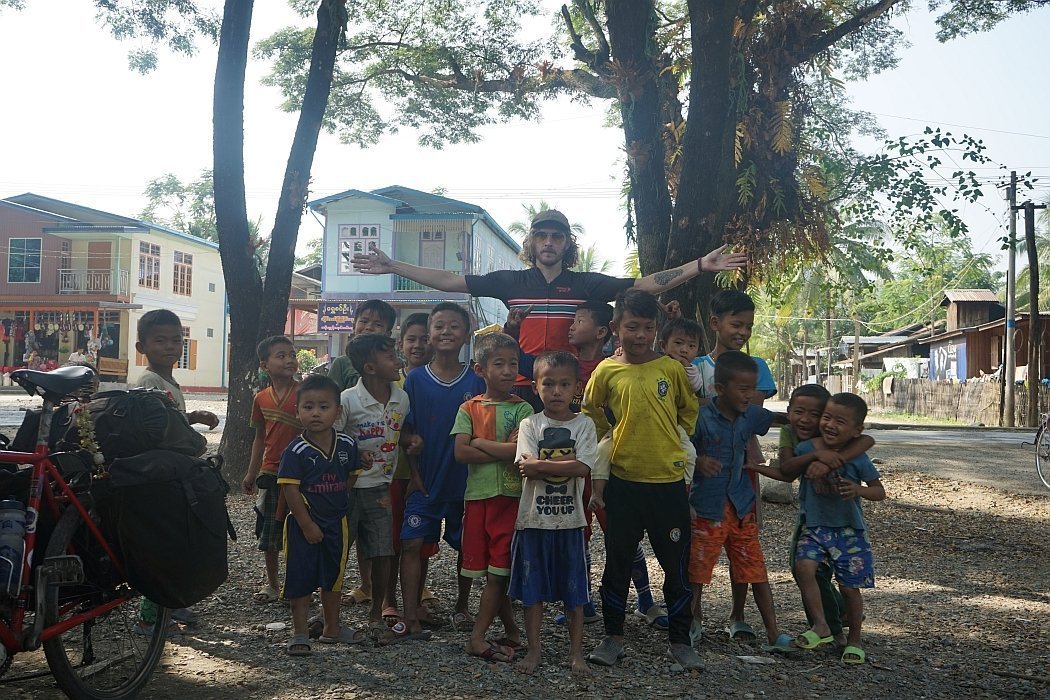 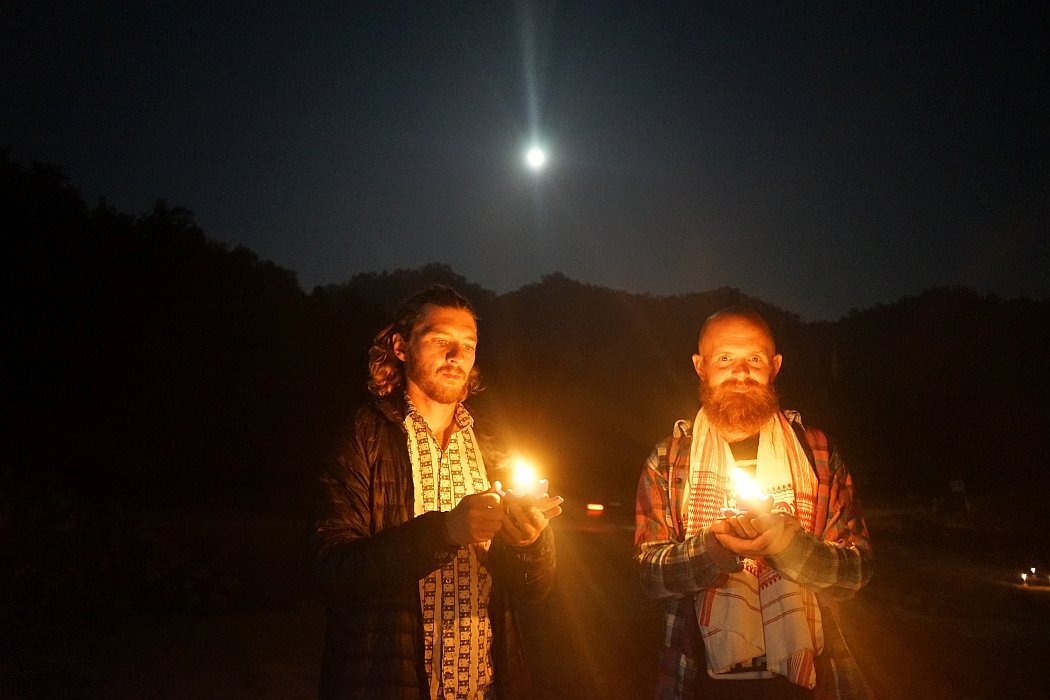 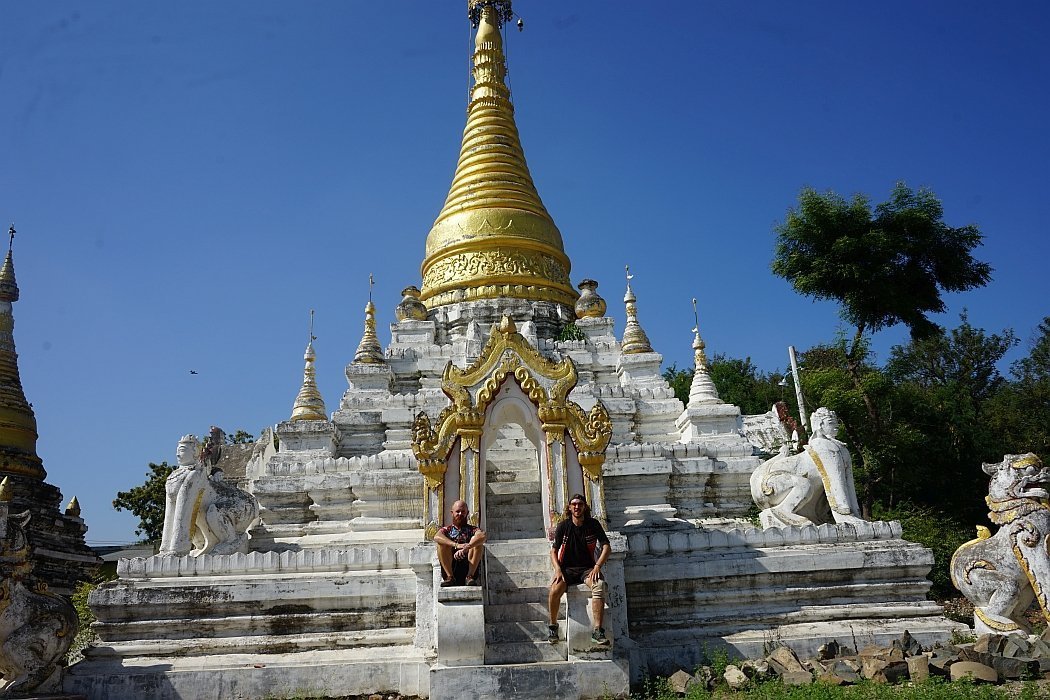 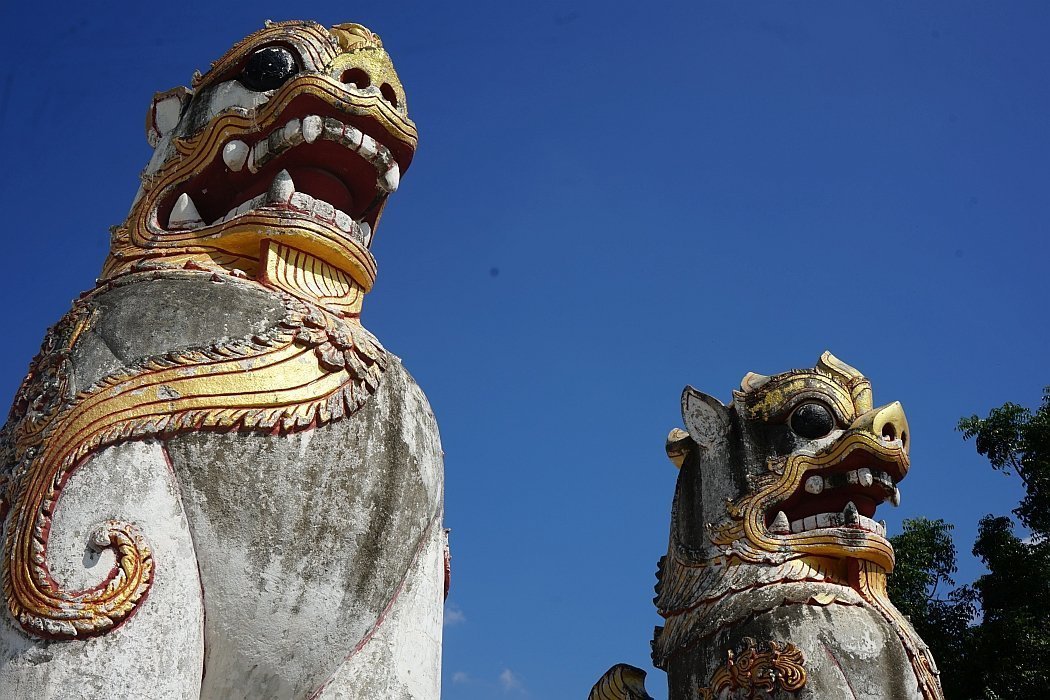 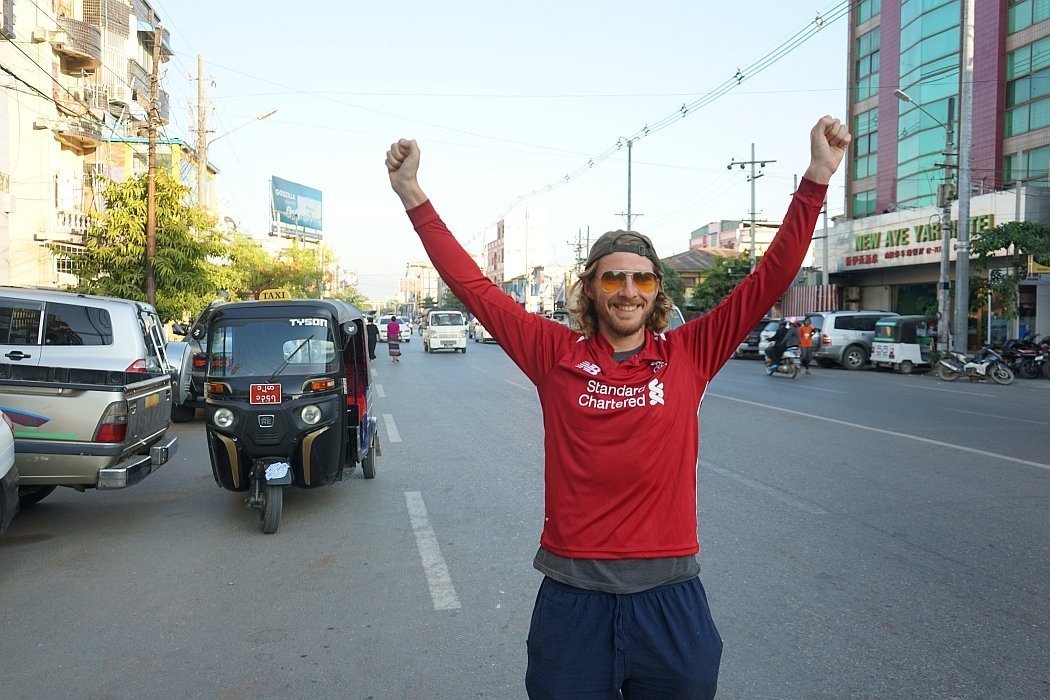 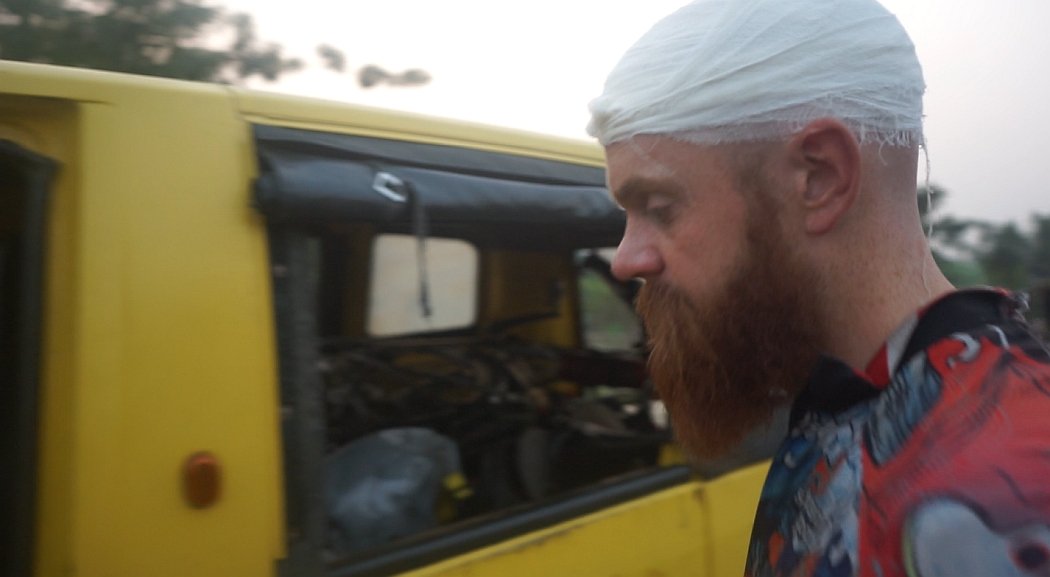 A Notice To Our EU Customers…

Well, we stuck it out longer than many other small UK based businesses, but it [...]

Hello Herd, apologies it’s been a while since I personally posted anything. It’s been quite [...]

A selection of women’s clothing from our AW20 range and of course, core essentials like [...]

As the title reads, we have just taken delivery of our ever-popular Waterproof Climb & [...]

Stolen Goat has launched 3 NEW Adventure Caddys as part of their AW20 collection. What [...]