Love it or hate it, eventually, everybody takes a quick look at Strava. If you fall in the latter camp, it’s possibly when you see that somebody has ridden a route that when uploaded to Strava looks like a weird animal, piece of your anatomy, spells something odd and is subsequently flagged by the press / Strava PR team. This is commonly known as “Strava Art” and now even the World’s top professional riders have started participating.

Step forward Thibaut Pinot: French superstar who goes up mountains like the proverbial rat up a drainpipe. On one of his last training rides before travelling to Austria, he has gone to some considerable effort to draw a Goat in the Venton Massif mountain range near his French home. 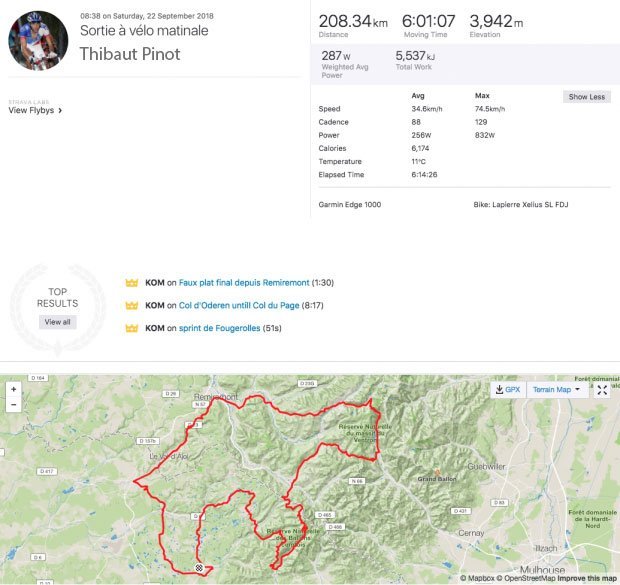 At Stolen Goat, we salute his sense of humour and fun: here is a genuine star of world cycling going to some considerable effort to trace a goat on a 208km ride at an average speed of 34.6km/h with 4000m of climbing on his “morning ride”. We think his goat is wonderful, although it has caused some debate amongst Strava commentators: some have suggested it is a cat, others a two-humped camel, and one plucky New Zealander has dared to call it a “hunchback sheep”. What do you think? Has Thibaut Pinot joined the herd?

If you’ve done some ‘Strava Art’ of your own, we’d love to see it!

Wattles are those little tufts of hair that covers the skin that dangles from the throat of some goats. Wattles serve no function and are thought to be remnants of gill slits that mammals shared somewhere back down the evolutionary tree. – I'm so handsome.