“Cycling is a source for social, economic and environmental benefits – and it is bringing people together” –  European Cyclists’ Federation Secretary General Bernhard Ensink

What is World Bicycle Day?

World Bicycle Day is on Sunday 3rd of June. It’s a day developed by the United Nations as a day of awareness in regards to the multiple societal benefits of the bicycle. The day itself has only recently been approved as an ‘official day’ and straight away the European Cyclists’ Federation Secretary-General stated, “Cycling is a source for social, economic and environmental benefits – and it is bringing people together. WCA and ECF are extremely happy with this declaration. This UN declaration is an acknowledgement of the contribution of cycling to the Sustainable Development Goals”.

We agree! Cycling is a massive part of our lives, whether you do it to commute, you do it for fun, or exercise….. whatever the reason it’s got a place in all of our hearts. From an early age most of us would have learned how to ride a bike, it’s a key milestone for a child’s development. How could we not pay homage to this great invention.

Utrecht is a city in the Netherlands which is populated by approx 345,000 people and it welcomes 125,000 people by bicycle to its city centre every day! Yes, that’s an impressive figure but let in sink in more. Imagine if all of those people drove in, think of the pollution that would cause. The bike saves that because of the many benefits it offers.
Now, think about how much use all of those bikes get. For illustration purposes – Say half of those bikes (62,500) are used to cycle 10 miles a day for half of the year (182 days) each year. Those bikes would rack up 1820 miles each, on average a chain will last approx 1500 miles if maintained (cleaned and lubed regularly). This means each bike would need to replace at least one chain plus cleaning products each year. That’s 62,500 chains a year! Think about what that does for the economy, its a fairly big influx of money just from standard wear and tear on one product. Not to mention cassette, chainrings, cables, brake pads, tyres and inner tubes all need replacing at some point as well…..

The UN recognized the uniqueness and versatility of the bicycle which has been around for two centuries. And also how “the bicycle and user fosters creativity and social engagement and gives the user an immediate awareness of the local environment”. It’s a symbol of sustainable transport, encourages fitness for the body and mind, a way of getting from a to b, the list goes on – it has helped change the world! It’s about time we celebrated the bicycle!

There is such a strong connection between fitness and mental health. We all know that exercising is good for the body but it also stimulates the mind and can help with our mental well-being! Rethink are a mental health charity offering a wide range of support services and are also partners with Mind in the vital Time to Change campaign. In honour of World Bicycle day they have published a guest blog post written by Sarah Strong of bikesandbrains.com about how the bicycle helped her with her battle. Make sure you read the post here.

We have partnered with RETHINK this year to help spread awareness and raise money where possible. So, we think today is the perfect day to introduce our stolen goat x RETHINK collaboration jersey just in time for World Bicycle Day. Here’s a sneak peak of the collab worn by Iain Nussey – a great friend of ours and supporter of Rethink. Look out for the launch of this jersey, coming soon!

A few weeks ago Andy travelled to Cumbria to take on the Fred Whitton challenge; 112 miles of Hills taking in all the major passes of the Lake District. At the end, exhausted but happy, he met up with Iain for a chat and a beer (while his legs tried to recover from nearly 4000m of climbing).

Iain has been an advocate for mental health for a while now and has already undertaken several rides to raise awareness following the recent loss of a friend but he wanted to do something on World Bike Day which meant a bit more.

Although Iain is an endurance cyclist – used to riding long distances solo for unfeasible amounts of time – Andy was still shocked to hear his next project. “I’m thinking of riding the Fred Whitton route on my single speed. I know I’ll have to get off and walk some of the steeper bits and I’m not 100% sure i can actually finish – but that’s ok. It’s ok to stop. It’s ok to not quite manage something. It’s ok to ask for support and help when you need it”.

So at 04:00 on Sunday morning, Iain will climb on to Victor, his heavy, steel, single-speed bike, and attempt to ride 140 miles over some of the most ferocious gradients in the U.K. to raise awareness for mental health. All on a 44×16 gear.

It’s an amazing challenge and we are proud for him to be the first to ride in our special Rethink jersey. Chapeau Iain!

In any case, we’ll all be out for a ride on Sunday to celebrate World Bicycle Day, and we hope that you will too.

If you would like to support Iain’s effort, you can do so here to help raise funds for Rethink Mental Illness  https://www.justgiving.com/fundraising/iain-nussey5

If you want to find out more about Rethink, mental health issues in general or if feel the need to reach out to somebody yourself, please do take a look at the Rethink website with links to organisations that can help in a crisis:   https://www.rethink.org/helpnow 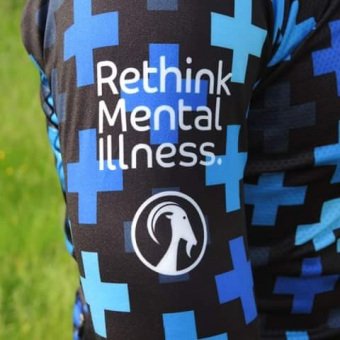 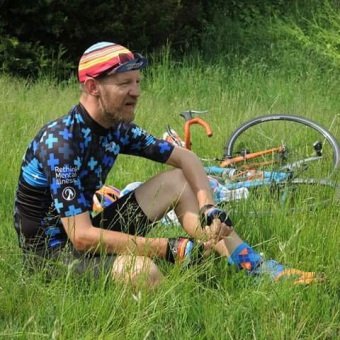 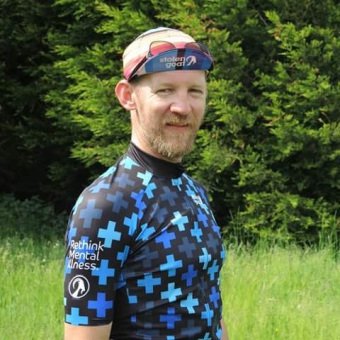 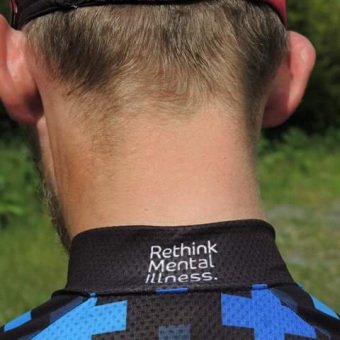 Wattles are those little tufts of hair that covers the skin that dangles from the throat of some goats. Wattles serve no function and are thought to be remnants of gill slits that mammals shared somewhere back down the evolutionary tree. – I'm so handsome.