Ashley Oldfield here from Cape Town South Africa. My cycling story has 2 parts to it, the first as a kid, building jumps in my parent’s backyard and learning to fly, whip and tuck and roll out of a bad landing.

In the wide open spaces we have access to down south (way down south), we were always on bikes as kids. No traffic, gravel roads and bush, thick and thorny bush. Perma Tubes were fitted on all our bikes, this was a time before tubeless and sealant of course and everyone’s bike was well above the 15kg mark. This is where I learned the off-roading skill set that would serve me so well later in my cycling life.

High School, university and full-time jobs put an end to cycling in my late teens and twenties as team sports and motorsport took priority along with late-night youth activities.

A need for fitness

It wasn’t until I was given the opportunity to race motorcars professionally overseas that I came back to 2-wheels, ironically. I was racing cars in endurance events that required more cardio fitness than I was able to endure in a gym session.

Mountain biking was beginning to gain mainstream popularity in South Africa as events like the Cape Epic were just starting up, attracting world-class pros to our corner of the world to race and train. I remember my first ride out in the wine farms near where I live. I suffered like never in my life. I clocked up 32 km and about 350 metres of ascent and on the way home had to collapse under a tree several times. This was not on, how could I be so unbelievably unfit?

From that day on the addiction stuck and the miles and hours began to clock up rapidly.

After a while, I tried my hand at racing mountain bikes and that took my addiction to whole new level. I started planning my holidays around mountain biking races, venturing all over the country trying out new terrains, trails and climbs.

My competitive nature led me into the world of coaches and training plans and trying to learn about things like base, peaks, FTP and all sorts of other jargon. I even got a road bike to supplement training, but always remained a mountain biker at heart. Something about berms, jumps, flow and drops resonates with me and reminds me of my previous cycling life.

Along my journey back into cycling I made new friends and competitors. Many of these have become great training partners and a source of continuous banter. We affectionately refer to the group as the Pain Cave, a place all cyclists have been intimate with. It’s this group that’s got me out on the bike on days when the wind pumps at 50kph or it’s raining outside or simply I simply didn’t feel like it. After every ride I’ve not wanted to start, I have always felt better from having gone out there and done it anyway.

This year is shaping up nicely as the XCO (Cross Country Olympic) season is coming towards its climax in May. Then it’s on to more distance related events as I attempt the 250 km Transbaviaans MTB race through the night in August. Long distance is not my speciality but they say you should always try stuff outside your comfort zone…

My year should end off with Wines2Whales 3-day stage race in November, an absolute must-do MTB race in SA. 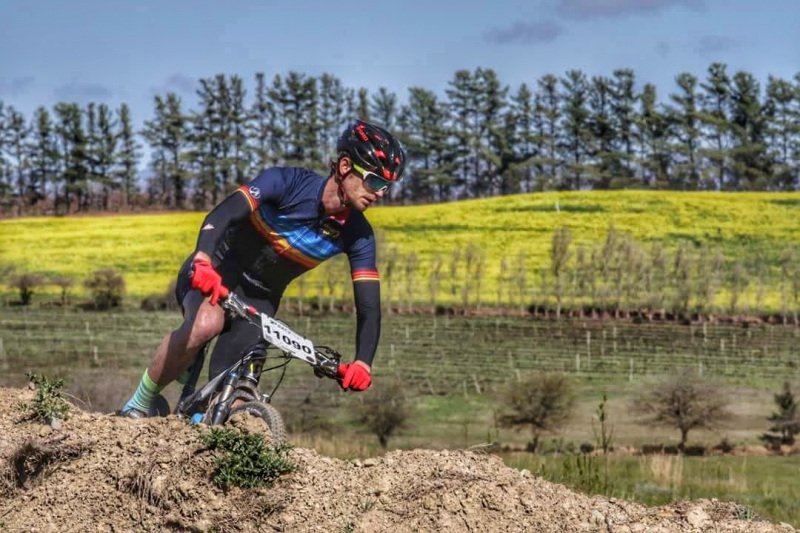