Yorkshire, the proudest of English regions, a county that is home to some of the most sublime landscapes England has to offer, and a place that has managed to attract more than a few international events to its humble borders.

The 2014 visit of the Tour de France left onlookers dazzled and starstruck as global celebrities cycled the breathtaking scenery of Northern England.

And in its legacy emerged the Tour de Yorkshire, which three years later has ballooned into one of the best-attended races on the cycling calendar, attracting massive audience participation, and showcasing a community spirit and cycling fervor that is helping to put Yorkshire on the global cycling map.

On Tuesday, the route for this much anticipated 2018 event was finally revealed – and given a widespread vote of approval by cyclists, including Mark Cavendish who is keen to participate! Having been forced out of the 2017 event by a bout of glandular fever.

The Tour de Yorkshire begins on May 3rd  and ends on May 6th, just before May Day Bank Holiday, and the route runs from Beverley all the way to Leeds – a dramatic and varied course which takes in some of the county’s most spectacular terrain. 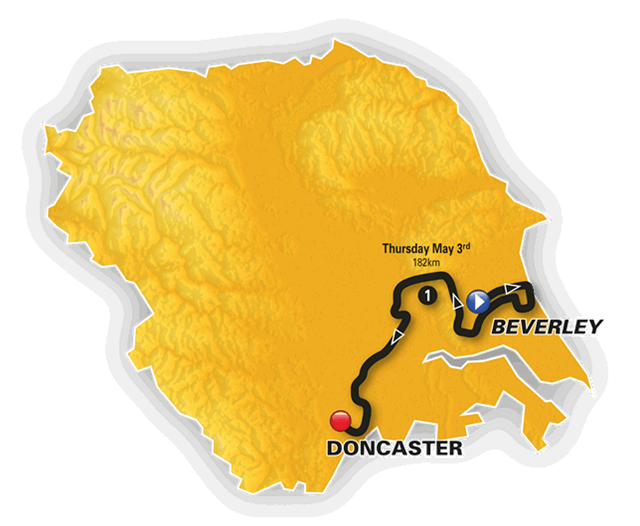 It’s a gentle start to the event with a relatively flat course from Beverley to Doncaster, looping round to the coast at Hornsea, and then after a few undulations meeting the first real climb at Baggaby Hill. 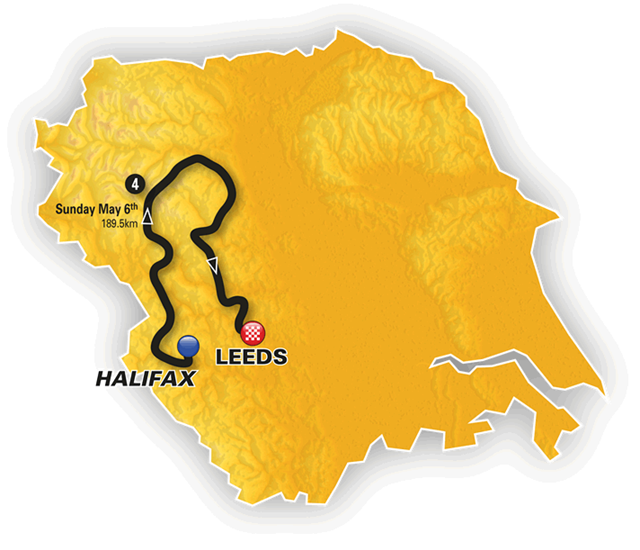 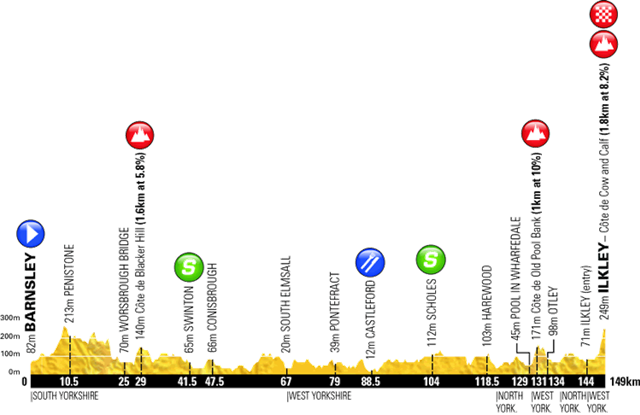 Stage two is dominated by the cow & calf on Ilkley moor, where thousands gathered in 2015 to watch Bradley Wiggins ascend this easily underestimated hill. Those who go too hard too soon will be left panting as the gradient gets progressively steeper the higher you go!

If the summit finish doesn’t provide enough drama, then king of the Mountains points will be on offer to the best climbers. 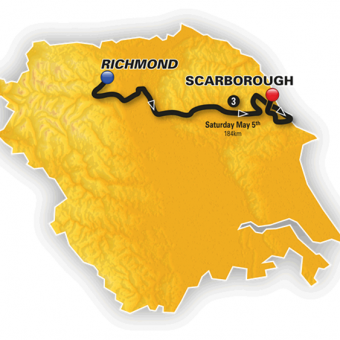 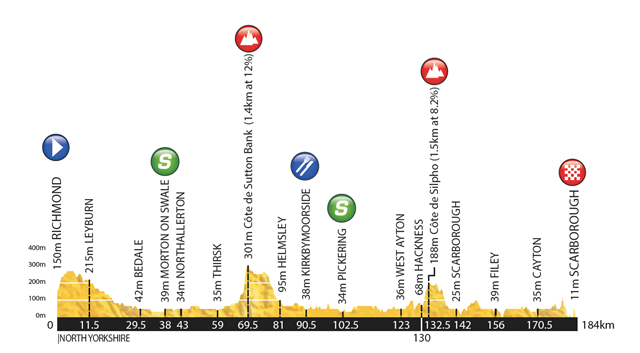 From Richmond’s historic marketplace the peloton will ride east towards Scarborough, tackling two famous Yorkshire climbs before a flat finish at the seaside. 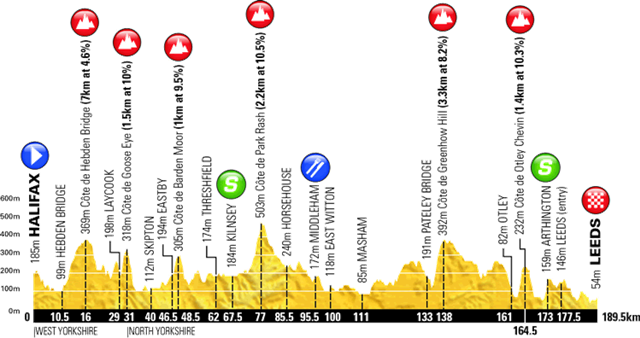 A small and somewhat unthreatening dog seems a poor choice of name for this fearsome route.

At just shy of 190km, stage four takes in Hebden Bridge climb, then on to Goose Eye, Barden Moor and Park Rash. It’s relentless topography includes a number of testing ascents and descents through stunning national parks to eventually lead the riders back to where it all began -at the same spot where the Tour de France started in 2014. 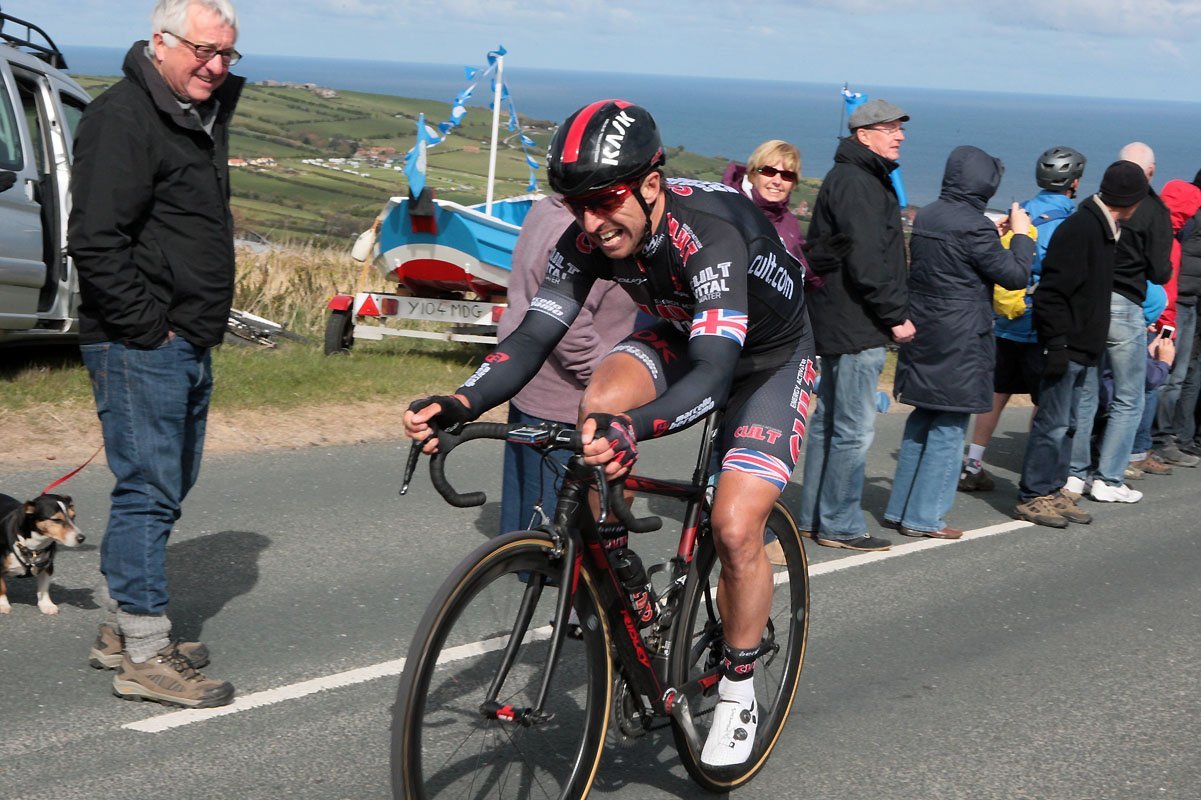 Overall, the cyclists will cover 436 miles. If you want to cheer on some of the world’s best riders tackling these challenging routes, then you can view exact start and finish locations, along with distance and profile of each stage here as interactive maps.

If you aren’t content to watch the events unfold from your TV set, and fancy getting a feel for the route yourself before the pros take the stage, why not sign up for the Maserati Tour De Yorkshire Ride – a sportive with all the bells and whistles of the main event (well, almost!)

Alternatively, if that sounds too energetic, you could try the Sustrans slow tour of Yorkshire, 21 routes with the same breathtaking scenery but less of the breathtaking ascents, covering nature reserves, historic areas, and coastal paths. All to be tackled at your own pace.

A large group of goats is called a herd. – You know that already - welcome to The Herd