On Friday 3rd November at 6.11pm, British amateur adventurers Aaron Rolph and Paul Guest crossed over the border from Bulgaria to Greece on their bicycles – their 14th country in seven days, having cycled a total distance of over 1800kms.

Upon doing so, they broke the long-standing World Record for the most countries visited by bicycle in seven days by a team. The men cycled for an average of 15 hours per day, including over 12,000m of ascent. The entire cycle was completely unsupported as per the requirements of Guinness World Records.

Starting in Poland, their epic journey continued through The Czech Republic, Slovakia, Austria, Hungary, Slovenia, Croatia, Bosnia, Serbia, Montenegro, Albania, Macedonia, Bulgaria and Greece. They also cycled through Kosovo, though this is not recognised as a country by the Guinness World Record Guidelines.

Storm Herwart wreaked havoc across several of the countries the men cycled through. The storm caused floods and uprooted trees, and killed six people in Poland and The Czech Republic.
With temperatures as low as -10°C and winds of over 80km per hour, the weather was brutal, but the men maintained an average daily distance of over 250kms to complete the mammoth undertaking. 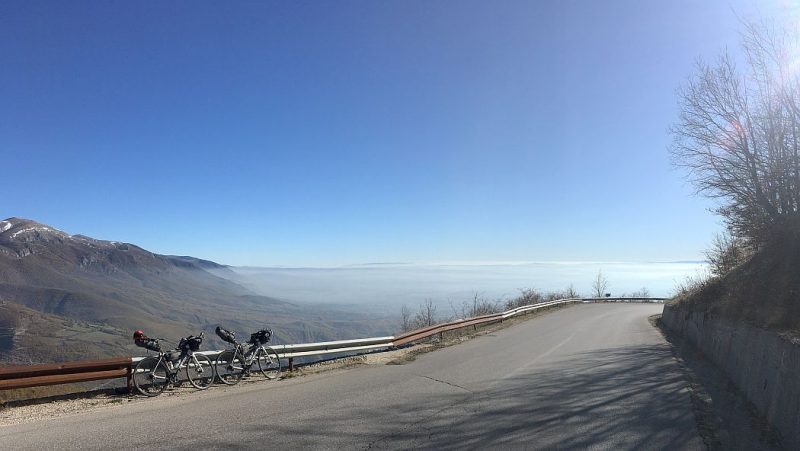 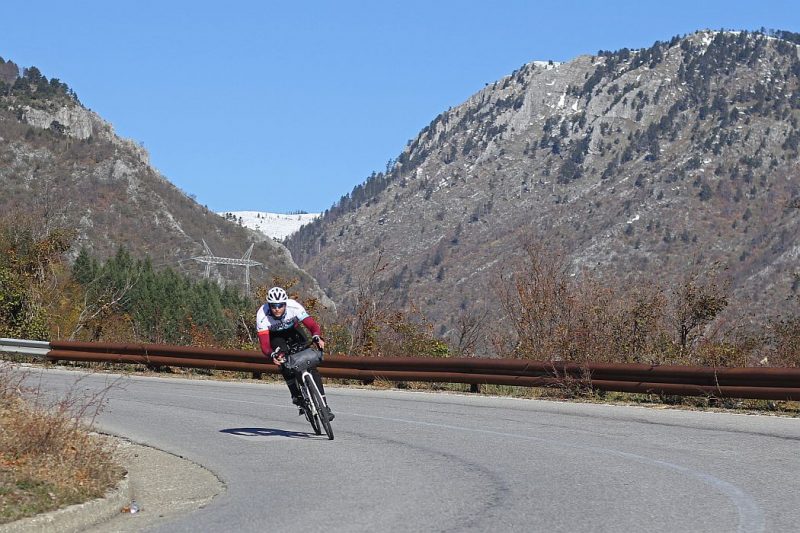 The men cycled through some of the most spectacular and remote regions in Eastern Europe, including the famous mountain pass of Mali I Zhlebit in Serbia and the beautiful area of no-man’s land between Montenegro and Kosovo. As well as seeing some incredible scenery, the amateur adventurer enthusiasts highlighted the most fulfilling part of the journey was the people they met:

“The constant kindness and friendliness of everyone along the way took us back. We met some wonderful people, everyone from petrol station attendants to school kids chatting to us as we waited at traffic lights. The smiles, waves and words of support from complete strangers were the single best motivational boost when times were a bit tough. Many of them also agreed to be witnesses for the Guinness World Records Logbook.” Paul Guest.

The project, Breaking Borders, was the launch of a new charity founded by Aaron, Paul and Edward Ghilks – The British Adventure Rescue Trust. Not only did they manage to cycle almost incessantly for seven days, they have also managed to raise over £1,500 for their new charity so far.

“We’ve founded the charity as part of a collaboration with rescue services in the UK. These are the men and woman who save us when we get into trouble anywhere in the UK. We want to support them and showcase the wonderful work the volunteers and staff do day in, day out, saving people’s lives.” Aaron Rolph.

The Just Giving donation page for the challenge is:
https://www.justgiving.com/crowdfunding/breakingborders?utm_id=68

For more information about the British Adventure Collective and the challenge:
https://www.britishadventurecollective.com/breakingborders