After the slight disappointment of Ironman 70.3 Mallorca last month it was time again for Team Jones (The Wife and I) to take on the inaugural Ironman 70.3 Staffordshire. I won’t go into the logistical nightmare of having T1 and T2 20 miles apart or we would be here all day.

A 5am start after kindly being hosted by some friends who lived 3 miles from Chasewater Reservoir bike was pre race checked and we were sat on the pontoon wetsuited up to keep warm watching the Pro men and women set off.

0810 and it was my turn, the horn sounded and we were off, I made a relatively good start jumping on the feet of a faster swimmer and getting pulled through the first 400m to the first turning buoy.

At this point we had started to catch the wave in front and going off last didn’t make my job easier having to swim, cycle, run through 1700 athletes. Unfortunately I lost the feet of the lead pack somewhere and got caught in no mans land having to sight every stroke to avoid people making my swim time a little slower than hoped but I was soon out the Lake in 8th Position, a 300m run, through T1, helmet on and into my comfort zone on the Lios Javelin. 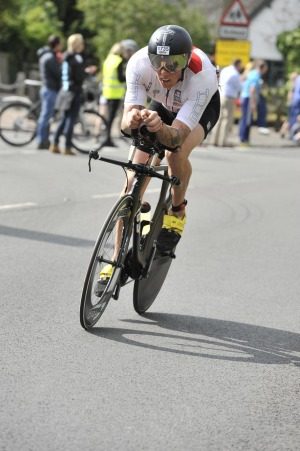 I have been doing a lot of time trialling thanks to the RN Cycling Team over the last month so had a killer race plan of ride it like a 56 mile time trial and see what happens. The course was a little bumpy to say the least and definitely not fast and flat as posted by Ironman.

The first 10 miles was pretty technical incorporating a few single track lanes and tight bends on pretty poor serviced roads however I just kept the power pushing through the pedals screaming keep left to the waves of people I was going past praying that they wouldn’t pull out and take me out (apologies if I offended anyone)!

1 hour into the bike I looked down at the Watt meter and realised that I was pretty much going at 25 mile TT pace but still felt super strong so kept it up until 80k trying to maintain an optimal aero position the whole time.

10k to go and it was time to up the cadence and start thinking about getting the legs ready for the half marathon.

Unknown to me at the time I had set the 5th Fastest bike split of the day overall (2hrs 21mins) and was just 30 secs off Javier Gomez time! 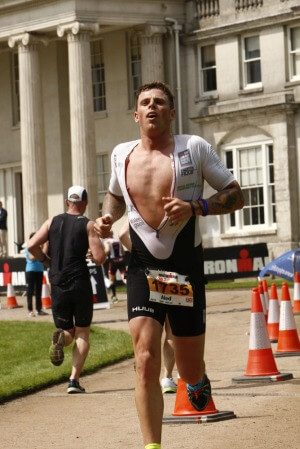 Bike racked and trainers on, I had no idea how my legs were going to respond as I had run only 3 times on a treadmill in the last 3 months with my achillies injury but I wasn’t going to let the same happen as in Mallorca so went out hard.

The 1st lap of 3 went well with the legs responding and felt surprisingly light and I was running through the field, about 14k in and I was starting to feel the effects of zero running training and new it was going to be a dark dark last lap.

Double tapping the caffeine gels and getting driven on by the amazing support around the run course I just kept telling myself next aid station and your there, finally I was crossing the line in 4hours 26 mins still not knowing how I had placed.

After a call to my Dad he confirmed that I had won my age group and had finished 11th overall being the fastest non professional, which I couldn’t actually believe at the time as my overall run time was about 10 mins down on what I can do fit. 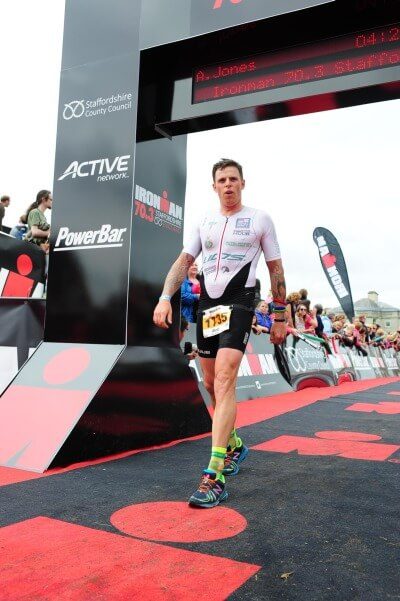 It was my time then to be supporter and before I knew it my wife was running down the red carpet finishing 7th in her age cat in 5hours 49mins. 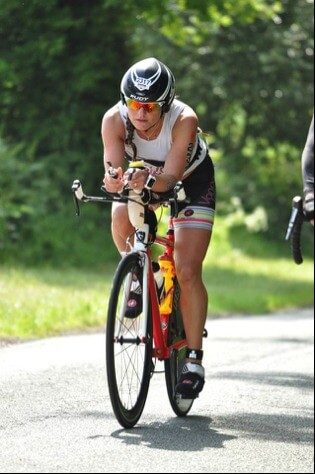 As well as the individual event the Royal Navy Triathlon had entered into the Tri Club programme Division II and with some great results by all 10 members racing we had won the Division.

Wining today has qualified for me World 70.3 Championships in Zell Am See, Austria on 30th August which together with fellow RM and Lios Triathlete Ryan Kestle (who also qualified today) will be racing.

Many thanks firstly to my Parents for their continued support and loaning me a tri bike 3 years ago, getting me into the sport of Triathlon, the Wife for putting up with me, The RMSA, Royal Navy Triathlon, Steve @liosbikes for building me an absolute flying machine in the Lios Javelin and Tim @StolenGoat for making me look good on it, without all of your continued support none of this would have been possible.