Cycling clothing has come along way in the last few years. It wasn’t that long ago that all cyclists had a very limited choice of cycle clothing, most of it was poorly fitting or uncomfortable and not properly suited to all day efforts. And as far as style goes… it seemed that cyclists weren’t aloud anything that could be passed off as a stylish garment.

Fast forward to 2014 and the range of cycling clothing on the market is quite simply huge. Whether you are a beginner road cyclist, seasoned commuter or occasional mountain biker there is now a plethora of options open to you.

A mass of new options is one thing, but more importantly there is now an array of garments that fall into a specialist category of cycling clothing. Cycling clothing for men and women that performs just beautifully, cycling clothing that looks great and fits… just so. This new breed of cycling clothing has mostly emerged this year and I believe it’s going to change our perceptions of how and when we can ride…

Reflectivity – But Not As We Know It 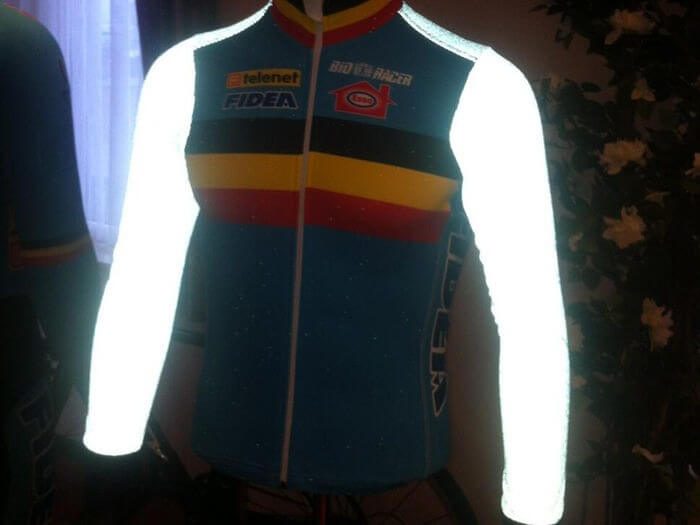 High viz clothing is nothing particularly new. Cycling clothing has long made use of bright neon colours and reflective strips. Interestingly a recent study into cycle clothing safety has shown that reflectivity is far more effective than so called High-Viz clothing.

So that’s good… we can now dispel the myths that we all need to be wearing luminous yellow cycle clothing as we ride around. But how do we maximize the reflectivity of our garments?

This year there have been a number of brands stepping up to the plate on this front. Howies brought out a reflective shirt which looked great for cycling commuters. The best bit about this new breed of reflective clothing is that the reflectivity remains dormant in the clothing until a light is directed at it. Which means by day you can be a super stylish rider and by night your hyper reflective alter ego can jump on the bike ready for action.

As far as I’ve seen, Bioracer offer the best examples of this technology. And indeed our 2014 Winter range will incorporate this wonderful “pixel” technology.

If you’ve ever worn one of those “boil in a bag” rain jackets you’ll know exactly what I’m talking about. Waterproof jackets generally make you sweat so much that you drown from the inside out! This is mostly due to the low tech fabrics that we use but another factor is the weather… quite often, in this country, it rains. But it’s not always cold and raining, it’s often mild and raining, which means that if you’re putting any sort of effort into riding then you probably don’t want to be putting a full jacket on just to keep dry!

Well, technology has got to the point now that cycling jerseys can be waterproof, wind proof and breathable all at the same time. There are a few jerseys on the market that achieve 2 of these things, but we are soon to be releasing one that achieves ALL of these things. I’m very excited about this as you may have noticed!

It’s not necessarily new for 2014 but the level of fit that is being developed right now is becoming increasingly impressive. Companies like Castelli and Bioracer are really raising the bar for the whole industry. And it features heavily in the new breed of custom clothing, meaning that regular teams and clubs can train and race in state of the art cycle clothing.

Quite simply, there is no excuse for not manufacturing clothing that fits extremely well. All brands in the mix need to ensure this or simply get out of the game. Take no prisoners people!

The Future Is Bright Indeed

We will soon be launching our Winter Cycling Range. It’s taking a bit longer than expected but the wait will be oh so worth it. We’ll be bringing high tech super cycling clothing to market at a direct to consumer price. It should be interesting to say the least.

Those on the newsletter will be first to know and will also get an exclusive launch party discount. So make sure you are subscribed…