As I write this, there are only ten more sleeps to go! I’m sure, given the history of the event, and the landmark 100th edition – this year will be full of drama. 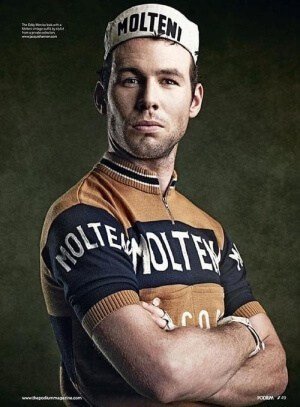 This year, for me – is all about the battle between Mark Cavendish and Peter Sagan for the green jersey.

Sagan is in great shape coming into the Tour and he is one of the few men to have beaten Cav in a head down sprint to the line. But Cavendish seems to contually have a point to prove – to his team, to the nation and to himself. It’s always a joy to watch Cav unload his speed at the end of a long stage, particularly when the lead out train has been well constructed.

Cavendish is also desperate to have a go at wearing the yellow jersey so he will be putting maximum effort into the early stages. (picture from pinterest)

That’s before we even talk about the overall winner of the much cherished Yellow Jersey. With Wiggins out the picture due to injury, everyone has already bookmarked Froome as the natural victor after last year’s performance and this season’s successes. But Contador is starting to show some real form and Cadel Evans, who would be the oldest man to win the Tour should he come home first in Paris certainly has a point to prove. I’m certainly not betting against Froome though, especially given the robotic efficiency of Team Sky. 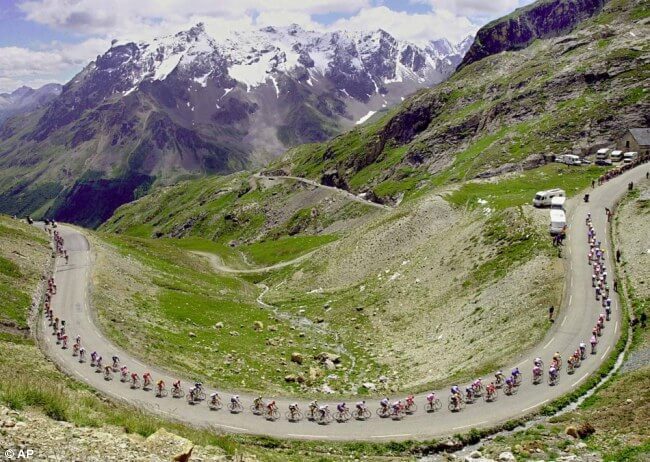 The Tour de France is not a bike race, it’s a drama involving team politics, personal battles, glorious landscapes, treacherous conditions, arduous climbs, heart stopping descents and day after day after day of riders pushing themselves to the edge of destruction and back.

Despite stages that are epic in terms of length, the TdF is somehow exciting to watch even to people who aren’t cycling nuts.

I stood next to a chap at the sideline of the British Olympics Road Race who passionately expressed his love of watching the Tour de France despite not having a clue about what is going on, who the riders are and how any of the classifications work.

He watches each and every stage in full, every year – simply for the drama and the glorious French backdrops that look so stunning in HD. Enough said.

The Tour de France takes its toll on a man, and to win (ahem, without doping) – takes a lot of courage, dedication and a scarily low body fat percentage. It also takes a massive amount of focus, especially when dealing with over enthusiastic fans – as skinny armed Andy Schleck knows all too well (picture credit)… 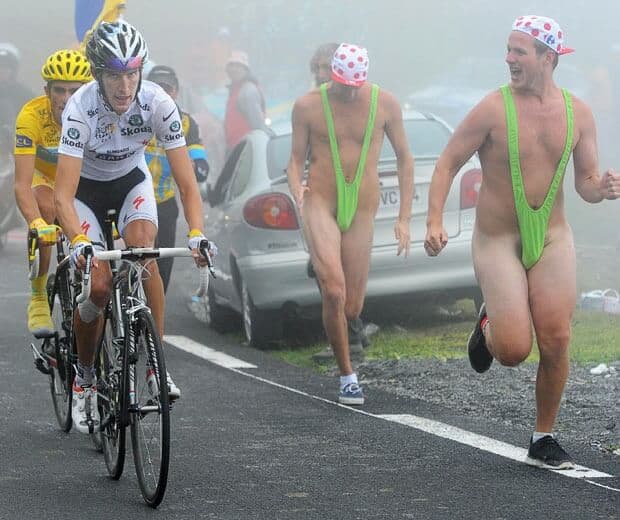 Enjoy the ride folks, this year is set to be a good one :-)